How do you stop a mass shooting before it starts? Here’s an idea:

How about if FBI agents actually investigate when threat after threat is called into your tipline?

I’ve written previously about numerous warning signs about Nikolas Cruz were ignored before he shot up Marjorie Stoneman Douglas High School on Valentine’s Day. The FBI was well aware of Cruz and his potential to become violent before the horrific event in which 17 people lost their lives ever occurred.

The first report about Cruz’s potential to become a school shooter came last September, a couple of months before his mother died of the flu.

The worst thing of all, though, is that the FBI received more than one credible tip about Nikolas Cruz’s potential to be a school shooter.

The first one was in September when he made the following statement on Ben Bennight’s YouTube channel.

“Im [sic] going to be a professional school shooter.”

He signed it with his real name.

Bennight tried to email the FBI’s tip line and when his email bounced, he called the local field office. He reported the comment and two FBI agents took his statement. The FBI said:

“In September 2017, the FBI received information about a comment made on a YouTube channel. The comment said, ‘I’m going to be a professional school shooter.’ No other information was included in the comment which would indicate a particular time, location, or the true identity of the person who posted the comment,” said a statement released by Jackson, Miss., FBI field office spokesman Brett Car. “The FBI conducted database reviews and other checks, but was unable to further identify the person who posted the comment.” (source)

Bennight did everything he could to help the FBI. (Here’s the video he posted about it.) 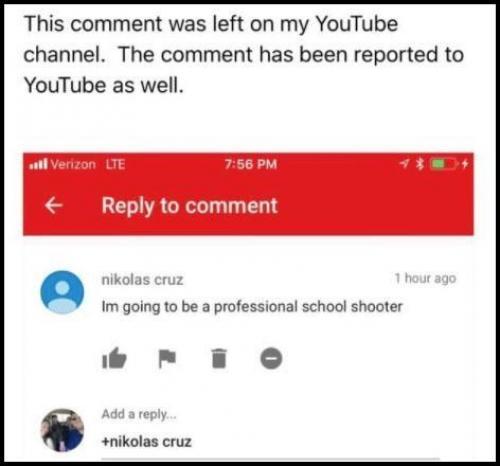 While the FBI questioned Bennight, they never contacted Google, who owns YouTube and could have given them the IP address to assist them in finding the commenter (who used his own name).

And it gets worse.

There was another warning that was completely ignored by the FBI.

On January 5th, a month before the shooting, an extremely credible threat was phoned into the FBI’s tipline. You can see the transcript below, and I’ve highlighted some particularly chilling segments. 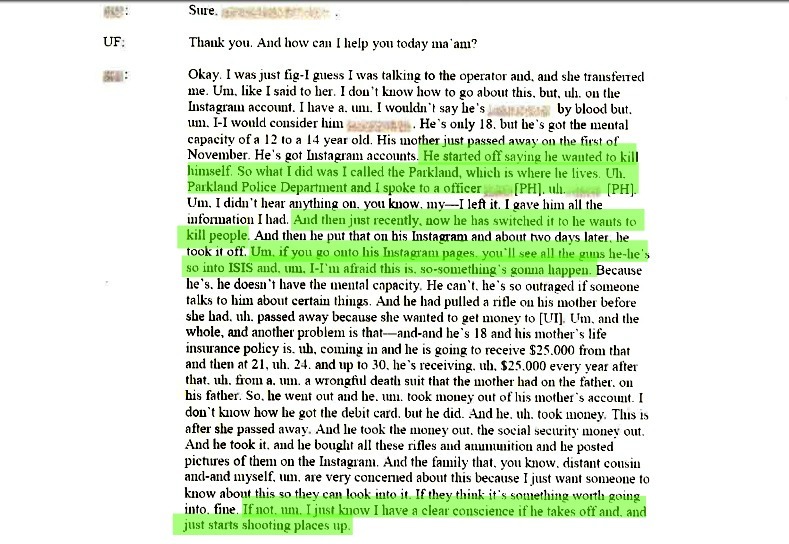 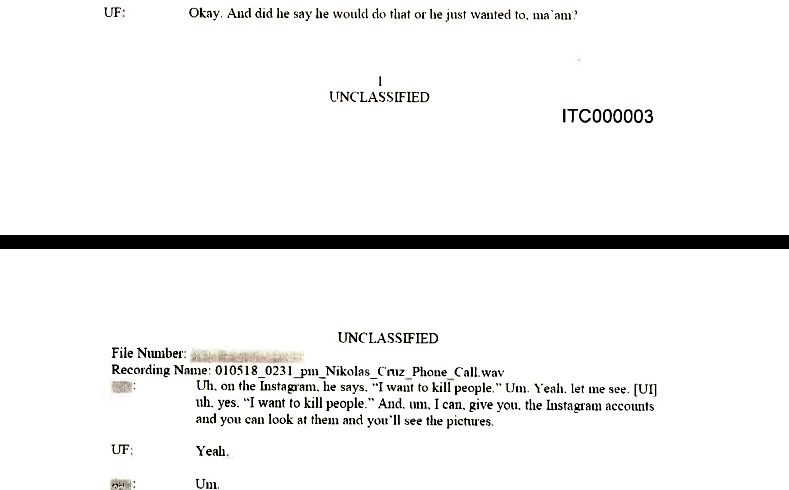 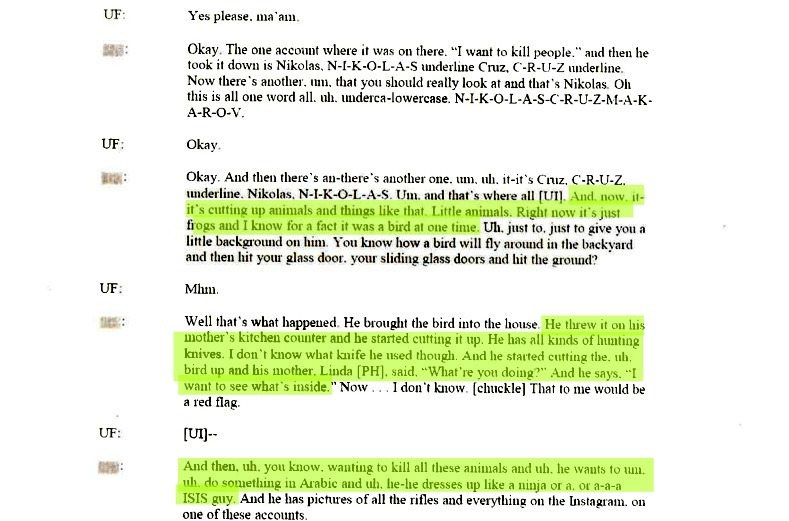 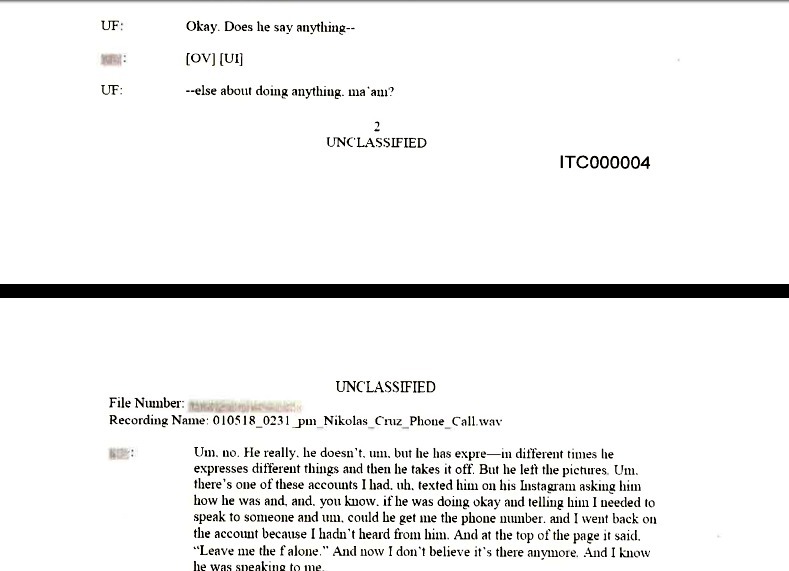 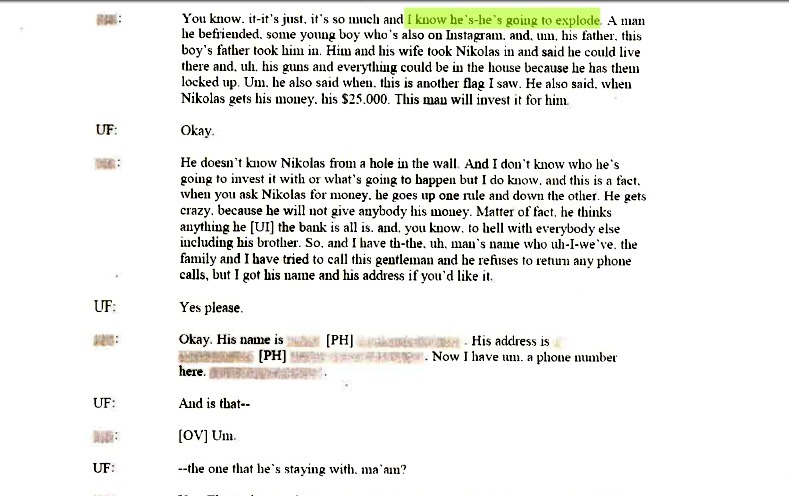 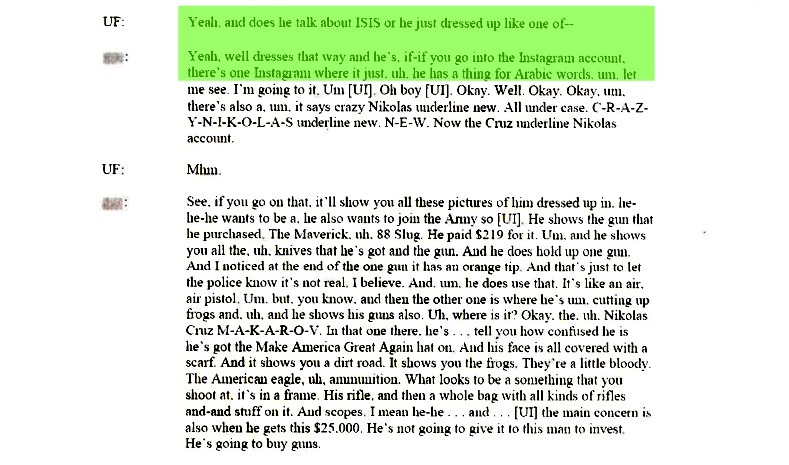 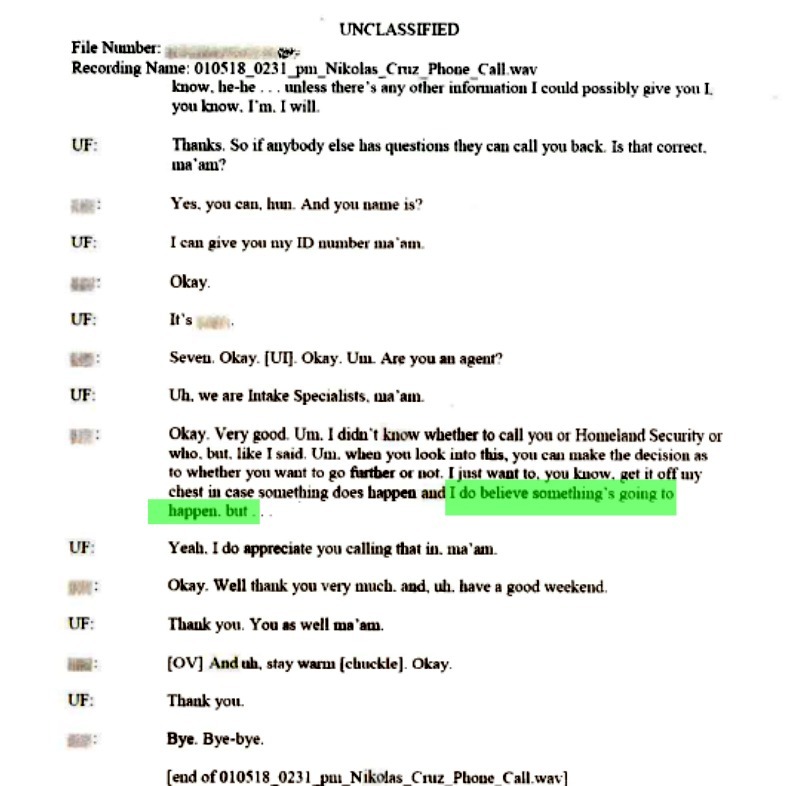 You can download the FBI transcript HERE. (I always like to save things like this to my own server, since they have a way of vanishing.)

So, what happened after this alarming phone call?

And the FBI admitted it in an official statement

On January 5, 2018, a person close to Nikolas Cruz contacted the FBI’s Public Access Line (PAL) tipline to report concerns about him. The caller provided information about Cruz’s gun ownership, desire to kill people, erratic behavior, and disturbing social media posts, as well as the potential of him conducting a school shooting.

We have determined that these protocols were not followed for the information received by the PAL on January 5. The information was not provided to the Miami Field Office, and no further investigation was conducted at that time. (source)

Wow, I sure am glad we have the FBI to “protect” us.

These epic failures could have stopped 17 murders and infinite trauma had the FBI just done their jobs.

And I’m not through. Tomorrow, I’ll crucify the Coward County Sheriff and his deputies who did nothing while people were being murdered by an untrained 19-year-old.

Armed and Dangerous: If Police Don’t Have to Protect the Public, What Good Are They?