Home»Commentary»Collectible Weapons: How to Protect Your Wealth – and Your Family – With Valuable Guns
Commentary

Collectible Weapons: How to Protect Your Wealth – and Your Family – With Valuable Guns

It’s an unusual means of investment, but one that we think will appeal to our readers on a deep level: collectible weapons.

There are a number of advantages to investing in collectible weapons that will appeal both to those who love weapons and those who keep an eye on their money. Indeed, this is a popular investment category for people who like something a little more durable than stocks, bonds and cryptocurrency. They can also provide protection during uncertain times.

Antique weapons in particular can be an attractive means of investing – after all, like land, they’re not making any more. Like any antique investment, it helps to have an eye for the material at hand. You’ll have to be able to appraise both the current condition of the weapon and have some idea of how its value might appreciate in the future.

The good news is that firearms made before 1899 are not covered by federal firearms laws, though they might be regulated by your state. This also means that, even in the event that Joe Biden is installed as President and the Senate goes Democratic, that barring a sweeping change in firearms law – certainly not out of the question, but also not very likely – no background check will be required to buy or sell your antique firearms made before 1899, which are covered by a special carveout under federal firearms law.

What’s more, there are a number of weapons on a special ATF list that are not subject to the same background check laws as other firearms. This includes guns like the World War I-era US Military Colt 1911 Pistol .45. These are historically significant firearms that are at least 50 years old – but note that “50 years old” now goes up to the end of the 1960s. With sweeping firearms bans potentially coming down the pike, firearms not subject even to the old rules might well skyrocket in value as other avenues of self defense are closed off.

The price point for entry in the antique firearms market is about $1,500, though more common and desired weapons go for about $2,500 as of this writing. Knives and swords are also purchased by people looking to invest in collectible weapons and, as far as we know, there are no plans to make sweeping restrictions on the purchase of these.

When you buy an antique firearm, it’s extremely unlikely that the value is going to go down. While it’s true that the broader trends of the weapons market change, there are some models, like the Winchester Model 1873, that never go out of style and are always sought after by people who are trying to get into the market. Condition of the weapon and its rarity always play a role in the purchase price.

From the perspective of someone who is actually planning to use the weapon as well as purchase it, you can’t really do better than the classic weapons that are so sought after by collectors.

How to Begin Purchasing Collectible Firearms 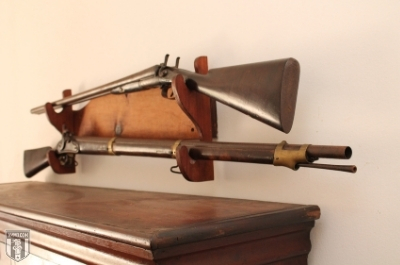 You can purchase antique, collectible firearms at auctions or gun shows, as well as in private transactions. However, as with any private firearms transaction, you need to be cautious when making such a purchase for both legal and economic reasons – the buyer must always beware, but this is doubly true when dealing with private sellers.

There are two types of investors in collectible weapons, broadly speaking, known as “treasure hunters” and “connoisseurs.” Determining which you are will be helpful in terms of figuring out how to begin investing in firearms. Each fits in with a particular personality type.

Which of these should you be? Honestly, the better question is “which of these are you already?” If you like going antiquing or yard saling or picking through people’s junk, you’re already a treasure hunter. If you have an affinity for a particular kind of antique weapon, you’re already a connoisseur. The issue is just figuring out how you’re going to incorporate investing in collectible weapons into your pre-existing personality type.

Much like stocks, there are a number of weapons that are simply always a good purchase because they gain value consistently, if not quickly and wildly. At the very least, they are not going to lose value – meaning that if you ever want to cash out your investment, you will get back what you paid. These weapons include but are by no means limited to:

And then, on the opposite end of the spectrum, we have weapons that are virtually always bad investments. This isn’t because the weapons are bad guns. On the contrary, you will likely look at this list and think at least once: “Hey, I own one of those and it’s a great gun!” Sure, it’s a great gun, but it’s a lousy investment because it probably lost a lot of value the second that you completed the purchase and walked it out to your car.

The two worst investments? Any kind of AR or AK build. Again, this isn’t because there’s anything wrong with either of these. It’s just that there’s so many of them that there’s little chance they will become collectible at any point during your lifetime. There are occasionally spikes in prices due to fears of a ban, but they’re not solid investments.

Evaluating the Value of Collectible Weapons 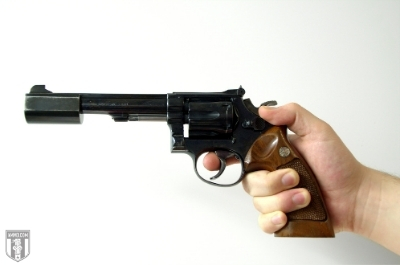 At some point, you will have to familiarize yourself with and get a working knowledge of the Blue Book of Gun Values. As the name would imply, this is what people use to evaluate their knowledge of weaponry in the investors market. Online gun marketplaces can also give you an idea of which weapons are likely to increase in value over the long and short term.

Some of the factors to look at when purchasing weapons include:

One tip? Buy guns that you like. In some cases, it can take decades for a weapon’s value to increase. So if you’re not enjoying the weapon while you wait for its value to appreciate, you’re simply collecting paperweights.

Finally, for those who want to invest in weapons but aren’t interested in the weapons themselves, there’s the stock market. Gun sales were booming in the spring of 2020 and the stock market reflected this boom in prices. This is a particularly attractive option for people who like guns, and like the idea of guns, but aren’t looking to get themselves a safe full of them.

Either way, you decide to invest, one thing is for certain: the future is a bright place for people who put their money behind weapons.

Article posted with permission from Ammo.com

Victory: U.S. Supreme Court Rules in Favor of Individuals Wrongly Placed on ‘No Fly List’ as Retaliation for Not Spying on Religious Brethren

Collectible Weapons: How to Protect Your Wealth – and Your Family – With Valuable Guns