Home»US»Facebook Targets Woman For Thanking People For Prayer, Posting About Grace & More
US

SonsOfLibertyMedia.com has been targeted by virtually every major social media platform, including Facebook, Twitter, YouTube and Google. We are in the process now of filing a lawsuit against them and have told them not to destroy any evidence pertaining to our account. However, what happens when simple individuals, who came to the platform for a variety of reasons, some of which were to keep in touch with family and friends, others to engage politically, others for business, and some to share their Christian faith? Well, they are being targeted by Facebook with unethical, even criminal means and all for the sake of money.

Amy J. Patria is one of those people that has been targeted by Facebook for simply posting things that pertain to her faith in the Lord Jesus Christ.

We have been friends on Facebook for some time now and recently, she sent me screenshots from her phone of how Facebook blocked her content claiming that it violated their Community Standards.

For instance, posting, “The prayers of MANY have saved my life and my soul.  Thank you all for continued prayers” is apparently against Facebook’s Community Standards. 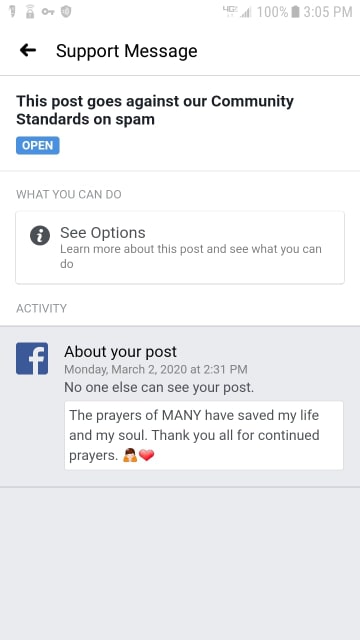 I thought Facebook was against bullying and attacking one’s religious beliefs.  Oh, wait, that’s only if they are followers of Islam, right?

Amy was also targeted for this post, which expresses, “Loved this.  Hit a little too close to home.  But, it’s a great example of the grace, forgiveness and redemption we receive through Christ’s sacrifice for us.” 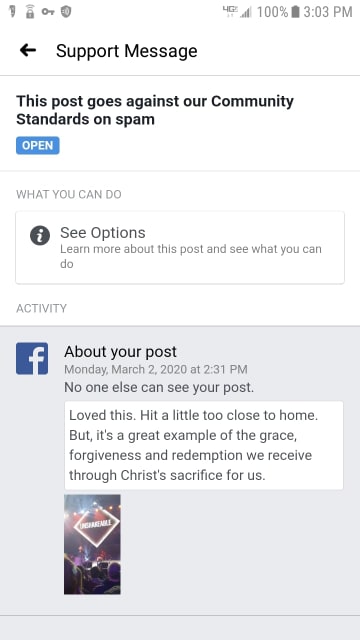 Talk about attacking a woman’s faith!

Amy also had the following posts censored for going against their Community Standards.  Most of these have to do with the crimes of Child Protective Services, and at least one dealt with the LGBTQ agenda. 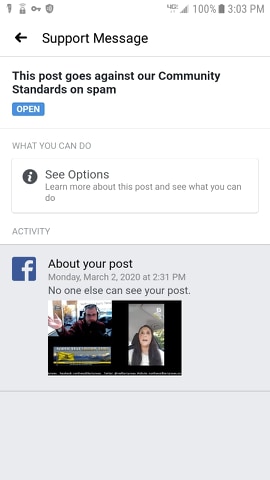 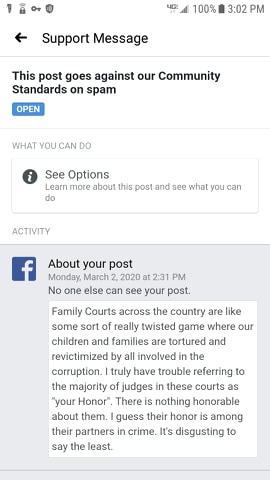 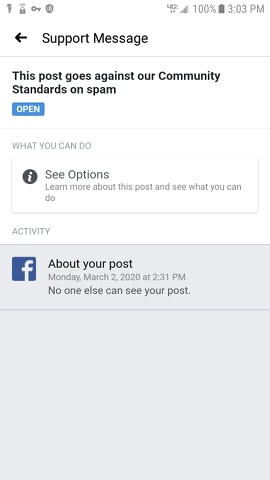 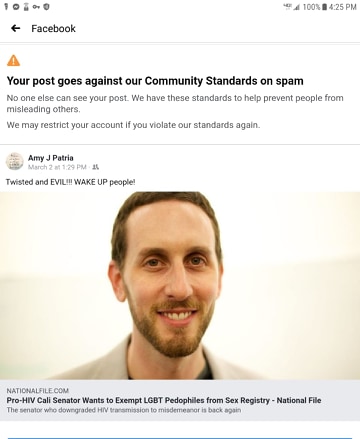 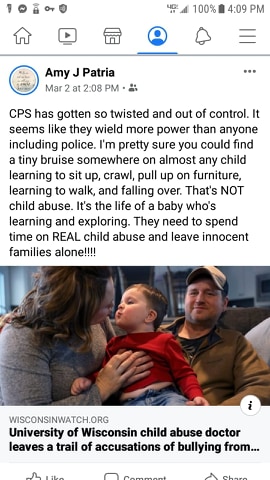 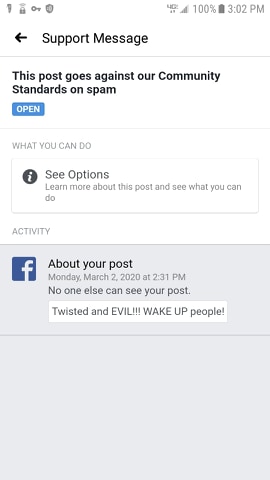 I agree, Facebook doesn’t have standards, at least they are not consistent in them.

As one indicates above, Amy didn’t even know what was censored because it was not identified.

They have targeted her for faith-based posts as well as standing up for families that have been falsely accused and responding to a dishonorable judge.

Facebook’s Community Standards are a joke, but their actions are simply criminal.

Recently, I interviewed Jason Fyk, who is currently in the Ninth Circuit Court of Appeals and will make his way to the US Supreme Court over Facebook’s anti-trust violations.  Should he win, serious monetary and policy changes will have to be dealt with at Facebook, but it will open every one of these social media giants up to be dealt justice on behalf of the people they have raped and pillaged, made a fortune on and even interfered with US elections against those same people.

Fyk vs. Facebook: How One Man Is Exposing Facebook’s Crimes Against The People

Here’s the interview with Jason.

History of the ATF: How the Bureau of Alcohol, Tobacco & Firearms Became Corrupt & Abusive