When a political group attacks a sitting president and targets him for impeachment over something people in their own party did, that’s a political attack and it’s sedition.  While the current, appointed Sheriff of Lee County, Carmine Marceno, doesn’t deny the documented evidence against him for committing perjury, fraud and impersonating a police officer, he has attacked those who are calling for an investigation into what is multiple felonies on his part.  In the latest letter submitted by former Lee County Sheriff Rodney Shoap to the Florida Department of Law Enforcement (FDLE), he not only calls out Sheriff Marceno’s “police officer certification fraud,” but presents evidence I have previously not reported on, and that is that Marceno knowingly allowed the time of his approval to expire to take the Equivalency of Training test, which he should have never been allowed to take in the first place under Florida law.

Shoap’s letter, dated September 30, 2019 (a typo of 31), was sent to Rick Swearingen, Commissioner of FDLE.  Sheriff Shoap points out that he had received many complaints from people in the area after Marceno was appointed sheriff by then-Governor Rick Scott.

However, in digging into documents provided by a variety of sources, including the Suffolk County Police in New York, as well as Naples Police Department, Collier County Sheriff’s Office and Lee County Sheriff’s Office, Shoap is convinced that Carmine Marceno is a fraud and has committed multiple crimes, which he communicated and documented to FDLE.

“Carmine Marceno attended the Suffolk County, New York police academy about 20 years ago. He was employed as a Suffolk County Park Ranger, but only the position of a part time seasonal ranger, never full time employment,” wrote Shoap.  “Florida law clearly dictates the following prerequisites for out of state candidates applying to take the Florida Police Officer’s exam. First, the candidate must have completed a regular police academy meeting Florida standards; and second, the candidate must have worked as a full time law enforcement officer for 12 full months. Otherwise, in lieu of meeting the two prerequisites, the candidate must attend a regular Florida Police Academy prior to taking the Florida Police Officer Certification Exam.”

These are items I have documented on many occasions.

“While this seems like a small thing, it is Florida’s rule of law,” wrote Shoap.  “Mr. Marceno subsequently avoided attending a Florida academy by use of a fraudulent and expired FDLE form 76 and was able to attend the equivalency of training class and take the exam. Even after that additional training Mr. Marceno failed the exam the first two times. And Commissioner, other police officers in Florida; one in particular comes to mind in Lee County, were terminated and lost their certifications over the exact same thing.”

Here are the documents Shoap presented to make his case. 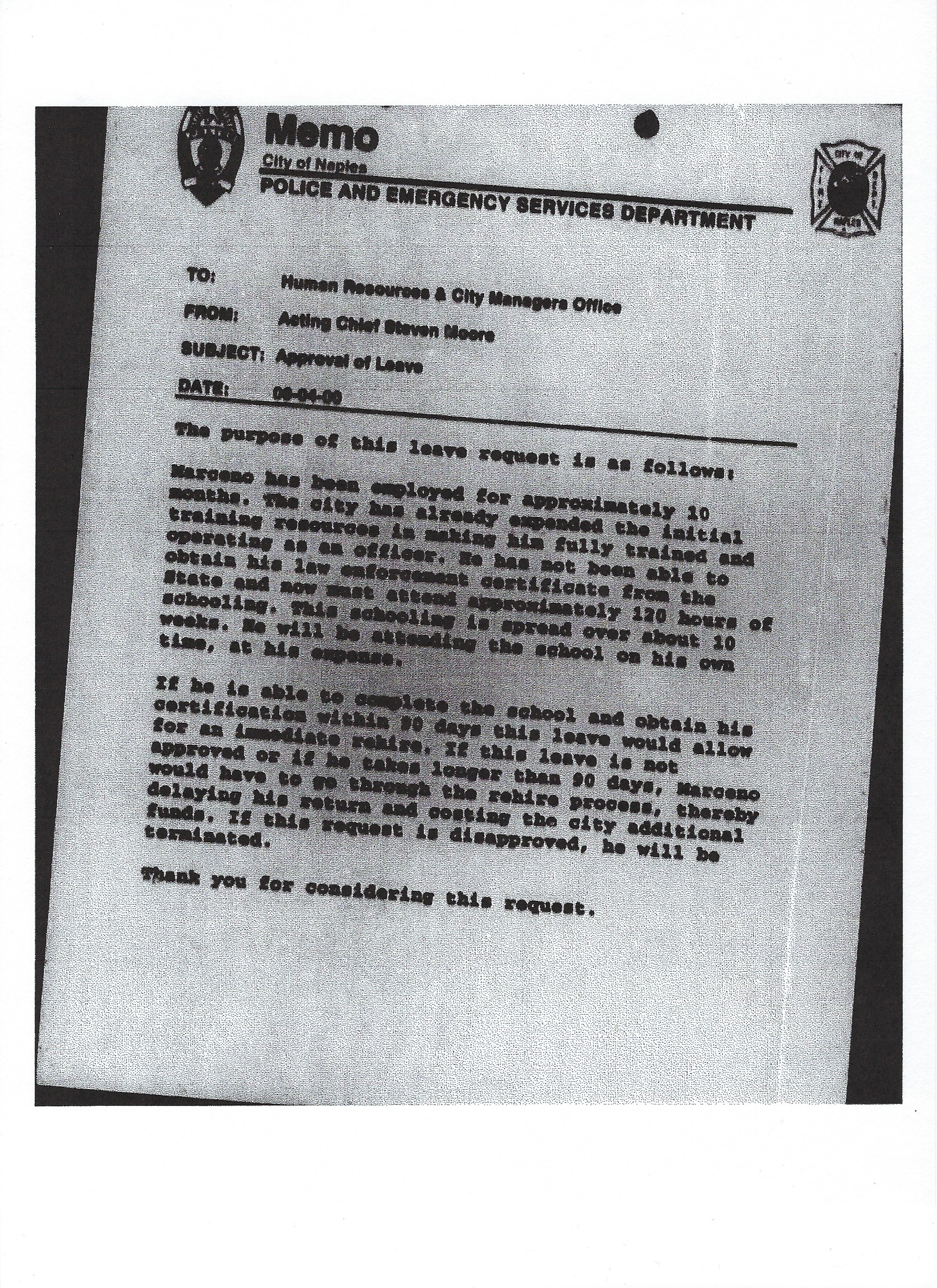 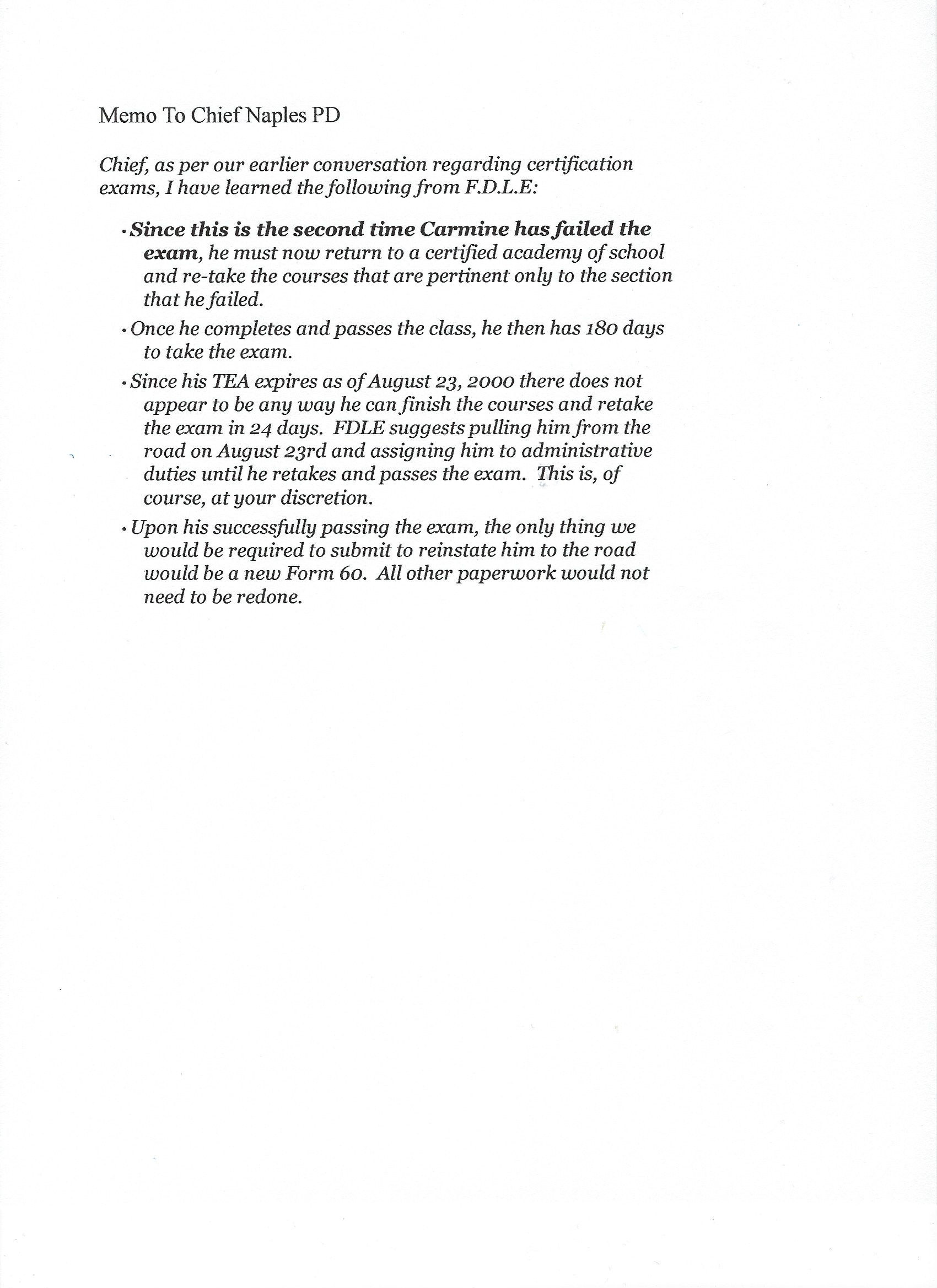 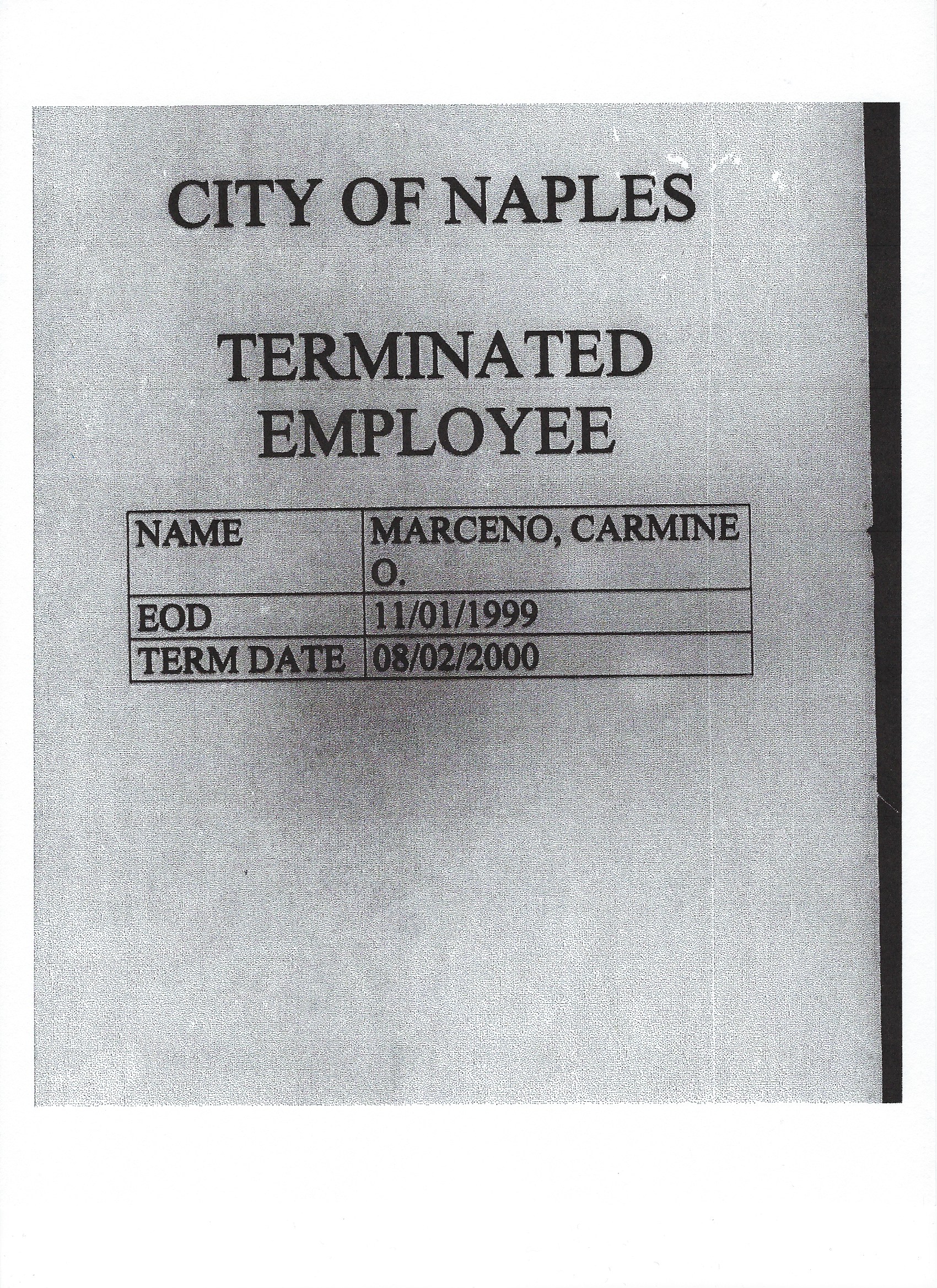 Sheriff Shoap advised FDLE that the Florida Ethics Commission is currently investigating Marceno based on his complaint regarding Marceno’s unethical pursuit of a sexual relationship with a victim of crime, Deanna Williams, dating her and engaging in sexual intercourse in a police vehicle, which are all violations of FDLE’s own ethics on their website.  Again, these are things that FDLE has ignored from this reporter on several occasions.

Shoap also points out the Marceno promised to keep Ms. Williams from being victimized further, but instead, he took advantage of her and when she became pregnant with his child, this self-professed “Republican” and “pro-life” politician demanded she murder their unborn baby for the sake of his career.

Shoap informed FDLE that Ms. Williams has been contacted by several women saying that Marceno pursued them, as well.

I have seen text and private messages from at least three women attesting to this fact.  I have also been advised of two other women who have acknowledged that he took advantage of them due to minor infraction of the law they had engaged in.  In fact, Ms. Williams has alleged that she is aware that he was seeing at least two, possibly three other women at the time he was seeing her, one of those women lives in Hawaii, which interestingly enough, is where he was at when Ms. Williams filed the paternity suit against him.

Several of these women are afraid to come forward after watching how Ms. Williams‘ good name has been dragged through the mud with little to know real reporting on the truth and documentation of Marceno’s crimes by the Florida media.

“One of my biggest fears is to find out that Marceno is a predator and we did nothing about it,” writes Shoap.

Sheriff Shoap added, “When Sheriff Scott retired, several other candidates applied for the appointment. Others had college degrees, prior experience as an appointed and elected Sheriff, etc. This was a pure political appointment and I understand that. But Mr. Marceno does not have the resume to apply for any police chief’s position. The requirements raise the bar for police chiefs. Why should Lee County accept less?”

“Every day that Mr. Marceno gets up, puts his uniform on and goes to work he commits the Felony crime of: Impersonating a Police Officer, Shoap continued. “In my opinion an investigation is certainly appropriate.”

Commissioner Rick Swearingen is the latest in a long line of people who will now be responsible for the continued crimes of Sheriff Carmine Marceno if he does not follow through with an investigation and ultimately, prosecution of this man.  Governor Ron DeSantis has ignored the obvious documentation of Marceno’s felonies, perjuries and unethical behavior.  FDLE has skirted once before.  Attorney General Ashley Moody has also ignored it, though she is fully aware of the documents and allegations against Marceno.  The Florida Commission on Ethics is now in the middle of an investigation of Marceno’s actions.

It’s past time for Carmine Marceno to be brought to justice.

“Shoap Evidence Against Sher… by Tim Brown on Scribd

How the Feds, NASBE & Special Interests Groups Are Looking To Pigeonhole You & Your Children Into A Communist Workforce