Everyone knew it was coming.  Billionaire pedophile Jeffrey Epstein is dead.  It is alleged that he “committed suicide” while on suicide watch and being monitored by multiple guards and cameras… and yet, he managed to do it.  Yeah, right.

Exclusive sources for LauraLoomer.us tell us that at around 6:20 am EST, Manhattan Correctional Center (MCC) requested First Responders for an inmate who was found unresponsive.

Jeffrey Epstein, 66, was found unresponsive this morning in his cell in his bed, and was cold to touch when correctional officers entered to wake him for breakfast. Our sources say that there were no injuries visible and they began chest compressions while EMS were en route.

There are reports from MSM claiming that Epstein hung himself which are categorically FALSE. Epstein’s body was cold to touch which means he had been dead for at least 4 hours, and if he had hung himself, one of the TWO cameras in his cell would have alerted the officers monitoring them. The reports being pushed through MSM are contradictory to that which our exclusive sources and the EMS recording states.

There would not have been a way for Epstein to commit suicide because while on suicide watch, one does not have clothes, bed sheets, or shoelaces. Inmates on suicide watch only have a smock and a hole in the ground for using the restroom. 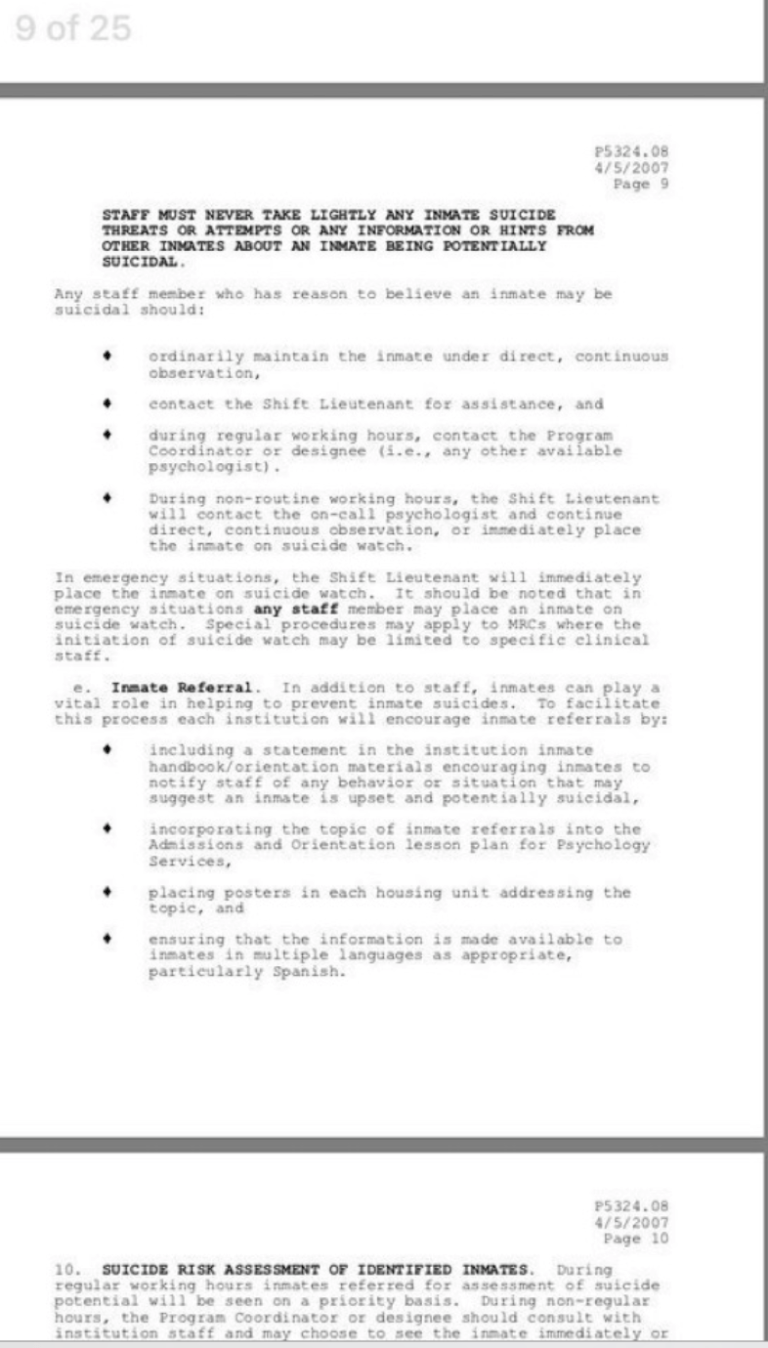 Epstein wouldn’t have been able to commit suicide if he truly was being watched continuously, which means foul play is likely involved…

Even if Epstein didn’t commit suicide (because let’s be honest, nobody believes Epstein actually committed suicide), if he was being watched continuously like he was supposed to be, according to the prison protocol, how did it takes hours for guards to realize he was dead?

Epstein was found in his cell at around 6:25 a.m on Saturday morning. According to the audio recording from EMS that was reporting back to the dispatch at 6:33 am, Epstein was stiff/cold, meaning he had been dead for a while.

Dispatchers confirm that Epstein was cold and stiff by the time EMS responded.

Apparently, he didn’t even have any injuries to his body which also suggests that something else was going on.  Was Epstein “suicided”?  Of course, he was.  Anyone who thinks otherwise is not a conspiracy theorist.  They are simply a reality denier.

“I am extremely mad and hurt thinking he once again thought he was above us and took the easy way out … I still can’t wrap my head around the fact that’s really true,” Jena-Lisa Jones, 30, an alleged victim of Epstein when she was 14 in Florida, said in a statement. “God will have his judgment now.”

“I am angry Jeffrey Epstein won’t have to face his survivors of his abuse in court. We have to live with the scars of his actions for the rest of our lives, while he will never face the consequences of the crimes he committed the pain and trauma he caused so many people,” Jennifer Araoz, 32, who claimed that Epstein raped her when she was 14, said in a statement.

Michelle Licata, an alleged Florida victim of Epstein when she was 16, said she didn’t want anyone to die.

“I just wanted him to be held accountable for his actions. Simple as that,” she said.

Lois Frankel, a Democratic congressman who represents Palm Beach, said his death “does not end the need for justice for his victims or the right of the public to know why a prolific child molester got a slap on the wrist instead of a long prison sentence.”

“With the obvious end to criminal proceedings against Epstein, it is important that the US House Committee on Oversight and Reform begin its investigation,” she tweeted.

The death of Jeffrey #Epstein does not end the need for justice for his victims or the right of the public to know why a prolific child molester got a slap on the wrist instead of a long prison sentence. https://t.co/JH0h071h0c

Epstein knew tons on powerful people in the world, as well as he was a sexual deviant and pedophile.

While he isn’t going to face justice in this life, he most certainly is facing holy justice before his Creator now.

Now, if America could bring justice to those Epstein was silenced to protect, all would be made right.

South Carolina: Court Rules Cop "Broke No Laws" When He Went To Innocent Family's Home & Shot Husband Through Window & Lied About It