It’s been nearly two years since the deadly attack in Las Vegas during a country concert.  Of course, the media had their patsy, Stephen Paddock.  However, the Islamic State claimed responsibility for the attack, claiming the Paddock had converted to Islam, and they have only claimed responsibility for attacks they have engaged in.  Now, police reports of eyewitnesses confirmed that they saw five Middle Eastern Men dressed in black walking in single file the night of the shooting, and one of the men had an AR-15 strapped to his shoulder.

The two witnesses, Kyle Erickson and Karina Yvonne Mumor claimed they had witnessed the Middle Eastern men that night.

Erickson recounted, “The five boys were walking in a single file line, about 5 feet between each person.”

“The 5th and final buy had what appeared to be a black assalt [sic] rifle and shoulder strap across his chest,” Erickson added. 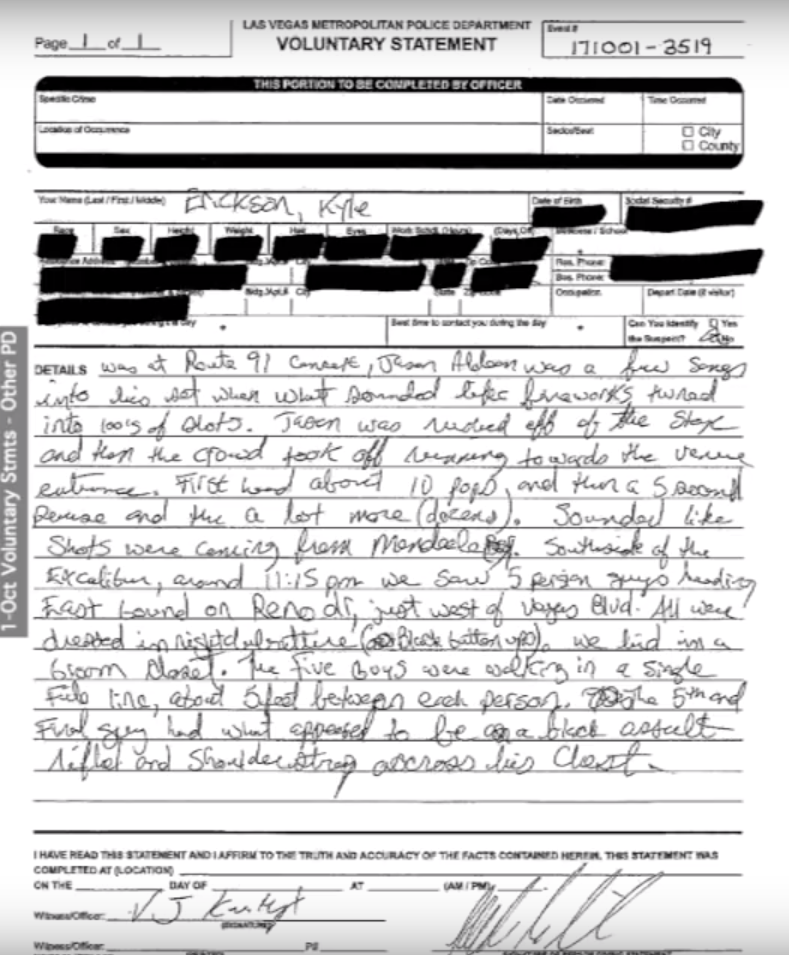 Confirming the witness of the five men, Mumor added, “We ran through a back door and as we turned to the right, we saw about 4-5  that looked Middle Eastern men walking in a single file line, dressed in all black & last person in the back had shoulder strap on AR-15.”

Mumor also said the men appeared to be in their 20s or 30s. 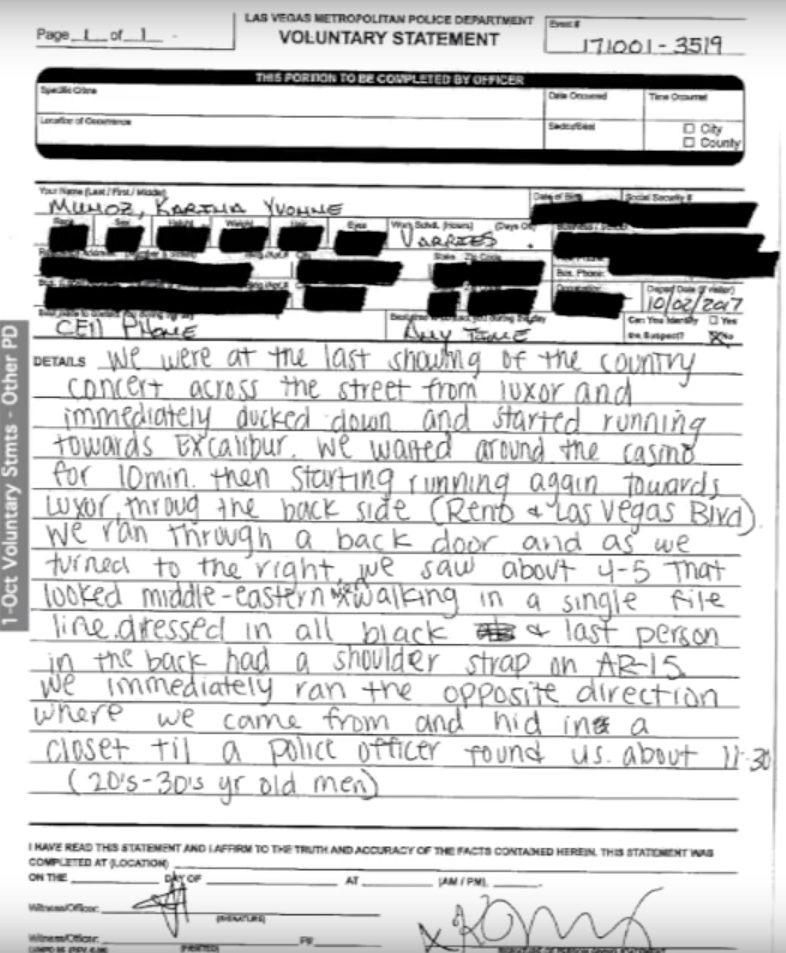 And we still haven’t been told the truth by the FBI or local Vegas Metro Police about what happened and what they know from that night.

America was given a cover story to protect the guilty.

Additionally, the entire orchestrated massacre was a pretense for the unconstitutional actions of the Trump administration to attack the Second Amendment rights of law-abiding citizens, along with the usurpation of powers the Executive Branch does not possess to ban bump stocks.  Seriously, Barack Hussein Obama Soetoro Sobarkah must be smiling since his goal was more gun confiscation and while his administration approved bump stocks, it was a “Republican” administration that ex post facto, in violation of the Constitution, banned them.