The liberals want your guns.

They have wanted your guns for years but almost none of them seem to actually understand how guns work.

Almost all of the 2020 Dems are pushing for gun confiscation:

Over the years there have been several liberals caught on camera proving how ignorant they are about firearms.

I thought it would be fun to share some quotes and videos today.

From TOP 10 MOST IDIOTIC ANTI-GUN QUOTES FROM POLITICIANS:

10. “Well, you know, my shotgun will do better for you than your AR-15, because you want to keep someone away from your house, just fire the shotgun through the door.” – Joe Biden

If I declared that former Democrat Vice President Joe Biden has said many dumb things you would accuse me of being redundant. Just google “Joe Biden Stupid Anti-Gun Quotes” and see for yourself.

His statement here on shotguns versus AR-15s comes from a 2013 Field & Stream interview, and is also just one of several eye-rolling gun comments Biden has uttered.

Yes, if you hear someone making some noise at your front door, just fire a shotgun blast or two through the door. You’ll either discourage a home invasion or kill the pizza delivery guy.

I think Biden has gotten his gun acumen from watching too many movies.

9. ” Some of these bullets, as you saw, have an incendiary device on the tip of it, which is a heat seeking device. So, you don’t shoot deer with a bullet that size. If you do you could cook it at the same time.” – Patricia Eddington

Former Democrat New York Assemblywoman Patricia Eddington apparently thought that scientists had invented heat seeking bullets that would be able to alter course and find their human target no matter where you aim.

Ignoring her obvious misunderstanding of the Second Amendment (it’s not about deer hunting), almost as ridiculous is her assertion that you can cook a deer with the same bullet that brings it down. 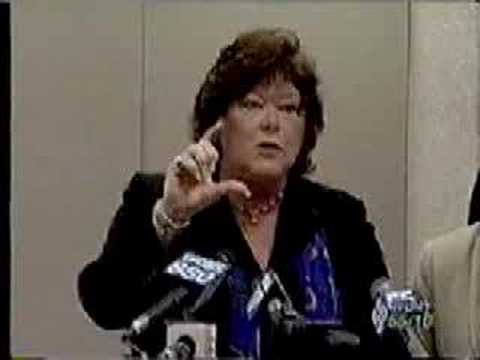 8. “This is a ghost gun. This right here has the ability with a .30-caliber clip to disperse with 30 bullets within half a second. Thirty magazine clip in half a second.” – Kevin de Leon

This quote is an excerpt from a long and rambling diatribe of mumbo-jumbo by California Democrat State Senator Kevin de Leon, in which he does his best to discuss weapons that would fall under the home manufactured gun ban legislation that de Leon was introducing at the time.

His press conference has since been roundly ridiculed and lampooned for his semi-coherent and wildly inaccurate characterizations of the weapons he displays.

Kevin de Leon has since become the paradigm of the ill-informed, reactionary, and silly anti-gun politician.

Here’s just one video that looks at de Leon’s presser in total and offers some rather biting commentary. 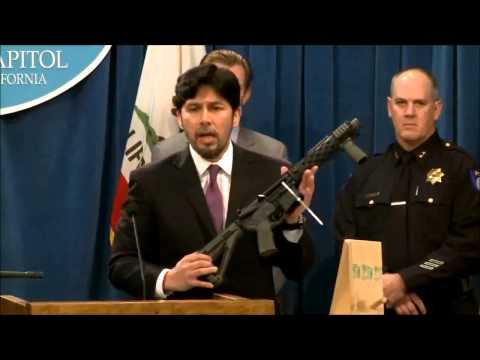 7. “The Second Amendment only protects the people who want all the guns they can have. The rest of us, we’ve got no Second Amendment. What are we supposed to do?” – Louise Slaughter

Rep. Louise Slaughter is a  New York Democrat and is the oldest serving U.S. Congresswoman. You would think that someone who is as advanced in age and has served as long as Slaughter would at least understand that the Bill of Rights applies to all Americans.

The 13-term Representative made this head scratching comment during an interview wherein she essentially blamed the Second Amendment for violent crime and also declared that lawmakers “do the same thing with guns that we do with drugs.”

Yeah, Louise, let’s just throw that old Constitution out the window. After all, we all see how well the war on drugs is going. It’s truly a wonder that this foolish woman keeps getting re-elected time after time.

6. “What’s the efficacy of banning these magazine clips? I will tell you… these are ammunition, they’re bullets. So the people who have those now, they’re going to shoot them, so if you ban them in the future, the number of these high capacity magazines is going to decrease dramatically over time because the bullets will have been shot and there won’t be any more available.” – Diana DeGette

Huh? I have to admit; I am totally confused. But then obviously so is Colorado Democrat Rep. Diana DeGette, who made this convoluted reply during a 2013 Gun Control forum in Denver. She apparently believes magazines (or “magazine clips”?) are the same as bullets, and that there is a finite supply of them.

From 9 Dumbest Gun-Control Quotes from Politicians and Celebrities:

2) “What bothers me most about today is that we’re getting used 2 it. ENOUGH. 2nd amendment must go. Violence has 2 stop. Culture MUST change.”

3) “Congressman Giffords’ life was saved and so many others’ when very valiant folks stood up to defend themselves and protect themselves, and they did it with ballpoint pens.”

4) “Well, you know, my shotgun will do better for you than your AR-15, because you want to keep someone away from your house, just fire the shotgun through the door.”

Actor Danny Glover in a Jan. 18 speech at Texas A&M University told students that “the Right” created the Second Amendment for no reason other than to enslave black people and kill Native Americans. It seems no issue in America can be discussed without infusing real and imagined racism into the conversation. The post-Newtown gun control debate is not immune to this, nor are liberal actors (who really shouldn’t be quoted in the first place) the only culprits using the race card when facts and logic prove elusive. Following a Capitol Hill press conference on Jan. 16, Rep. Hank Johnson (D-Georgia) suggested that NRA opposed President Barack Obama’s gun control policies because the organization is racist. “First of all, (Obama) is a black. And as a black person being the president of the United States, that is something they still cannot get over,” Johnson said. Apparently, according to Johnson, although the NRA was founded in 1871, it wasn’t until a black man became president that it decided to defend gun rights and the Second Amendment. Glover’s comments.Danny Glover

This would be my vote for the dumbest gun grabber of all time:

Perhaps the most idiotic literary gun statement of all time was published by Rolling Stone entitled The 5 Most Dangerous Guns in America.

You don’t really need to read the article unless you are extremely bored.

The article sounded intriguing so I read it and feel much dumber for it.

I think this is more evidence Rolling Stone should stick to Music.

If the liberals ever hope to get anywhere with gun owners, they need to at least learn what in the hell they are talking about.

Note to Liberal Gun Grabbers: No responsible gun owner in America takes any of you seriously.