Not America First: The Bitter, Disappointing Aftertaste Of The USMCA’s Advancement Of United Nations’ Goals

As a long time education activist, researcher, author, speaker, AND fellow citizen; below, is my open letter to you.

It’s a means of shared disappointment; it’s a dose of our new stark reality, and, it’s a tool to help educate those who are convinced the USMCA (US-Mexico-Canada Agreement) is a savior of our nation.

As you know, my previous series of 4 articles has been an eye-opening shocker as to how the USMCA is set to use education as a tool for job employment. Now that the Implementation Act has been signed by the President, we have a hard road ahead. 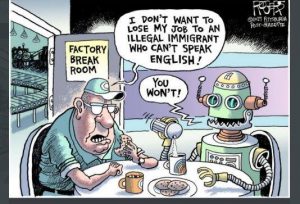 We didn’t elect the UN (United Nations) to run the USA, did we? At least that’s what we’d like to think, but it’s becoming increasingly hard to ignore evidence which in fact proves we have done just that…elected to have the UN run our beloved America under the USMCA.

Oh, citizens; the election of many people, for many years, has put us in this position.

It didn’t simply happen over the last few general elections.

The ever creeping UN agenda’s now firmly in place locally and State-wide; just as much as it’s in the US federal government. The USMCA was simply the brashest advancement of the UN’s SDGs (Sustainable Development Goals) we’ve seen to date.

The guise of killing America from outside its’ borders needs to be wiped from our memories, so the internal death isn’t as noticeable.  Will we feel that death? Absolutely!

USMCA was sold as a great improvement for America. Many not only spun those lies, but sold them as a sweet deal during this election year. Countless citizens, rabid for any type of good news hype to fit their blind visions of candidate worship bought the shiny lies like a magpie attracted to a shiny object.

The chief shiny lie was (and will play out to be such) a greater economy with greater jobs for all.

My citizens, what was left out of that lie is that education in America as we knew it would forever turn it into a global factory of skills for trade and the economy. NOT educating a free and intelligent nation of people. 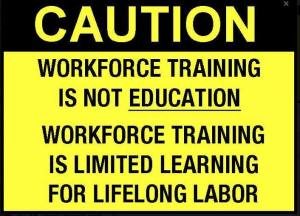 America, I weep for each of us. I weep for my children and yours; for how the USMCA will disregard age, its’ placing a false value on how educated we are, so we can be shoved into a job slot. A job slot which is easily manipulated to keep us off balance and 100% dependent on the very government which did this to us.

I cry out with bitterness and anger that the very people we thought would help protect us, as their sworn duty declares, pass legislation without a care as to what it actually means for the nation’s citizens. America, not one single party of politicians did this, no, it’s a joint effort of consistent watering down of the Constitution. So much so, that USMCA replaces our most important legal protections with no less than 7 UN laws/treaties/agreements and all that is connected to them!!

Think about it this way, my dear fellow citizens. Where you travel, IF, you get to travel; will be mandated by the SDGs and the regulations USMCA puts into place to fully comply.

Where you live and how you live will increasingly be reined in until any choice in the matter is moot.

As I’ve researched and shared with you, USMCA continues the long procession of dictating what we learn. What we learn influences almost everything about us. From how we think to what we feel. Under USMCA only certain government officials or any representative of the government get to decide from an ECONOMIC and LABOR aspect what’s taught and to whom. 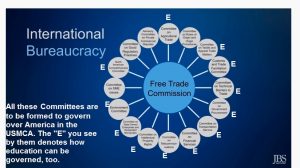 But, the USMCA doesn’t stop there; no, it will use the government and any representative they appoint to control what you eat, what money you have or don’t, throw you into a crypto-controlled system that rewards and punishes your every move and deed.
USMCA will dictate if you get to work and for how long. Will you have electricity today or water? It’s not up to you, as it should be; it’s now decided for you.

USMCA will also impact existing jobs in a terrible way. How? Many of our nation’s workers have jobs that will in some way violate the environment under the SDGs.

Since the majority of the USMCA will have how we can access our own environment areas (lakes, oceans, natural parks, farms, etc.) under the UN’s thumb, it will NEGATIVELY impact local economics and wipe out family businesses, not to mention control housing and private property! Because it controls how the environment is used!

USMCA locks in ‘science based’ living for us, based on government decisions, as made from quasi facts and practices. USMCA will not promote America as we’ve known it, but America as a member of a union. As such, legislation will not be for the benefit of We the People, but rather the corporate and government elite. (That’s been happening for years, but USMCA accelerates it tremendously.)

My fellow citizens, if you’ve not seen the JBS YouTube video on some of the deceptions of the USMCA, watch this. Of course, this was filmed before the President signed the USMCA implementation into ‘law’, but it’s a great tool for educating others who are convinced it’s a ‘win’.

Here’s a quote by Steve Byas of the New American Magazine, in his article about being on the post-signing of USMCA’s implementation.

“By signing the USMCA, President Trump and the bipartisan Congress has set the United States on the same path the nations of Europe have been on for over 60 years. While the average American would reject submerging our national sovereignty into a common government with Canada and Mexico, turning so many economic matters over to the USMCA could lead America into the trap the British just exited. The USMCA is already on course to dictate much economic life in the United States, and will no doubt only increase that dictation as the years go by.” 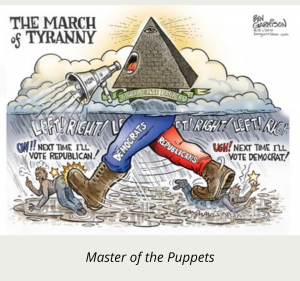 Citizens, USMCA puts education at the bottom of importance for our nation and economy at the very top. There is one tiny clause in the Agreement which states the U.S. Constitution will still have some teeth, but not many in truth. When we think about this, know that a collective body of international governance will come BEFORE our Constitution. If you look at the picture above, the banner reads ‘global elite’. I found this, not from an American website, but a New Zealand one. Look at what the headline reads: 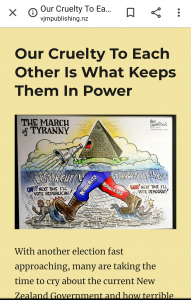 Fellow Citizens, we aren’t the only country facing tyranny of our government! We’re not alone in seeing the damage is coming from BOTH Republicans and Democrats! We’re not the only country seeing what globalism and elitist overreaches can harm! We must be like the American Citizens we are and fight back against the tyranny, global elite, and the UN. We ARE independent; as independent as we can be, as long as we allow ourselves to be. Look at the quote below! 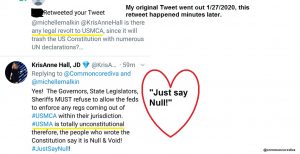 Fighting by your side,

Not America First: The Bitter, Disappointing Aftertaste Of The USMCA’s Advancement Of United Nations’ Goals