The Continuing Global Education In America Isn’t About Science, Technology, Engineering & Math – It’s About Mind-Numbing Conditioning For A Manipulated Society

Nowhere is it more noticeable than in education. Regardless if it’s education in the public sector, for young or old; the adult sector; the private/homeschool sector; the charter school sector; the on-line/hybrid sector; or dual enrollment. STEM is everywhere and in every subject. Why? To drive each and every one of us toward the UN’s direction and complete its purposes.

The NSF (National Science Foundation) is a ‘dark side’ group. The problem with NSF is, it’s not hidden. The social justice/global agendas are being shoved at us from every side. Before I started this blog, I poured hours into digging into the roots of the acroymn STEM (Science, Technology, Engineering, and, Math). As I’ve shared countless times on this blog and on the air, STEM was a marketing tool heavily influenced by the UN (United Nations) to begin changing America from within, not without.

Warriors, recently released emails to anyone signed up to receive news from NSF, found that the ADVANCE and Catalyst Project for Proposals went out. The goal? To increase ‘gender equity’ in STEM academic professions.

Equality, on the other hand is where the NSF was incorrect. “Equality” means to make the same, or level the playing field. Now, in education, it’s long been argued that men have had more opportunities in education than women.

The ADVANCE program by the NSF was started to level the playing field for women against men. ADVANCE, from what I could find surfaced in the NSF about 2013. It’s from a 2013-14 Report I found the acroymn’s meaning:
“Increasing the Participation and Advancement of Women in Academic Science and Engineering program”

What CCSS Machine groups will you also see in that 2013-14 Report? AIR, several federal government agencies, and a Gender Research in Science (GRS) portion of the NSF. Here’s a quote about GRS, “The program for Research on Gender in Science and Engineering seeks to build resources – developing the Nation’s knowledge capital, social capital, and human capital — toward the goal of broadening the participation of girls and young women in STEM education from kindergarten through undergraduate education.”

Advancing women/girls is the supposed benefit to the latest $29 million in grant awards just waiting to be had. However, the even darker side isn’t expanding opportunities for women, it’s about finding ways to increase the STEM focus in all those new genders.  Warriors, we don’t need to gloss over the fact that STEM is being introduced, right along with gender confusion at pre-school ages. Not only in schools, but our communities! 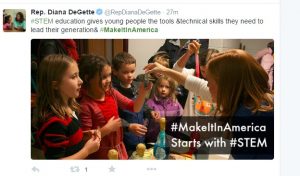 ******************************
Congress and the current Adminstration love STEM and have been in full support of  STEM legislation and programs. (*Note: the highlighted link directly above will give you all my articles with research on this.) Congress is also pushing blatant sexuality education. This archived article of mine showed you just a few of the moves this Administration has made toward this.
*******************************
In 2016, the NSF ‘gender equity colleague’ letter stressed that gender inclusion would help make the workforce thrive. Especially for ALL people (regardless of gender) who are ‘underrepresented’.

In 2018, the Strategic NSF Plan (ends in 2022) included the word ‘inclusive’ at least 7 times. Inclusion of perspective, diversity, culture/ broader national community; and inclusion in a global engaged/active society.

Also in 2018, the NSF was influenced by the Willams Inst. (UCLA) to begin inclusion for LGBT questions in the workplace for expanded STEM opportunities.

Meet oSTEM (Out in STEM, Inc):

Warriors, this incorporated non-profit got its start in 2005 with the help of IBM (A huge CCSS Machine member group) at a Human Rights Campaign event.

From the 2019 oSTEM National Conference Catalog, you can see all the sponsors and agenda by visiting here.
If you read the breakout sessions, look for ‘underserved LGBTQ+students’. While the NSF’s latest awards for increasing STEM opportunties didn’t say LGBTQ+, it did state ‘underserved students’.

Warriors, earlier in this article I showed you how UCLA influenced NSF (remember, a federally funded non goverment group) to begin LGBTQ+ items. Within the NSF’s Grad Program, you’ll find several STEM resources geared for this unique community of students. You’ll also find vets and Native Americans will have some STEM resources, too. What needs to be pointed out is that the newest grants from NSF will not focus on any clinical science, but will focus on SEL (Social Emotional Learning) related sciences. Thilnk about that from a sexuality perspective in education.

1) From Science News for Students, this YouTube video is meant to encourage the LGBTQ+ to pursue STEM. Listen to the global agenda in the spoken words, however. Remember that STEM is the UN’s tool to change Americans, especially in SEL, (Social Emotional Learning) to change attitudes, values, and, beliefs. Also remember that while most of the information above is for consenting ages, that the NSF Proposals are for any level of education. Then add in the over sexualizing of our children (most of them are of non consenting ages) in schools and school related activities, as well as in the cities and towns.

2) From AZ, a LGBTQ+ Resource Guide for specifically STEM. The majority of items are national or global.

3) For STEM in K-12th grades, the LGBT+ will also be called ‘sexuality orientation’ or ‘sexual orientation’. From this 2020 IL document, see and read how STEM’s a perfect ‘pipeline’.

4) If you’ve not heard of (GS)Gender Spectrum, it’s a group expressly for children and youth. If you’re researching this sort of group, be sure to see the long list of gender education resources.  Here’s their  Inclusive School’s Framework.
Partner/client organizations of GS include the American Assoc. of School Principals, the Girl Scouts, Human Rights Campaign, almost every national association connected to education, and, Teach for America. To see the entire list, go here.

5) The following States and other countries have LGBTQ+ Summer Camps. If you look at the entire list from this blog, note the ones which are religious based. GA, TN, AL, NH, CA, OK, CO, NY, MA, OH, VT, AR, NC, PA, MN, WA, AZ, CT, IL, TX, MI, ME, and WY; UK, Canada, Spain, Germany, Netherlands, Australia, and New Zealand. These regions: Pacific Northwest and New England. Look for the ties to the United Church of Christ, Planned Parenthood, GLAAD, and, the YMCA.

6) From the Washington Standard and a recent interview I was a guest on, the Chick-Fil-A ties to the LGBTQ+ agenda.

7) From 2019, the Global LGBTQ+ agenda in Congress as well as the UN Human Rights Declaration.

Warriors, as we’ve seen, the NSF is using all kinds of back doors to continue the total domination of STEM in America. It appears nothing will stop them either. Demand Congress shut down this taxpayer abusive group. It clearly is NOT supporting Americans, but rather the United Nations. Finally, here’s a question to pose:
If the government is truly concerned about preserving women’s opportunities, why is it so busy destroying them by allowing non females to be included? We’ve seen Title 9 become watered down, so much so, girls are not participating in sports. 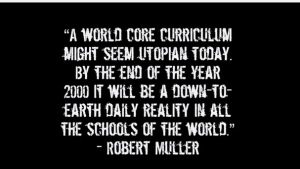 The Continuing Global Education In America Isn’t About Science, Technology, Engineering & Math – It’s About Mind-Numbing Conditioning For A Manipulated Society