A pedophile, who proudly displayed his “pizzagate” tattoos on Instagram, was finally removed from the platform after a flurry of reports concerning his pictures and hashtags indicating that he was not only a sodomite, but a pedophile.  The tattoos also demonstrate that all those symbols from the Pizzagate scandal are indeed real (Newsguard should get a clue, but they are too busy trying to discredit those reporting real news).

The post contained photos of a man known on Instagram as kage_jackson and showed several tattoos that indicate that he is a sodomite “boy lover.”

Reported to Instagram, but I guess it’s okay to be a self-proclaimed pedofile (see his hashtags) and it does not go against “community standards.”

Protect your kids with everything in your power.
They are normalizing this disgust.

Reported to Instagram, but I guess it’s okay to be a self-proclaimed pedofile (see his hashtags) and it does not go…

One photo shows an upside-down triangle just above his privates, which are not shown.

Notice the use of the hashtag #pedo and that photo actually had 31 likes.

He also posted a photo of the boy lover tattoo he received on his leg. 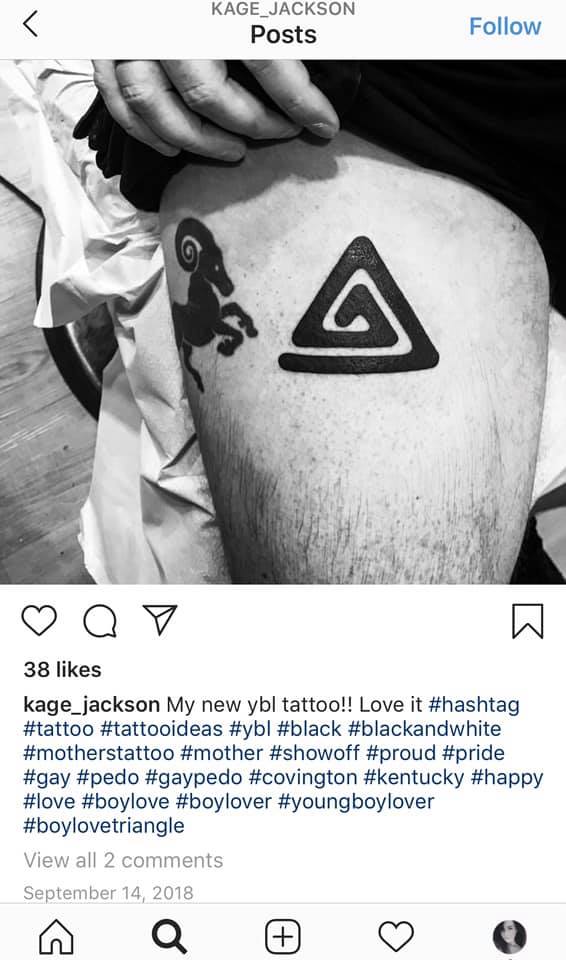 She also posted FBI documents which also show that the symbols he is tatted with proclaim exactly what he is. 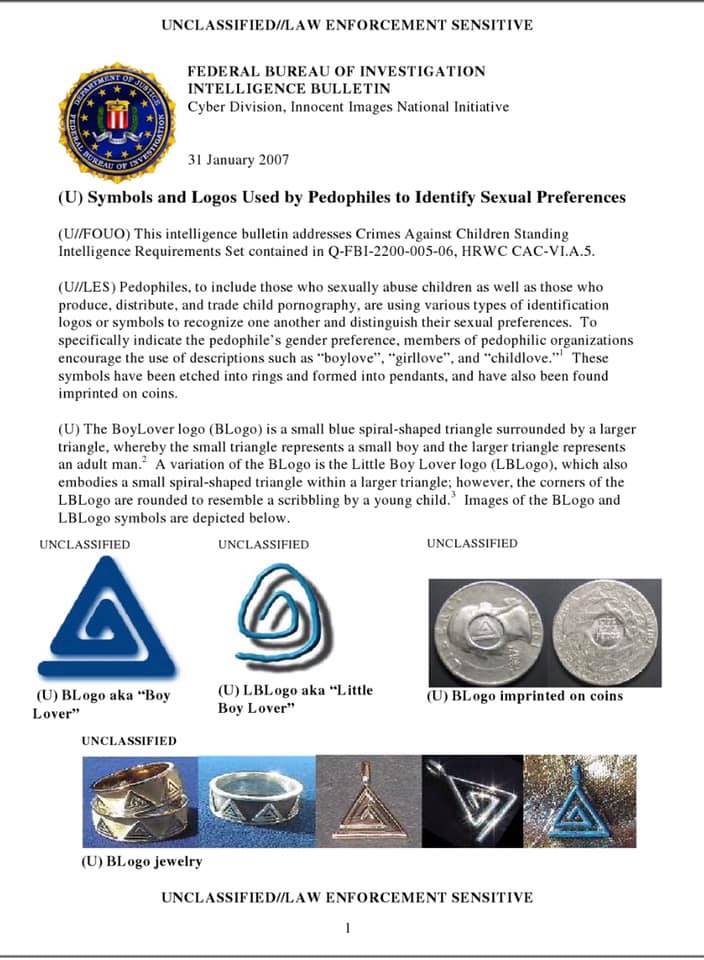 All The Pedophile Ring Arrests, #Pizzagate Deserves A Full Investigation

So, You Want the Truth about #Pizzagate? Here It Is 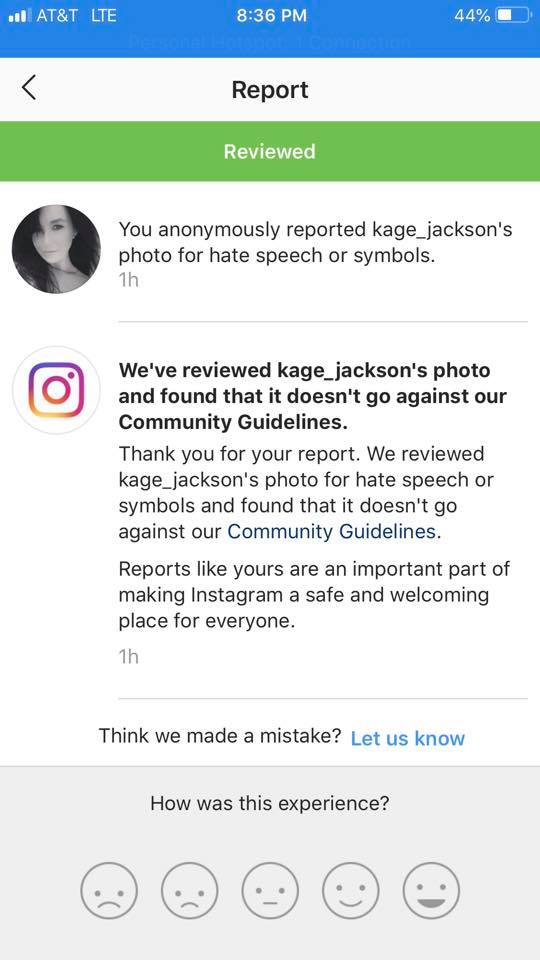 There is more to #Pizzagate than meets the Eye

Evidence that Andrew Breitbart May Have Been Murdered to Conceal #Pizzagate

Do Pedophiles Actually Rule The World?

It’s possibly due to several things.

First, it was discovered that kage_jackson is actually Keram Christensen.

In August of this year, Cincinnati.com reported:

A member of Covington’s Human Rights Commission was arrested this week after child pornography was found in his home, police said.

Keram Christensen, 38, is charged with possession and distribution of child pornography after a dating profiled linked to him tipped off authorities.

“When I say I want kids, I mean it,” the match.com profile said according to court documents. It also said he was “attracted to children between the ages of 4 to 10.”

Covington officials said Christensen serves on the Covington Human Rights Commission, a citizens board nominated by the mayor and are subject to the approval of the Covington Board of Commissioners. That board meets once a month.

A city spokesman told The Enquirer the Christensen’s removal from the board is being discussed.

Christensen was first appointed to the board in April 2016 and was reappointed in August 2018. His current term on the board expires in May 2021.

Covington police officials said a tip about Christensen was sent to them from the National Center for Missing and Exploited Children.

Police said Christensen’s IP address matched that of a match.com user who described himself as “being attracted to children between the ages of 4 to 10.”

Additionally, after detectives interviewed him, they arrested him and he was locked up on a $25,000 bond.

However, apparently, he is awaiting trial.  After a viral outrage took place due to Erin’s post, Covington Police Department felt the need to respond.

We have received several calls and inbox messages reference to an Instagram account portraying a self proclaimed pedophile and “young boy lover” living in Covington.  Due to the viral momentum of this post, we wanted to let everyone know that this subject was investigated about 3 months ago.

He was arrested on dozens of counts of Possession of Matter Portraying a Sexual Performance by a Minor.  The subject has already been indicted and is awaiting trial in Kenton County.  Thank you to all the concerned citizens who took the time to report the account in an effort to keep the community safe.

Perhaps, that is what led to the account being taken down, but the obvious question is, with all the evidence that they have on this man and his flaunting his lust of children in everyone’s face, why have they not proceeded with dealing with this criminal?

I’ll tell you why:  The judges are probably overwhelmed with non-crimes of speeding and possession of plants and other ridiculous things that the beast writes as “law” in order to make money for themselves rather than deal with actually criminals.

They have a self-professed pedophile who has been waiting over 3 months for a trial!  Meanwhile, you don’t think children are at risk here?

Finally, this just goes to show that all those Pizzagate symbols are real and that despite gatekeepers like self-proclaimed “news nutritionists” like Newsguard claims Pizzagate is “fake news,” the evidence suggests otherwise.

Mystery "Hacker" Emerges In Ongoing Saga Of Jeffrey Epstein - Photos & Video Of High Profile Guests About To Be Unleashed?