Home»Politics»Trump Kicks COVID Bill Back To Congress – Demands More Socialism With $2,000 Checks Instead Of $600
Politics/Videos

Trump Kicks COVID Bill Back To Congress – Demands More Socialism With $2,000 Checks Instead Of $600

I covered the story just before President Donald Trump kicked the bill back to Congress, as well as on Thursday’s The Sons of Liberty morning show.  Though He rightly called out the “unnecessary and wasteful” spending in the bill, he failed to mention it was unconstitutional.  In other words, it’s unAmerican and unlawful.  Additionally, he pitted the massive amounts of unlawful spending up against the unlawful spending of checks for Americans, calling on Congress to raise the checks to Americans, which is also unconstitutional, from $600 to $2,000.  Congress appears to show that was their plan all along.

President Trump appeared to threaten to veto the COVID-19 stimulus package that Congress passed almost 24 hours earlier, telling lawmakers to boost checks for Americans to $2,000 as well as “get rid of wasteful and unnecessary items” in the spending bill

Trump said “throughout the summer, Democrats cruelly blocked COVID relief legislation in an effort to advance their extreme left wing agenda and influence the election…”

“it’s taken forever” to get a package and the bill passed “is much different than anticipated.”

“It really is a disgrace,” he added.

Then reeled off a list of disgusting ‘pork’ (read the details here) that has been piled into this record-breaking 5,593-page bill.

Then he took a shot at Biden and the election

..and the market is not happy… 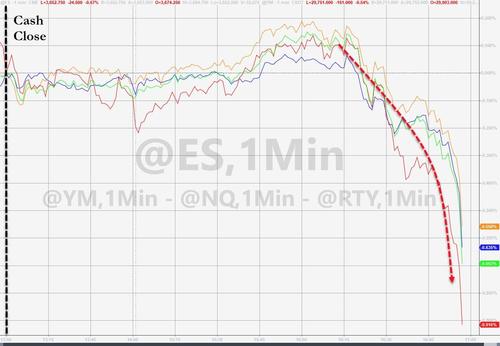 See?  Both Republicans and Democrats are acting unconstitutionally against the people here, and the more the people are divided in their party mentality, the more the tyrants are gaining ground.  Our forefathers warned us about this…

Though Our Founding Fathers Warned Us Of The Two Party System, Americans Get Played By It Every Single Day & Every Single Election Cycle

Are You Kidding Me? 13 Videos That Will Leave You Wondering “What Is Going On?”

Look At How They Sell Themselves All The While Murdering Children: This All Reminds Me Of Something That I’ve Seen Before…

An Honest Portrayal Of Media & The Deep State… On Netflix!

Trump Kicks COVID Bill Back To Congress – Demands More Socialism With $2,000 Checks Instead Of $600