The Greatest Indoctrination Show On Earth… In The US

Today’s article is also based off information from another Anti Fed Ed Warrior. This one is based in CO and has ties to all kinds of entertainment news.

Ruth, messaged me about a group called NACA (National Assoc. of Campus Activities). Her words included this, “Look them up and tell parents they may want to get their children out of these colleges. Check out their policies; their way to support whatever gender someone wants to call themselves. Every parent who is preparing, or has children in colleges should know. Almost EVERY college is involved, too.”

Warriors, I must point out, just because a college or university isn’t public, doesn’t mean they are excluded from the current wave of indoctrination. One of the goals for NACA is ‘lifelong learning’, based on ‘competencies’. Throw in ‘social justice’ and boom, you got a ‘hit’.

Warriors, since we know the CCSS Machine is attached to the UN (United Nations), it makes some sense to see ‘lifelong learning’ show up in higher education. After all you can’t streamline education for all from babies to older folks without it.

We should also take into account that many students in higher education are under age of what’s considered ‘adult’ status. Many are dual enrolled and come from very strict backgrounds. Thrust into higher education, before they may be mature enough to handle social justice or oversexualization. We cannot assume the just because this article involves higher education, that there’s no problem between consenting adults.

As far as the ‘gender bending’ and ‘social justice’, well, my friends, those two are linked right back to the CCSS Machine and the UN. These also are woven in today’s article.

The only difference, in this case; which Ruth is most troubled by, is the NACA is bringing singers, actors, activists, celebrities, and, a host of other ‘merry makers’ with all their agendas right to your campuses of ALL kinds of higher education institutions, not just public run 4 year colleges/universities. You could say the NACA is a traveling band of indoctrination. 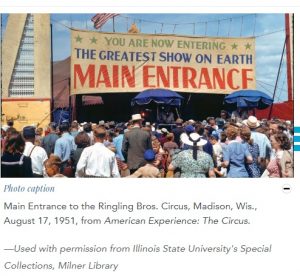 The National Association of Campus Activities has been around since the 1960s. It started out as a booking project, here in NC. In 1967, a new name, as a new type of business (National Entertainment Conference). In 1976, yet another name change and type of business (National Entertainment and Campus Activities Association (NECAA)). In 1982, is when the NACA changed to the name we see today. It’s also the year their ‘education foundation’ was created. In 1991, the NACA went ‘global’ with a similar branch in Australia. By 2002, the USA was split into the 7 regions (which closely mirror all the other region-specific maps used by the UN and the CCSS Machine for education and workforce development). Today, the NACA headquarters is in Columbia, SC.

Be sure to enlarge this screen shot I emphasized about the present NACA.

To see the NODA Core Competencies, visit their website.
If you’d like to the see the NASPA Rubric the NACA uses, go here.

Sending In The Performers:

Warriors, if you’re not in the entertainment business, you may not know the layers upon layers of agents, booking companies, handlers, and others it takes to bring a performer to your school (or your student’s schools). I’ve included a 2019 NACA MidWest Conference catalog for you.

Scroll through the many pages and read the short descriptions of those performing. Note the colorful ads. Woven throughout this catalog is mental mind games (hypnosis among them). On page 24, notice the Muslim social justice expert and the cultural changing lecturer (2 different women). On page 29, look at the bottom right ad to spot the ‘Gay Pride’ plush toy. Page 32 is where you’ll find a Ru Paul Drag Queen. Page 37 shows you how to bring sexuality to your school. 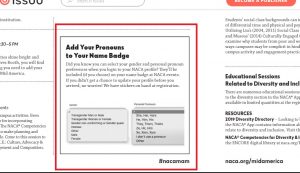 This is just ONE of the 7 regions. Each of the others will also have the same types of agenda. Warriors, depending on what region you live in, is to which of the many layers of entertainment groups will have access to your area.

I’ve looked at some of the other Regions and the following are showing up in all 7 regions:

Also partners with the NACA:

Babco Entertainment not only ‘grooms’ college campuses but community events, too. Be sure to note the ‘talent buying’ phrase.

Riddle and Bloom, this ‘exclusive’ partner packs a ton of agenda in what it does.

Warriors, look below, the music industry blog entry from 2001 tells us a lot.

To learn how the APCA (Assoc. for the Promotion of Campus Activities) can be tied to community colleges, go here. Look for the “What Members Say”. Also, look here to see how the APCA helps with community events for educational purposes.

Warriors, in searching to find out more about NACA, I did a general search for any of their educational partners. I came across this book reference. Notice that the first example given is of Sesame Street (they sold out to the CCSS Machine years ago).
However, read more, you’ll see that older uses of the E-E Model (education-entertainment model of learning) have been updated. In the section about E-E connecting to public health, it suggests if we, as change agents try hard enough to influence those less in the know about social changes (social justice), we can win them over. The example used was vegetarians converted meat consumers.

The above book about strategic uses of social media also referred to several studies and global programming. One was “MARCH Model”. It’s been updated, too. While the Model was used in Africa, look at the U.S. tie:

Warriors, the CDC (Centers for Disease Control) is a huge CCSS Machine member group and can also be tied to the SEL (Social Emotional Learning) grasp for every American, not simply any student at any age.

Warriors, we’ve heard it a million times, but it is very true. Education isn’t anything but indoctrination. At EVERY age level and in EVERY educational related corner. This IS our War Vs the Core. The core of everything good, decent, and worthy. Dust off your gloves and let’s get busy. Take back your town!

History Was Made: They Hijacked Our Health, But It’s Not Lost

The Greatest Indoctrination Show On Earth… In The US