Home»Politics»Things To Come In 2020
Politics

Anti Fed Ed Warriors, by now you’ve probably seen and read most of the articles and reports telling you what the forecast for education is to be in 2020. You might even have heard broadcasts telling you how America is shaping up (or failing).

No doubt with 2020 being an election year, the candidates have already begun spewing the status quo rhetoric about how education must be.
Back in early 2019, I gave you a 5 part series devoted to the Presidential candidates and their education platforms. Of those candidates remaining, they’ve not changed their stances one iota toward what We the People want.

There’s a new candidate who’s entered and his #1 priority is climate change. Who is he?
Tom Steyer. His ads and billboards tell you climate change, however the website calls it climate justice. Of the 5 new Constitutional rights he’ll create, healthcare is stated as one.

Warriors, we know, thanks to ESSA (Every Student Succeeds Act) and legislation since then, that BOTH of these will use education as a bully platform!

What About Congress And Other Election Campaigns?

Warriors, what about Congress and education for 2020? Remember, many of these folks are seeking re-election.
This is probable where most media sources missed the mark when it comes to educratic overreaches to look for.

As you know, I rely on the website Congress.gov to find the actual legislation Congress is sponsoring and co-sponsoring to keep the CCSS Machine alive and thriving. The 2020 year will be no exception. The fact is an election year will be used by them and their campaigns to spin many webs of deceit for We the People.

Where the other election campaigns come in is, after Congress and before you. Their campaigns rely not so much on you and I, as we’re lead to believe, but the corporate sellouts to both the CCSS Machine and the UN (United Nations) agenda, especially the SDGs (Sustainable Development Goals).

How do I know? How can you spot this? Listen to the campaign ads, read the biographies, follow the money trail, and, most of all, seek out the planned platforms of your candidate.

Warriors, if your candidate tells you the following, watch out, they are NOT your candidate for real American education as we knew it and desire it to be once again!

1) School choice, taxpayer education accounts, or whatever name these hide under.
Page 17 of the ESSA clearly stated that ALL education MUST be the aligned to the SAME post-secondary readiness standards as laid out by WIOA (Workforce Innovation and Opportunity Act).
This means that in 2020, when a candidate promises that school choice is your friend and will ‘fix’ local education, watch out! What is means is that the federal government has decided in advance what your local education will be, even for homeschoolers! Those savings accounts are a poisoned carrot on a stick to get you and your community to buy into a lie.

2)  Extending or Expanding Existing CCSS Machine overreaches of ALL types!
ESSA was clear in mandating MORE P3 Partnerships to ensure this. P3s are public-private partnerships which can
be traced back to Fascism, not American freedoms and liberties! By extending and expanding you are aiding your candidate to increase the choke-hold of educratic overreaches you will not be in charge of, nor asked if you like it! Especially when it comes to funding.
These include sexual education, climate/social justice, history re-writes, and, most of all that mental health and behavioral health are the school’s business, just to name a few.

If you want true local control, ESSA and all that connects to it, MUST BE REPEALED! Ask your candidate if they are willing and have prepared to lead without the federal dollars.Ask them to show your their strategy!

Use these to gauge if your candidate is a puppet or a free thinker. Are they truly Constitutional minded or jumping on the global community bandwagon? HOLDING THEM ACCOUNTABLE starts before they take office! If they are seeking re-election, use their own BILLS and “LAWS” to prove they’ve been deceived by the CCSS Machine! 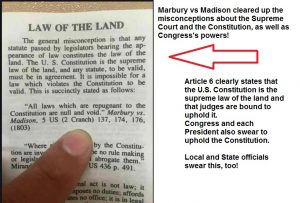 Are there other ways to spot a puppet politician or a free thinking one? Yes! If they use the word democracy to describe America, they are a puppet. If they can cite the Amendment of the Constitution which excludes education from the federal control, they are a free thinker.

Now, puppet can repeat anything they are told, so by this train of thought, even a puppet might be able to answer a question about the Constitution and no federal control.
So, try this: Can they name the number one reason ESSA and laws connected are unconstitutional? The answer (for you) is seen below:

Lastly, if all else fails, know which groups or corporations line their pockets. That’s an excellent way to see if the candidate you are willing to back will make 2020 the year we see education truly given back to We the People.
Are we too far gone to hope and wish for We the People to truly win for our children? It surely appears that way, however, we, as Warriors, must continue to fight until we’ve no breath left to fight with.

In my next article, I’ll give you further evidence that 2020 is not the year Congress backs off their educratic overreaches. How? The existing Bills already in the system, or could be possibly be recycled back into the system.
THIS is all the MORE reason to be a wise and savvy 2020 American citizen. Some of the Bills I’ll show you, I’ve written and exposed before, others, not so much. Just think of it as voter information! We should apply tremendous pressure to stop the Bills already in the system!

As Americans Debate Whether We Will Go To War With Iran, Iranians Say The War Has Already Started