I’m wondering how the self-appointed, bought-and-paid-for “fact checkers” are going to spin this one after they have attacked many people and outlets for reporting on the massive voter fraud in he 2020 election. Well, nevertheless, the first person to plead guilty to voter fraud and conspiracy will enter that plea on June 2, 2022.

Guillermina Fuentes , the Gadsden Elementary School District Board Member and Ex-Mayor of San Luis, Arizona, took a plea deal and will plead guilty on June 2nd. 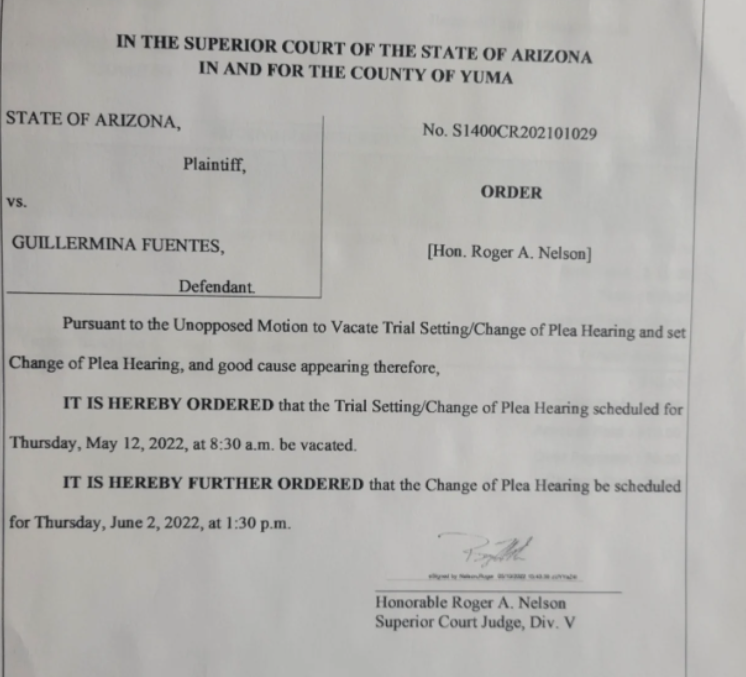 She was originally indicted for trafficking ballots in San Luis and was scheduled to appear on May 12 of this year and plead “not guilty.”

However, it appears the change in her guilty plea was the result of the 2000 Mules documentary produced by Dinesh D’Souza.

Catherine Engelbrecht and Gregg Phillips investigated the ballot trafficking incidents in Yuma County, Arizona, and included this information in the film “2000 Mules.”

“18 months ago, we knew that when the full story was told about Yuma, Arizona, it would reveal systematic, systemic, ballot trafficking with connections that spread nationwide. It’s now happening, thankfully, with law enforcement fully engaged. Much more remains to be revealed in the days ahead,” Catherine Engelbrecht told the Gateway Pundit.

The Gateway Pundit previously reported that Fuentes was charged with two Class 4 felonies alleging forgery and conspiracy, and two felonies of ballot abuse. Alma Yadira Juarez pleaded guilty and admitted to police that Fuentes gave her the ballots to stuff in drop boxes.

Guillermina Fuentes and Alma Juarez were both caught by David Lara and Arizona State Senate candidate Gary Snyder, who set up a hidden camera after years of investigating the operation. Their undercover work was featured in True The Vote’s “2000 Mules” documentary.

The Gateway Pundit reported that video evidence was delivered to the turncoat Attorney General Mark Brnovich before the 2020 Presidential Election, but he waited until December 2020 to file these charges.

RINO Mark Brnovich has done almost nothing despite the massive evidence of Arizona voter fraud presented in the film.

Despite her indictment for election fraud, Fuentes still serves on the Gadsden Elementary School Board. Fuentes’ daughter, Lizeth Esparza, was recently hired by the Board as Superintendent of the district shortly after her indictment.

Arizona State Senate Candidate Gary Snyder, who busted Guillermina Fuentes using an undercover camera, spoke with Dan Ball of One America News Network about what is taking place in this new plea deal.

If you have not seen it, you can watch 2000 Mules for free below.

CDC Pushes Monkeypox Scamdemic Mind Control In The US: "Some Community Transmission