“Truth is Treason in an Empire of Lies.” -George Orwell

Well, why shouldn’t Amazon get in on the Nazi-style censorship that the Big Tech companies are engaged in.  After all, Jeff Bezos has made out like a fat cat working hand in glove with the Central Intelligence Agency through his The Washington Post, as well as his fascist dealings and profiting from the government shutdowns.  Now, Amazon has just removed a book that questions the official CON-VID narrative.

Zero Hedge has the story:

Around the time Twitter purged New York Post’s bombshell stories about Hunter Biden from its platform, late last week, Amazon was busy censoring any criticism against the “official” COVID-19 narrative, with the banning of at least one book from its Amazon Books store.

Political writer James Perloff’s latest book, Covid-19 and the Agendas to Come: Red-Pilled, was removed from Amazon on Thursday, he tweeted.

“BAD NEWS. After selling over 3,500 copies for Amazon since publication on August 20, Amazon has banned my book “COVID-19 and the Agendas to Come, Red-Pilled.” Individual orders can still be placed at…” Perloff tweeted.

Book: Covid-19 and the Agendas to Come: Red-Pilled 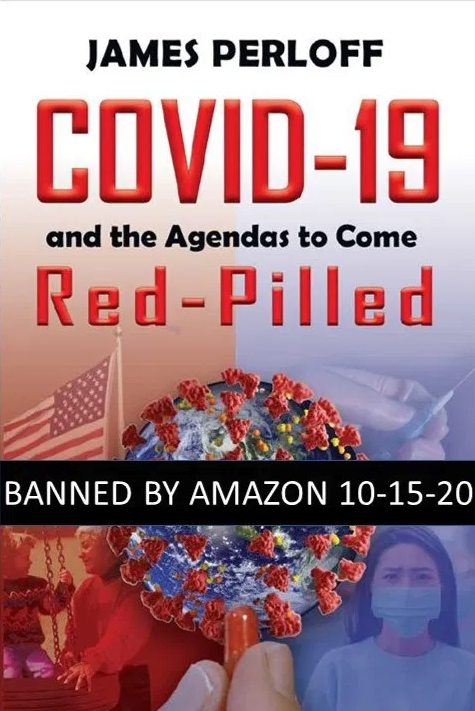 “We are in a truly Orwellian culture,” he warned.

Perloff said Amazon contacted him on Thursday, asking him to “clarify [his] rights to the book” – something he said was already completed in August when the book went up for sale on the e-commerce platform. As RT explains:

“But before he could finish gathering the material required to prove once again that he owned the global rights to his own work, he received another email from Amazon, this time claiming they had removed his book “during a quality assurance review of [his] catalog” because it “violated content guidelines.””

He then “asked them [Amazon] to specify what guidelines [he] had violated,” they responded that the book violated “our content guidelines.”

“We reserve the right to determine whether content provides a poor customer experience and remove the content from the sale,” Amazon said.

After that, Amazon deleted the book from its platform. Using an embedded link on Perloff’s website, directing people to purchase the book on Amazon, one can see below by clicking on the link, that the Amazon page selling the book no longer exists.

According to RT, and perhaps why Amazon removed the book, is that it “traces how the Covid-19 pandemic has been used by governments around the world to force draconian social control measures upon a terrified populace, evaluates several theories regarding the virus’ origin, and offers some projections about what might lie ahead for humanity – including how populations might work together to avoid some of the most totalitarian outcomes.” 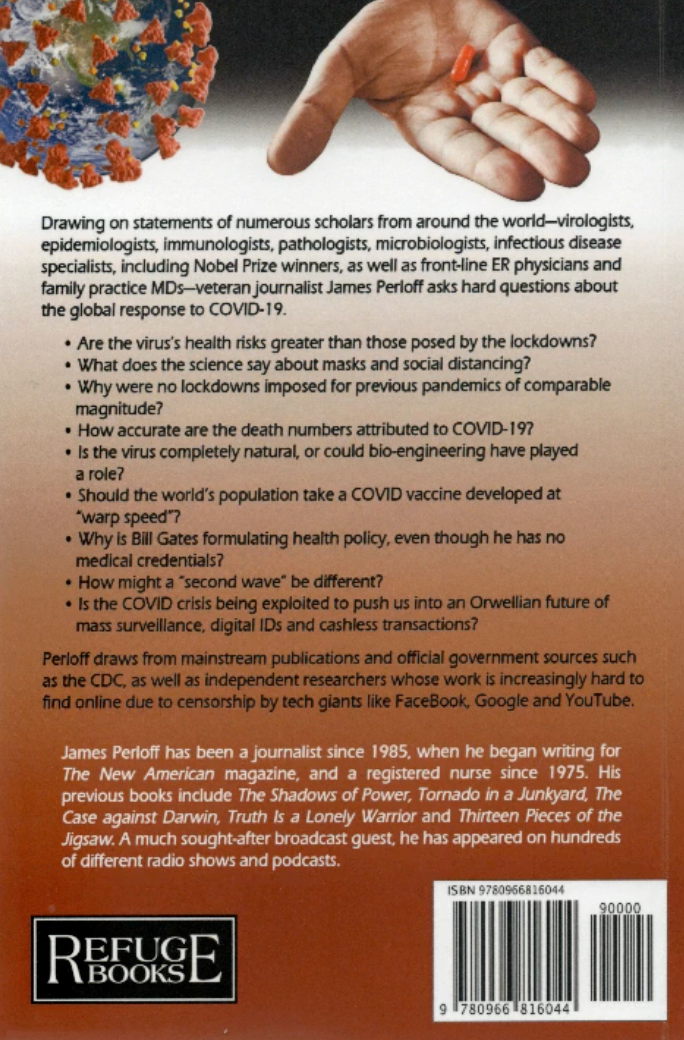 Perloff said the book is sourced with hundreds of references via scholarly journals and other top sources:

“There is nothing I say in the book that isn’t documented,” he said, pointing out that several other coronavirus dissenters are selling their books on the platform without incident.

RT’s Helen Buyniski, who wrote the story on Perloff’s book ban, tweeted that “Bezos nuking his new book exposing the COVID19 New Normal as a global Police State – forewarned is fore-armed, as they say.”

From social media to e-commerce sites, banning alternative views or maybe even the truth, in some cases, if it goes against the official narrative, has become the new normal as America descends deeper into an Orwellian state.

If readers want to hear more about the book, Perloff was recently on a podcast, uploaded to YouTube, discussing how “COVID is threatening to destroy America.”

Thanks to Amazon, I’m sure a ton of copies of this book are going to sell, and maybe, just maybe, it will wake some of the statist lemmings up who are following the president and the other Con-vid promoters off the cliff before it’s too late.

Birds Falling from The Sky by The Hundreds of Thousands?