A former CIA officer claimed that he “personally” was responsible for “swinging the election from Trump.

Former CIA officer John Sipher made the claim in a stunning Twitter thread after former US ambassador and open sodomite Richard Grenell chastised him laughing and saying that “He signed the letter saying Hunter’s laptop was Russian disinformation.” 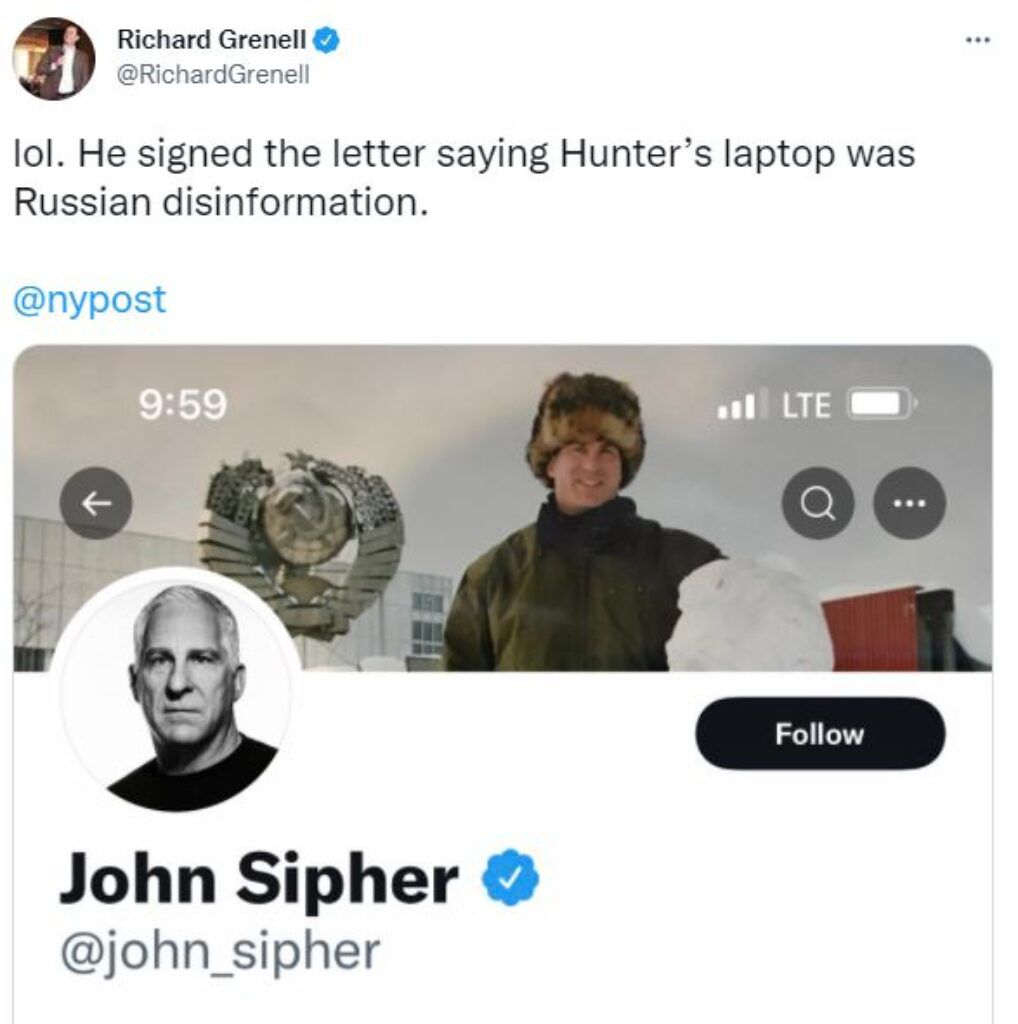 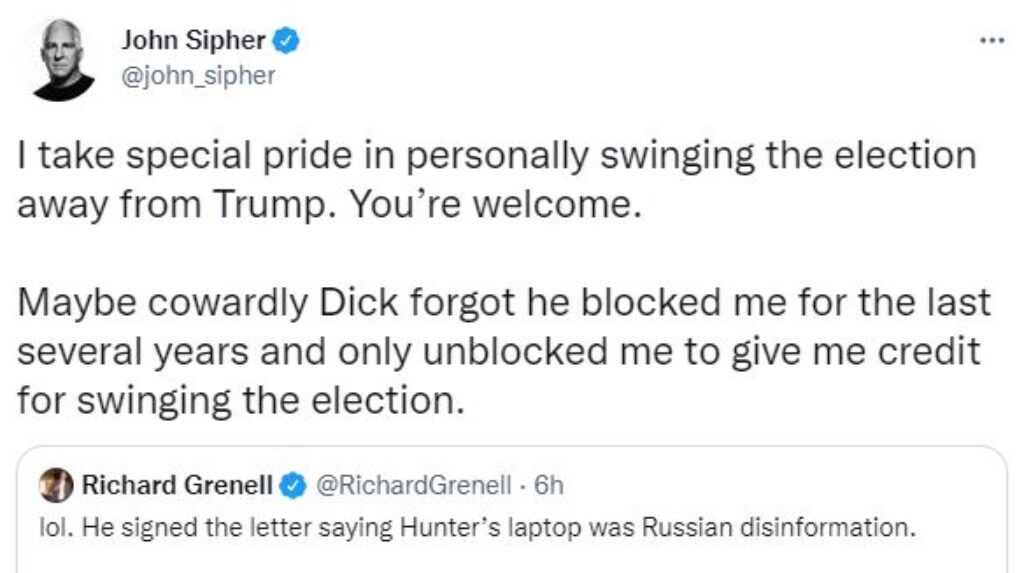 Of course, he did catch himself and what he stated, which seems to be implicating himself in a federal crime.

“Just to be clear,” he tweeted. “Disingenuous Dick and his cronies are spinning this story by pretending the letter said something it didn’t say. Didn’t say the laptop wasn’t Biden’s but that Russia and the right-wing were exploring and amplifying the story for disinformation purposes.”

The irony of Sipher prefacing the post with “Just to be clear” to go on and deliver the most nonsensical art of the spin is the chef’s kiss in all this. Sipher is claiming that he and others didn’t claim “the laptop wasn’t Biden’s” but merely that “the story” was shared for “disinformation purposes.”

That makes zero sense considering the October 2020 report from the New York Post was about the Hunter Biden laptop and the contents and communications discovered on it. The laptop was the story – to call the “exploring and amplifying” of the report “disinformation” is to quite literally call the laptop itself a piece of disinformation.

“Sipher was among the many “intelligence experts” who falsely claimed the Hunter Biden laptop story from the New York Post back in October of 2020 was part of a “Russian disinformation campaign,” noted En-Volve.

These guys don’t know how to tell he truth. All they know is lies because their daddy is the father of lies.

Why has John Sipher not been arrested and charges brought against him for confessing to a felony?

Corruption In DC Is Far Worse Than Most Americans Imagine