Dallas: Parents Mobilize To Protest “Drag Queen” Reading To Small Children “What Color Is Your Underwear”

Once again, parents in a US city have taken to open protesting the degeneracy that is being foisted upon their children.  This time it happened in Dallas, Texas as parents not only outed one of the Drag Queens read “What color is your underwear” to the young kids, but protested the library’s lack of representing the community’s interest and promoting what is unlawful.

The Grauwyler Park Public Library in Dallas, Texas was behind the betrayal of the families and children of the community on July 13.

MassResistance was on top of it all.

In a report, Mass Resistance wrote:

This event pushed the envelope even beyond the usual perversion.

A particularly creepy part was when one of the Drag Queens read “What color is your underwear” to the young kids. It’s a shabby looking children’s book that is not specifically LGBT-themed but has a troubling focus – given what we know about “Drag Queens.” In the book, various animals show the others their underwear. At the end the elephant says, “I’m not wearing any underwear.” Is this a subliminal encouragement for the young children? At one point the “Drag Queen” reader blurted out, “Oh, don’t moon me!”

That’s not all, they also reinforced this depravity by providing coloring pages to the kids. 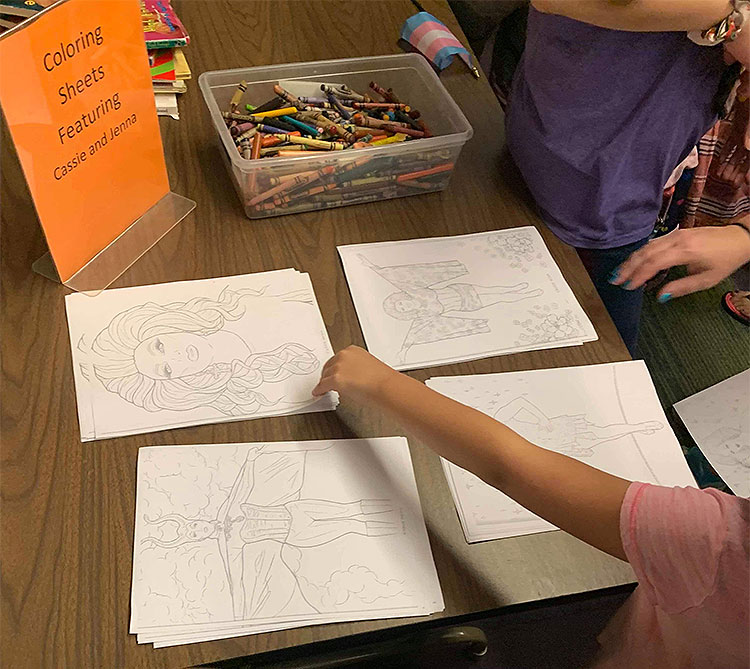 Drag Queens “Jenna Skyy” and “Cassi Nova” were at the event and you can tell it is so bizarre.  I mean who let kids into the Rocky Horror Picture Show?  No one!  But now these transvestites are allowed to read to kids as though it is a normal thing?  Sick! 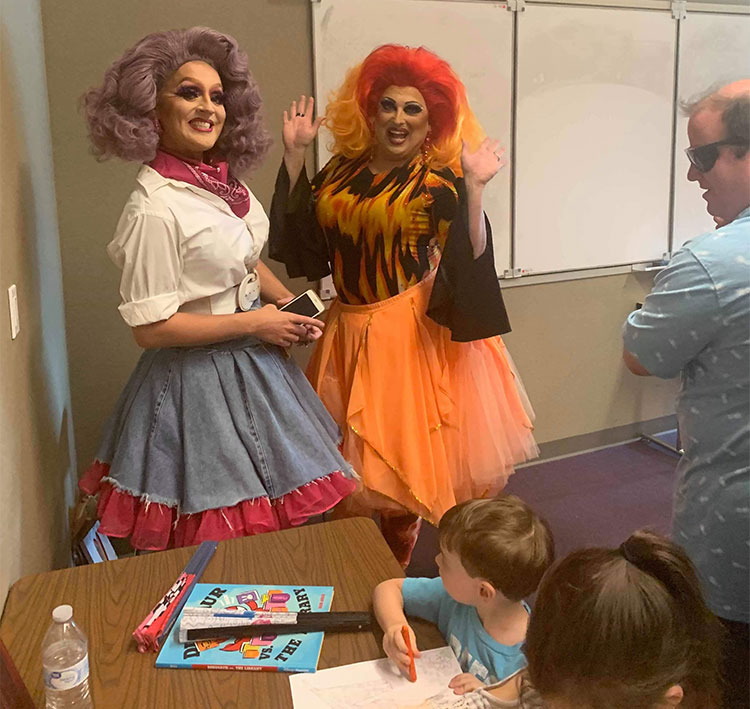 If that wasn’t bad enough, parents actually had a toddler in this! 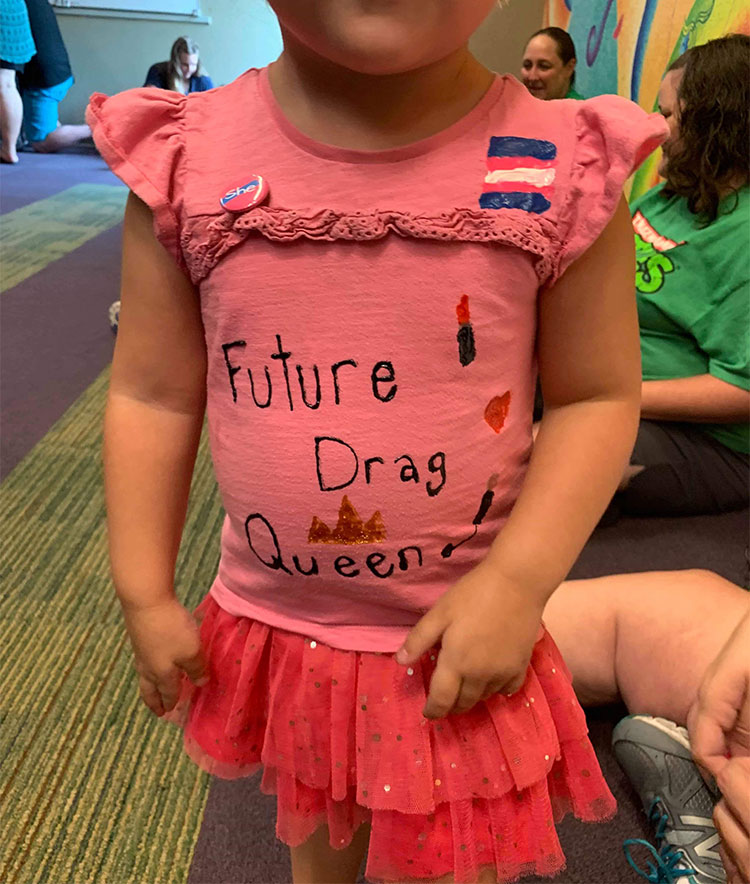 This is child abuse, plain and simple.

One of our MassResistance activists later asked one of the librarians: Who selected the books to be read to the kids at the Drag Queen event? We were told that the books, including “What color is your underwear,” were personally chosen by the main librarian. The librarian told us that they consider this event simply a form of “entertainment” – similar to reading the story “Cinderella” to kids.

The librarian told us that “background checks” had been done on the Drag Queens. Really? Our Texas MassResistance team did some social media research on the two “Drag Queens” who were there: Check out “Cassi Nova” aka James Gary Love and “Jenna Skyy”aka Joel S Hoselton. (Both of these men appear to be wearing a body-colored chest attachment with make-up to make it appear that they have women’s breasts.)

And lest you think this is about something other than grooming these children, these pervert criminals are telling you right out what they are doing. 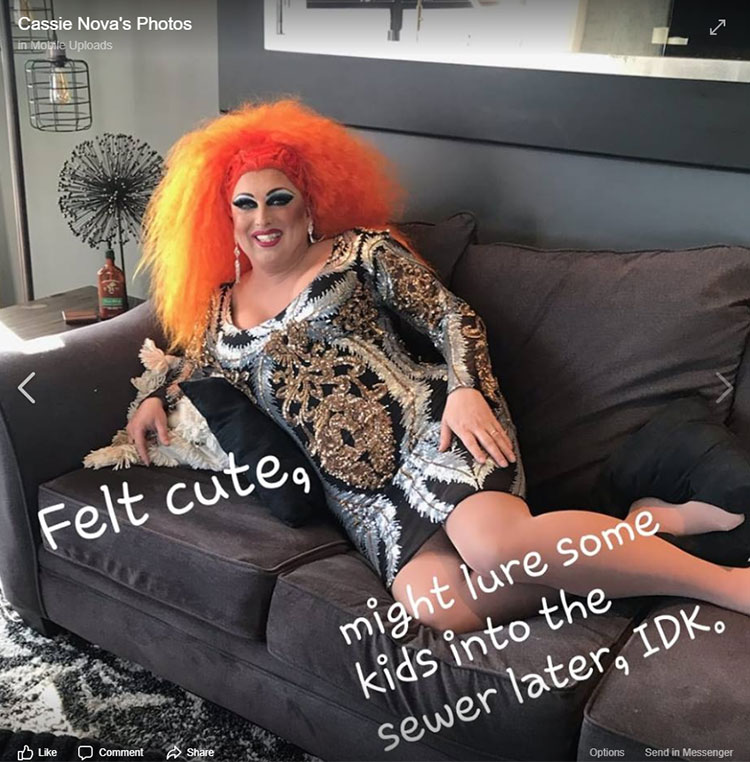 But parents were having none of it and I’m surprised there weren’t some with rope with them.

These “Drag Queen Story Hours” being held across the country are definitely not meant to be entertainment. They target small children as young as 3 years old.The admitted goal is to program children’s minds – to “give kids glamorous, positive, and unabashedly queer role models” and to encourage young children to “defy rigid gender restrictions.” Parents are angry and outraged that these are being run and promoted by public libraries. This is an attack on children and their families by the LGBT movement.

Our new Dallas MassResistance chapter organized a vigorous protest outside the event which lined the street in front of the building. Approximately 50-75 people showed up and definitely made their voices heard.

The protest reached far down the street in front of the library. 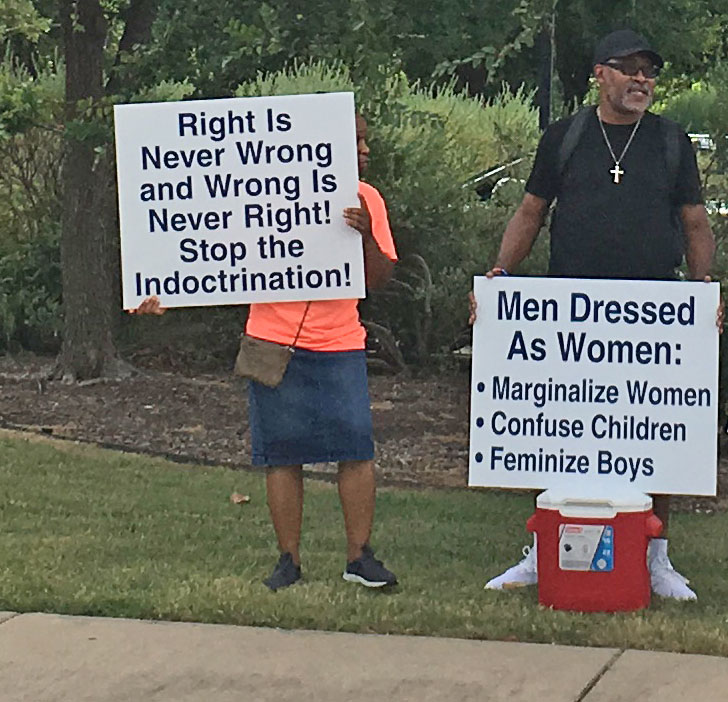 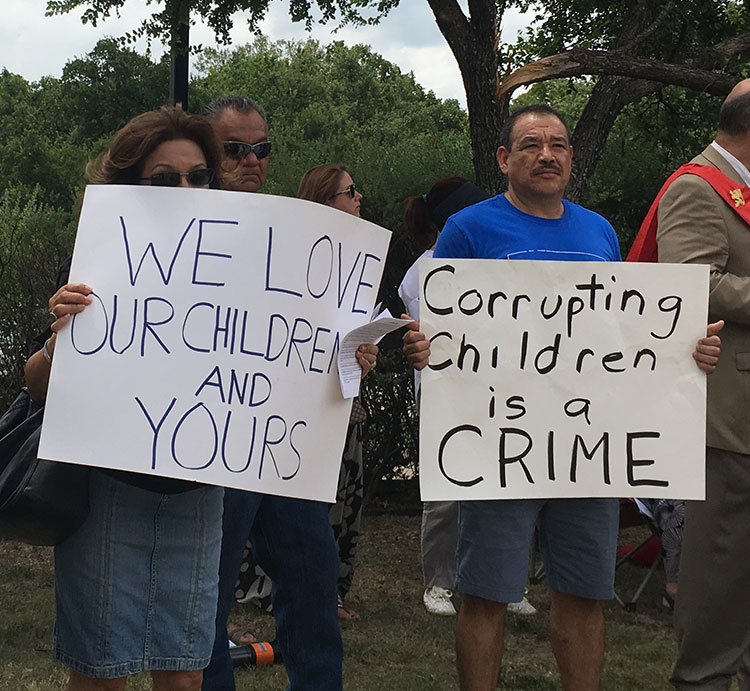 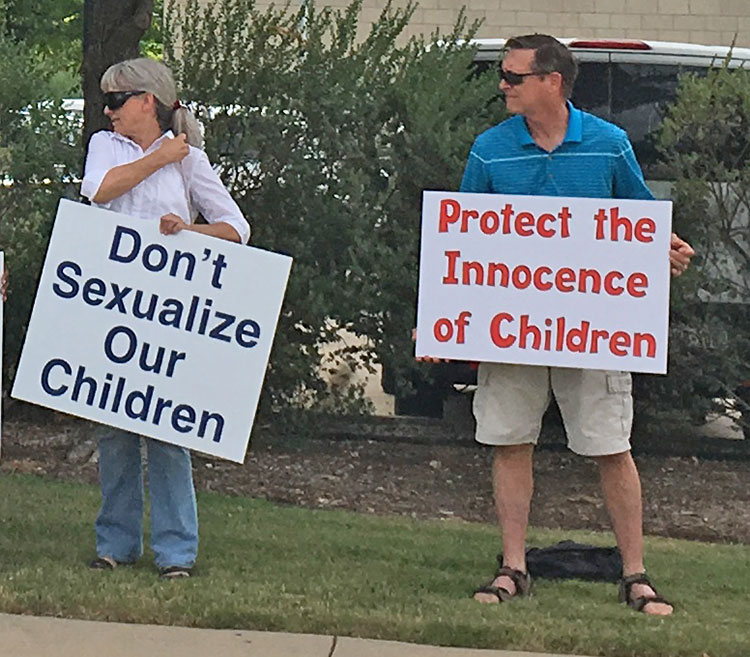 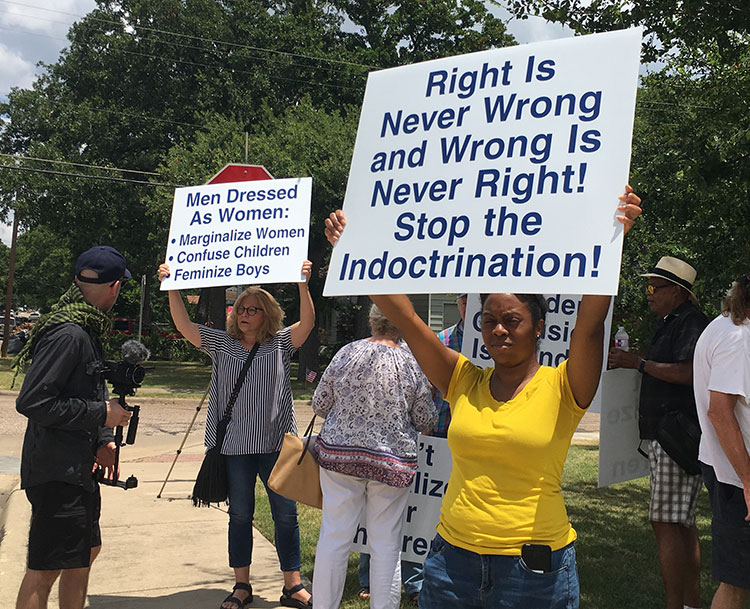 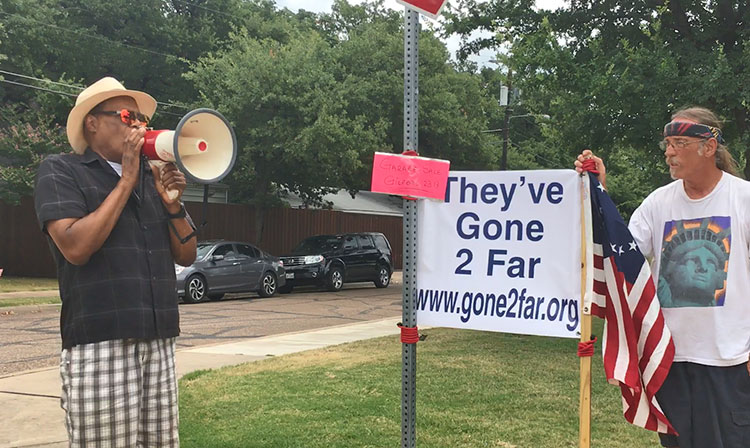 Pastor Stephen Broden (left) is Senior Pastor at Fair Park Bible Fellowship Church in Dallas. He spoke to the other protesters in support of their efforts. 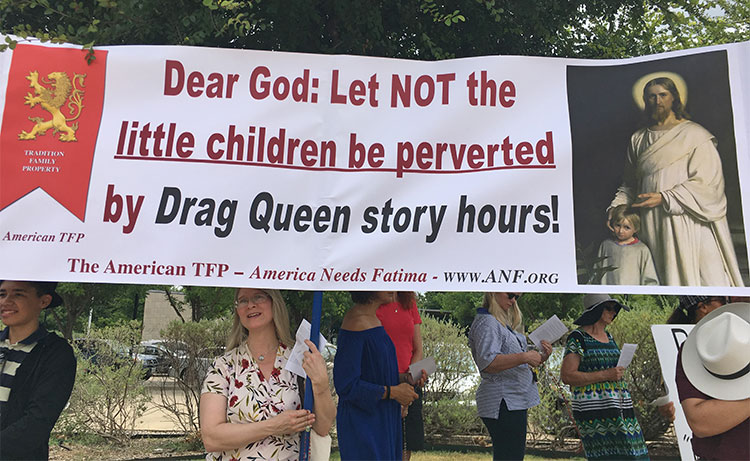 A Catholic group, America Needs Fatima, brought some banners and parishoners who prayed the rosary.
ANTIFA even threatened to go after the protesters but were completely outnumbered and  shown to be the cowards they are.

David Pickup, a nationally-known professional licensed family therapist located in the Dallas area, came and joined the protest. Among other things, David helps children going through trauma caused by issues from sexual molestation. He gave a powerful speech about what the dangerous psychological effects that these insidious “Drag Queen” programs can have on the minds of young children.

TRENDING:  New York Mayor: “This Was An Intentional Act”

Romans 13 – An Interpretation You Probably Haven’t Heard Before (Video)

Dallas: Parents Mobilize To Protest “Drag Queen” Reading To Small Children “What Color Is Your Underwear”