After years of fighting the federal government and being maligned, on Saturday, March 28, 2020, Defense Distributed launched DEFCAD, the largest online firearms repository.

In an email sent to supporters, Defense Distributed wrote:

This momentous occasion comes after an eight year battle fought by Defense Distributed and DEFCAD founder, Cody Wilson, beginning with the release of the Liberator pistol in 2012. The perseverance of crw and the DEFCAD team has now forever secured your Second Amendment and expanded it beyond what the enemy ever dared imagine.

Additionally, DEFCAD claims that they are available to residents of and persons in the state of New Jersey who possesses a federal firearms license.

Additionally, you will have to pay $50 per year to become a Legio member and access the CAD files.

Here’s a screenshot of many of the firearms you can produce via a 3D printer, plus magazines, barrels and triggers. 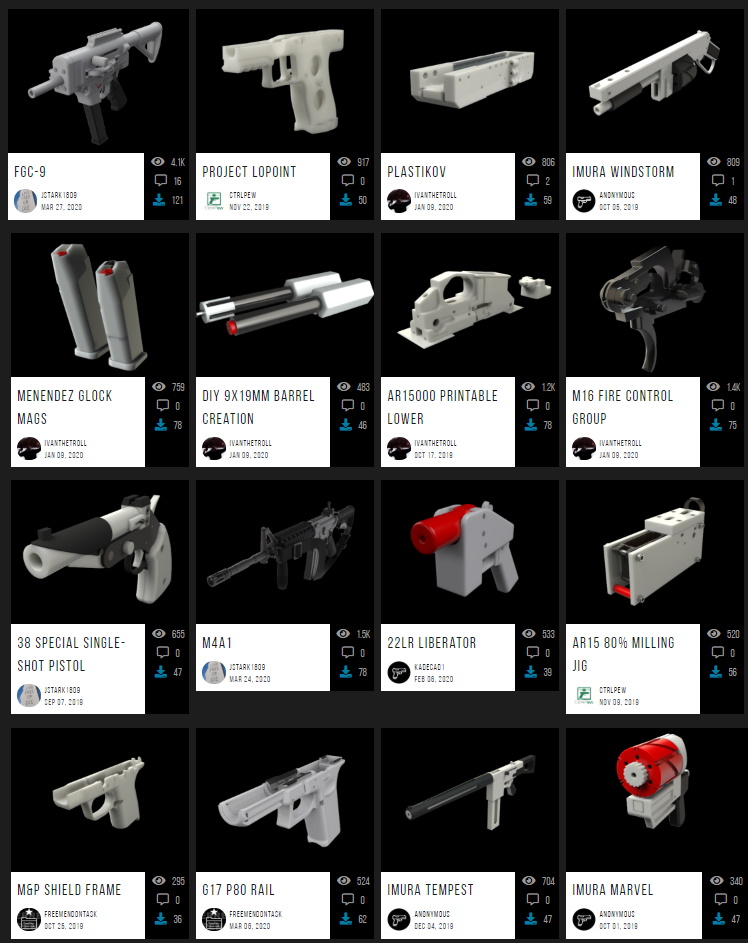 In a post at Legio, the announcement was also made.

I bring you good tidings. As you head into your weekend lockdowns, I’d like to mark a special occasion.

DD resumed shipments of the Ghost Gunner 3 this week. Global supply lines would appear to be stabilizing since February, and DD doesn’t expect further manufacturing interruptions or delays.

And a special note on Contract Y from the Defense (Contributed) days of 2018. I can reveal that contract was for the technology necessary to run an ITAR-compliant file-sharing service. I can reveal this because the contract is now fulfilled, and DEFCAD, the world’s largest firearms repository, has announced its reopening.

March 27 is Goliad day in Texas.

Because we borrow so much from the spirit of those 400 martyred, we thought we’d mark the occasion.

In marking the event, Defense Distributed produced a short video.

Goliad is in Goliad, Texas and the location for a massacre of Texians during the revolution. The Fannin Memorial Monument you see in the video is in the Goliad State Park.

Now, you can understand that Cody Wilson is not pursuing fame or fortune, but seeking to provide a means of preserving people from a tyrannical government.

Final Report Issued By University Of Alaska Fairbanks: WTC7 Not Destroyed By Fire On 9/11