I have to say that I was not surprised to watch the “vaccination” of Vice President Mike Pence today.  I specifically paused the video to see a before and after shot of the “needle” completely disappear, not into his arm, but apparently right back up into the syringe.

If you watch closely, you will see clearly the needle of the syringe on both Karen Pence and Jerome Adams both before and after the “injection.”  However, while the needle is visible on Pence before the injection, after it is not and there seems to be a clear attempt by the man administering the injection to hide it carefully.

Of course, both Adams and Mrs. Pence could have also been using a retractable syringe, but I think it’s noteworthy that VP Pence doesn’t even so much as blink when “pricked.”

Here’s a meme I created with still shots showing my observation. 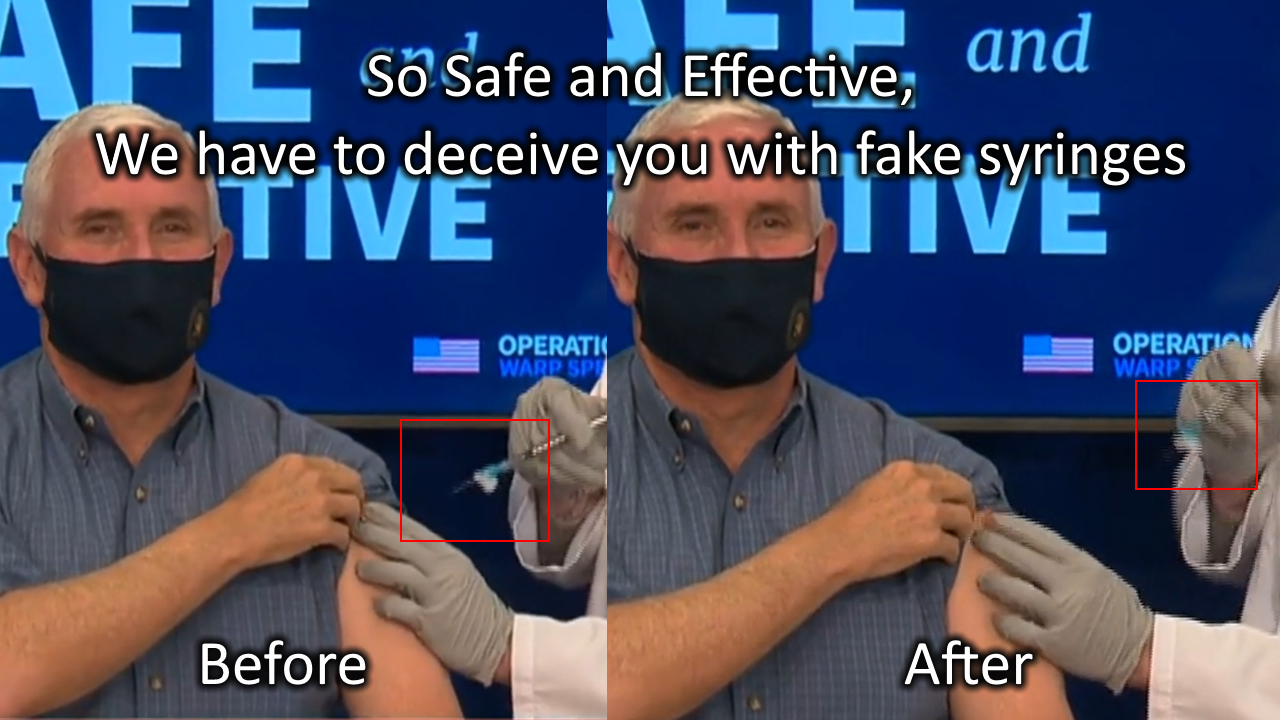 This is not new.  In fact, we know they make such syringes.

Oh, and let’s not forget the Ontario Minister of Health’s pretend vaccination in 2019.

Oh, and then there’s this. Why is the “vaccine” all over the arm? Cause it’s not injected into the skin? Retractable needle anyone?

Ask yourself, has it ever been necessary to apply this much pimping for unwanted vaccines?  I’ve never seen it before.

PCR Testing & The Mysterious Death Of A Vaccine Safety Advocate

More Side Effects From The Vaccine: Nurse Faints Moments After Getting Pfizer Shot