Anti Fed Ed Warriors, you know that I’ve given you several well researched articles exposing the direct UN (United Nations) ties to STEM and STEAM (Science, Technology, Engineering, (the Arts), and, Math) in America. You also know I’ve shown you how STEM/STEAM isn’t American created, but international in standards, assessments, and agenda.

You also may know that I gave you the PCAST (Presidential Council of Advisors in Science and Technology) Report where it was plainly stated that STEM was to be rolled out about the same time as Common Core (now College/Career Readiness).

If you missed that article, here it is.

I would like to also point out the while the previous Administration in DC received this PCAST Report and put the gears in motion, our current Administration has advanced the CCSS Machine (where STEM/STEAM are also found) moreso than any other Administration.

The purpose? To deceive us. The fruition, however, for STEM in America was this:

STEM education for a STEM nation with STEM jobs for a STEM economy for the greater global good.

Warriors, we’re in the second session of the 116th Congress and elections are surrounding us at every corner.

However, while all eyes are distracted, what IS the 116th doing when it comes to creating MORE legislation for STEM/STEAM in America? (Below is an archived visual I made, but it still applies today.) 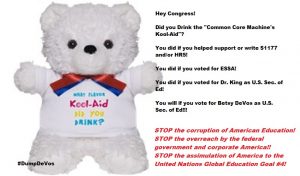 In no particular order, below are the over 30 current Congressional bills, and/or, laws created for expressly promoting STEM/STEAM in America.

S 737/HR 1665: The Senate version was passed into law in Dec. 2019. The purpose? Increasing STEM for our youngest learners (PreK) in schools and community-related settings. Warriors, our little girls are the main targets.

HR 4372: This STEM Bill has passed the House and is in the Senate’s HELP Committee. The targets? Minority serving higher education institutions.

S 153/HR 425: The Senate version became law in Feb. 2020. The STEM targeted group? Our military veterans and reskilling them for new careers.

HR 399: Relates heavily to the trio above. This is called the PATH Act (Pre-Apprenticeship To Hard Hats Act).

HR 4965: This is called the LEARNS Act. Increases skill-based CTE/STEM learning via registered apprenticeships. Pre-apprenticeship ages are not specific, but the competency-based education (CBE) is very much so.

HR 3769: This Bill gives the U.S. State Dept. a ‘free pass’ to relax job qualifications for civilians ‘fluent’ in STEM and applying to work in this federal Dept. If you missed my recent article about the State Dept. and its Secretary (Pompeo), you missed his full support of STEM.

S 279/HR 2528: The House’s version passed and is now in the Senate’s HELP Committee. This pair increases the federal footprint of STEM for the entire nation.

HR 1197: This Bill creates a pilot P3 program to ‘invite’ youth to access good STEM American jobs via CTE courses. Combined leadership from the Secretaries of Education AND Labor.

HR 3173: Increased amounts of STEM  in the Jr. ROTC programs. These programs are accessible to ALL education choices, even homeschooling.

HR 5685: This STEM workforce based educratic Bill will breed students of all ages for national economic gains and national security. This Bill also has 5 related Bills in both the House and Senate. It’s important to note the national economy doesn’t mean our student’s personal economics (their paychecks) will benefit. Especially now that the USMCA (US-Mexico-Canada Agreement) is being implemented.

HR 627: This Bill directs the NSF (National Science Foundation) to report on the STEM impacts across America. The ‘burning question’ from Congress: Is STEM effective enough in our nation?

HR 3205/S 2297: This related pair will increase STEM in the U.S. Coast Guard. Especially any youth in Coast Guard programs. Related to S 2297 are 12 other Congressional Bills, 4 of which will embed climate change (HR 1322/S 2153) and infrastructure updates (HR 3210/S 2212) for America.
Warriors, these tie directly to the UN’s SDGs (Sustainable Development Goals).

HR 3099: This Bill gives STEM teachers a ‘forgiveness pass’ on their student loans provided they teach STEM at the Kindergarten level and up. Teachers at all public and not for profit private schools are targeted.

HR 4979: STEM in rural education is the target for this House Bill. It also directs the NSF to be in charge of increasing STEM in education from a federal level.

HR 3308: This Bill increases and adds ‘arts’ to the STEM mix. Known as STEAM, this internationally rooted agenda in education can be likened to public/government driven arts and culture.

HR 1591/S 1299: This pair is yet another STEM target for women and minorities. The ESEA (Elementary and Secondary Education Act, aka: ESSA) is targeted as the vehicle by which to increase STEM education.

HR 3321: This Bill amends the 2015 STEM Act and embeds STEM to STEAM education. Included are the NSF ‘informal education programs’ for STEM/STEAM. Warriors, are you noticing how much more power and overreach into education the NSF is receiving? It’s not by accident.

HR 4263/S 1744: This pair of identical Bills will keep the STEM talent supply in America and give permanent legal citizenship to qualified people. Warriors, we are not the only nation carrying this type of enticement for citizenship and workforce based education.

HR 5784: This amends the HEA (Higher Education Act of 1965) and targets minority students to learn STEM and then take on STEM jobs.

HR 2528: This Bill has passed the House and is in the Senate’s HELP committee. It increases the STEM job field at the federal level of government.

HR 5976, The P3 Act: This Bill directs the Sec. of Education to dole out STEM grants in the name of ‘progress and prosperity’. In fact the P3 stand for “Progress and Prosperity Partnerships”. The foundation for this late Feb. 2020 Bill? The Harvard’s Pathways to Prosperity Project. That Project, Warriors, is what started the most recent push for Career Pathways embedded in STEM AND CTE. The Project was also done with the overreaches of Pearson Publishing.

HR 4058, The SWAP Act: Warriors, this Bill will be loosely tie to education and STEM via technology. However, this Bill beefs up the greenhouse gas taxation scheme. It’s done in the name of ‘climate change’ which will also tie back to education and the SDGs. 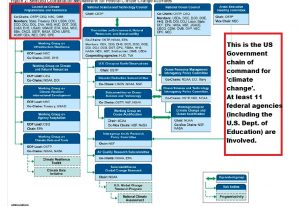 Warriors, there you have it. The latest batch of evidence that our Congress is more tied to the UN fruition of plans for Americans than We the People’s plans for our nation. You also can use this evidence to see how far your States and local communities have gone to adhere to this type of globalism.

Editor’s Note: Lynne and I covered this on Wednesday’s episode of Rotten to the Core on Sons of Liberty below.

Why Sleepy Joe Is The Democrats' Ideal Nominee