I’ve wondered for years why people have not torn this thing down.  No one wants to claim its theirs and therefore, since it clearly is pushing for population control, it is advocating lawlessness.  Now, it looks like someone has final dealt the first blow to this godless monument as reports are that an explosion damaged part of it.

An investigation is underway at the Georgia Guidestones in Elbert County, where it appears at least one of the pillars has been vandalized.

Residents near the structures off Hartwell Highway report hearing and feeling what are described as explosives around 4 o’clock this morning. An image taken by a WGAU listener near the scene shows what appears to be severe damage to one of the structures.

The Guidestones were unveiled in 1980 after somebody using the the pseudonym Robert C. Christian commissioned a granite company in Elberton to construct the structure which display a set of ten guidelines is inscribed on the structure in eight modern languages. The structure has also been referred to as “America’s Stonehenge.”

Here’s an image of the monument.

Here’s the image of what the blast did. 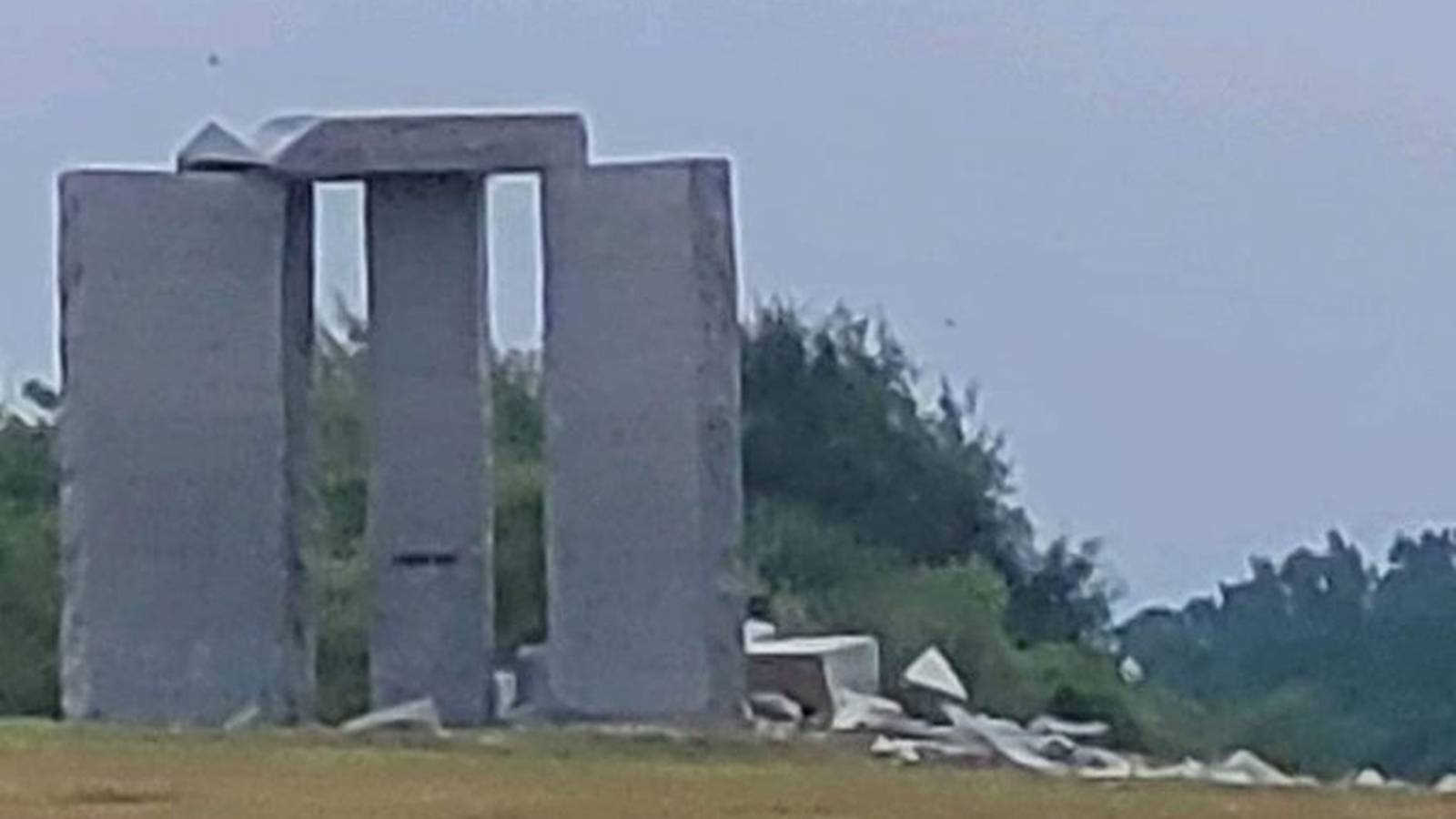 So, what’s on the Georgia Guidestones? Glad you asked.

A Guidestones marker states: “Let these be guidestones to an age of reason.”

UPDATE:  This video was released by The State of Georgia’s Bureau of Investigation.

‘Let This Case Be a Warning’: Health Care Workers Fired Over Jab Mandates Get $10 Million Settlement