Home»US»Florida: 4 Officers Arrested After Video Leaked Of Them Beating Man So Badly His Face Was Disfigured (Video)
US/Videos

Florida: 4 Officers Arrested After Video Leaked Of Them Beating Man So Badly His Face Was Disfigured (Video)

Clermont, FL — According to the officers involved, the savage beating of Otis Miller never took place. His mangled face and unconscious body found lying on the floor in a jail shower were a mystery according to the officers and this would be their story until a leaked video caught them all in a lie. Now, four officers have been arrested and charged with felonies for the horrific beating and subsequent cover up.

In July, a video was uploaded to YouTube by an anonymous source which showed a group of officers at the Lake Correctional Institution near Clermont viciously beating Miller—for nearly five minutes. The video was secretly taken by an inmate and was the only evidence of the crime. Had it not been published to YouTube, the four officers who nearly killed Miller would’ve gotten off Scot free.

“This video is deeply disturbing. We have zero tolerance for officer abuse or misconduct for any reason,” Mark Inch, the newly appointed secretary of the Florida Department of Corrections said after the video was posted to YouTube in July. “The actions of these individuals will not be tolerated. Our Office of Inspector General has launched an immediate investigation.”

In July, Inch said the officers who beat Miller “have been taken out of contact with inmates and will not be allowed to return to full duty until a thorough investigation has been completed. Those found participating in any level of abuse or failing to properly report abuse will be subject to administrative and criminal charges.”

Fast forward to now and all the officers have been charged.

As the video shows, the inmates filming thought the officers were going to kill Miller.

“As y’all can see, they’re beating him up. For what reason, I don’t know,” one said. “They’re steady beatin’ him. They are gonna kill him.”

During the investigation, the nurse who witnessed the aftermath described how the officers were celebrating the beating by exchanging high-fives and bragging about kicking and punching Miller.

Miller’s sister would be the one to expose the beating. She went to the authorities with the video and showed them what took place.

“I contacted Tallahassee. Me and my brothers wrote letters for them to do an investigation,” Miller’s sister, Shantel Grace said. “When I showed up, I caught them off guard because they wanted to know how did I know that since he was in confinement.”

For several minutes, officers took turns punching and kicking Miller who does not appear to be fighting back. In fact, he would later fall unconscious. After the investigation was complete, a new video, taken by the prison, was released showing the aftermath of the beating. It is hard to watch.

In the new video, several officers are seen approaching Miller, who either retreated to, or was dumped in a shower. He does not respond to any commands and appears entirely unconscious. According to the investigation, a nurse who was not seen on camera described Miller as “slumped over” and said he “did not appear to be conscious.”

As he was placed into a wheelchair a short but gruesome portion of the video shows Miller’s face. His jaw is disfigured so badly that his injuries were visible from is silhouette.

During the initial investigation, the four officers who beat Miller were not aware of the YouTube video. Capt. Milton Gass, officers Joshua Petersilge, Ian Gretka and Hunter Lingo all lied to investigators saying that none of them threw a punch or a kick. Even when they were told about the video, the officers denied it.

When one of their cellphone’s was searched, a chat was discovered of them mocking Miller and talking about covering up the beating. 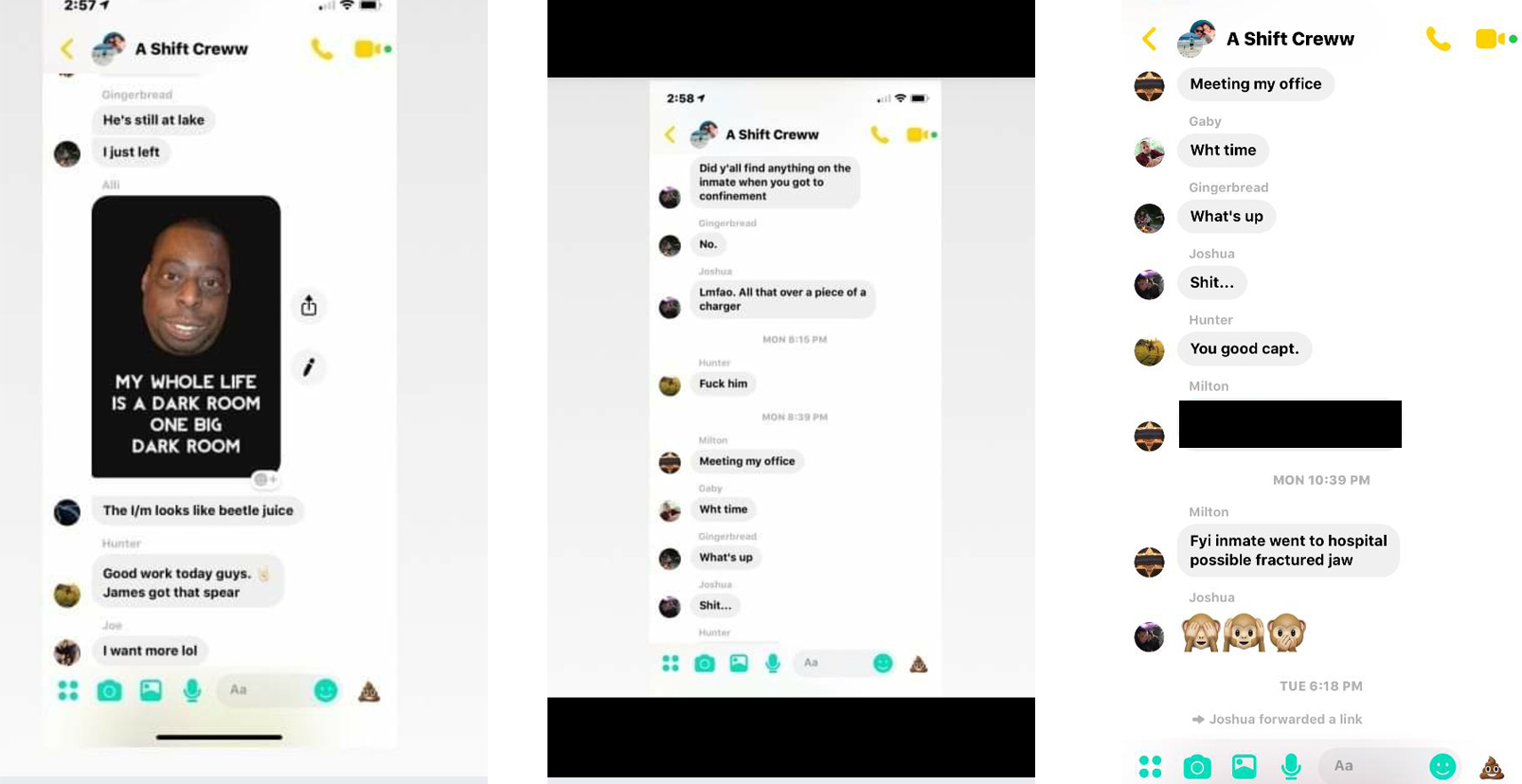 “I’m in total disbelief that these people have committed a crime and they’re so blatant and they don’t even care,” Rep. Dianne Hart, D-Tampa told the Times-Union. “It’s almost like they think they’re untouchable.”

Thankfully, they were not untouchable and they are now all facing felonies.

As for the YouTube video, officials still don’t know how a cellphone was smuggled in, nor do they know how it was put online. Investigators promised, “anyone found to have acted outside their authorities, or department standards, will be held accountable.”

“You can’t just attack people like animals because this is what you want to do. This can be anybody’s family member,” said Grace. “It brought tears to my eyes.”

All four officers in the video below pleaded not guilty.

Below is the full 5-minute video of officers beating Miller.

The Palmer Raids: 100 Years Ago Thousands Of Americans Disagreed With The President & Were All Rounded Up & Caged In A Single Night

Vigilante Justice: When The Law Fails To Serve Us, Then We Must Serve As The Law!

Florida: 4 Officers Arrested After Video Leaked Of Them Beating Man So Badly His Face Was Disfigured (Video)