Home»Politics»Indoctroeducation: The Global STREAM Running Through The USA
Politics

Indoctroeducation: The Global STREAM Running Through The USA

***Author’s Note: This is an in-depth researched article for you. Please, take a couple of days to digest the information. My next interview will also discuss this article.***

Anti Fed Ed Warriors, If you saw the snippet for today’s article, you’ll see a new word: ‘indoctroeducation’. That’s my new creation for what we’ve seen trotted via Common Core for years, which is picking up steam in 2020.

What’s the indoctrination? That we all should be workforce prepared, social justice lemmings for saving our planet at ALL costs! If Common Core (aka: College/Career Readiness, CTE (Career Tech Education), STEM/STEAM (Science, Technology, Engineering, {the Arts}, and, Math) hasn’t already accomplished the indoctroeducation, then, ‘by George’, S.T.R.E.A.M. will! 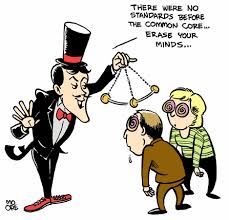 However, due to current media and government hyper-sensationalist moves, things are more confusing than ever. Warriors, that is PRECISELY the goal. Confuse the parents, taxpayers, and, citizens just enough so that the government (at all levels) can rush in and become your ‘savior’. 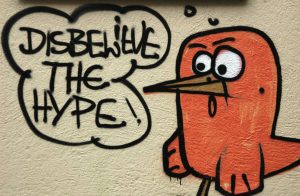 Think of it as a stream of manipulation which is becoming so large, it might as well be a tidal wave! If we do nothing, IT WILL SWEEP US AWAY. 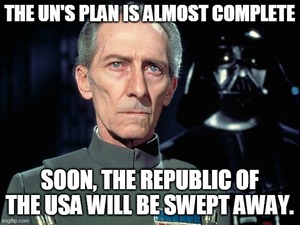 Most of you already know 98% of what’s above. What’s the other 2%? Oh, that’s the S.T.R.E.A.M.
For the remainder of this post, we’ll dive into the streaming waters of MORE ‘indoctroeducation’!

S.T.R.E.A.M. stands for “Science, Technology, Reading/Writing, the Arts, Engineering, and, Math”.
So, consider, when America first got STEM (Science, Technology, Engineering, and, Math). It was about the time Common Core rolled out. If you’ve followed my blog long, you know the purpose was to hide behind Common Core, so no one would suspect a United Nations agenda in American education.

Then, about the time of the name change (a shell game move by the CCSS Machine) of Common Core to College/Career Readiness, STEAM was introduced. That was “Science, Technology, Engineering, the Arts, and, Math”.
***Interesting notes: from 2018, this CT based Catholic article explains that STREAM is 100% Catholic-based and has 100% Catholic values. It also claims STREAM has ZERO secularism. Warriors, considering the Catholic church can be so closely tied to the United Nations, this certainly sounds AND reads suspect. Take into the account that the Catholic Women have a UN presence in NY. Take in the fact that the Catholic Church came up with its own Common Core Collaborative and that CCSS loving David Coleman has spoken to the Church before on education.)

However, S.T.R.E.A.M. isn’t the newest form of indoctroeducation. It IS, however, becoming more popular than its twisted family of STEM/STEAM. Before we look at the ‘why’ STREAM is becoming so popular, let’s look at the ‘how’ and ‘who’ portions of this.

How? S.T.R.E.A.M. was developed and plays off PBE (Placed Based Education). PBE, updated and developed in 2004 by David Sobel. Sobel has been at work, ever since embedding PBE and PBC (Placed Based Curriculum). It’s truly odd that STREAM is found directly in connection.

As recently as 2019, Sobel’s lecture series was all about making education more like a farmer’s market. His work, along with Jamie Cloud’s ‘sustainable indoctroeducation’ can be found at the Univ. of Maine, 2018.

What? Warriors, STREAM hides in PBE, Placed Based Education (AKA: PBC, Place-Based Curriculum). PBE embraces community groups like Boy Scouts, Girl Scouts, church youth groups, community schools, parks and recreation departments, private schools, 4-H Clubs, “green” clubs, nature preserves, and, ANY outreach program connected to ALL of these! Below are some screenshots I captured from a local community magazine. Notice the targeted ages of the children, along, with the attacks on their attitudes and values: 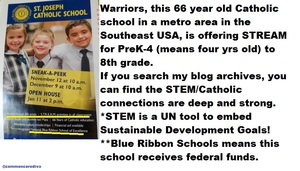 Above, you can see 4-year-olds to 8th graders. Below, notice the former teacher pushing mental health: 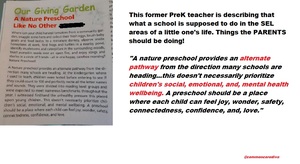 Below, the same teacher explains how PBE plays right into what this school is doing: 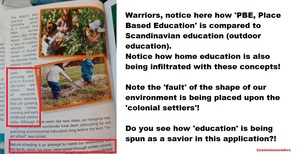 Helping us answer the ‘who’, ‘how’ and ‘why’ for PBE and STREAM’s presence in our lives, is the Annenberg Foundation’s 1990s multimillion-dollar ‘investment’ in American school reform, especially for rural schools. 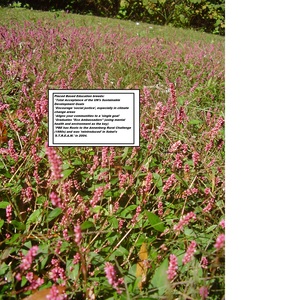 According to the Ed Tech Review, STREAM is ideal because it’s holistic. Holistic approaches in education are called ‘whole child’ which means not only will their minds be influenced, but their senses and actions. Under ESSA (Every Student Succeeds Act) ‘whole child’ is referred to as ‘SEL or Social Emotional Learning’. As we know, Warriors, SEL has been manipulated to attack values, attitudes, and beliefs. Under ESSA, STEM (and all connectors) was increased, not only in how embedded it is in our communities, but how many ‘certified’ STEM Corps Teachers America needs to have.

From the same article and teacher in the images above, look at how holistic the agenda tones are when it comes to the same school and young children:

2) From the Ethics Centre (Australia), a short video on ‘consequentialism’. It’s geared for businesses, but considering the CCSS Machine AND our US federal government have treated education from a business-like entity, this is VERY relevant in understanding HOW STREAM’s becoming so popular.

3) While I couldn’t find a direct link between the Ethics Centre and the Gates Foundation (yes, the Foundation gives grants for ‘ethics’ in education), I did find that the Centre has an initiative called the IQ2 Debates. These are held around the world and began in 2012. The United States is included. What is interesting, is that the IQ2 Debates Initiative is communication and technology-based. Back in 2000, Gates did unleash a global communications project, the Center for International Media Assistance while in Australia. The Center has ties to not only ‘indoctroeducation’, but the SDGs (Sustainable Development Goals), P3s (Public-Private Partnerships), and, so much more.

4) Back in 2014, I exposed the SOLED (Schools and Communities Learn for a Sustainable Future). It ties to the CASEL entity. CASEL is the Consortium for Academic Social and Emotional Learning. (*Note: be sure to enlarge the iceberg picture in the article. It’s relevant for STREAM, too.

5) Also from 2014, Sobel’s paper on the Portland (WA) State University’s Leadership for Sustainability Education will reveal how this was never meant simply for adults in higher education.

6) If you’d like to read Sobel’s 2017 seven-page paper of the whole child/whole community ‘benefits’ of PBE, go here.
His direct quote on Page 6 is truly of interest for alignment to the SDGs in a collective manner.

7) From the Center for Place Based Learning and Community Engagement, we can learn that ‘engagement-based education’ is also another name to attach to PBE. Warriors, in the ESSA, ‘student engagement’ was among the many mandates.

8) From Kansas, an announcement for STEM and PBE from the USDA (U.S. Dept. of Agriculture) in the form of a grant. Robotics, telemedicine, and, distance learning are all parts of the ‘award’.

9) From the days of Arne Duncan as the U.S. Secretary of Education, the “Future Ready Schools” included much of John Dewey’s twisted education philosophy, but also was plotting for education to be outside of the schools and in the communities in P3s (public-private partnerships). PBE was not mentioned, but certainly is visible. See page 26.

10) From Vermont, how schools and communities are being tied together via our food sources (not only will this address SDG #4, but several other of the SDGs).

11) From Nebraska, the closest thing to a set of STREAM education standards I could find. Totally setting students and communities up for college/career readiness (*Note: another ESSA mandate for communities to escape punishment via loss of federal funding.)

12) Above, is a screenshot from Australia. In this image, you can learn that the UNESCO push for environmental education began in 1990. Well, before Common Core or STEM was concocted for the alignment to SDGs. I’ve contrasted a very short and basic timeline for you. If you notice, the Tbilisi Declaration (1977) was cited as the official beginning of a global environmental education push. (*Note: there were 18 US Delegates at that meeting. See pages 95 and 96 for their names and note the vast array of US government offices are there.)

In 2017, the Declaration turned 40 years old. By then, STEM, PBE, and, all connections were made. If you wish to see the 1977 Russian newsreel of the Declaration, you can spot the US presence at the 2:43 time stamp. (English subtitles are provided.) The North American Assoc. of Environmental Education has much more. (*Note: be sure to look at what groups partner with them.)

Warriors, as you can see that 2% is a very vast and deep tip of the iceberg, so to speak. The ‘indoctroeducation’ is drowning our nation. We must throw a life-line into the STREAM filled waters to save our students and teachers!

Pastor John MacArthur Informs Governor: "Christ, Not Caesar, Is Head Of The Church!"

Indoctroeducation: The Global STREAM Running Through The USA