I think there have been enough eyewitnesses across several states who have provided affidavits to demonstrate there was widespread election fraud, or at least to the point of having a brand new election in those states.  Michigan is one of them.  However, something has to be done about a more transparent counting system.  What’s wrong with having the public video those counts?  You know, citizen journalists with their phones keeping an eye on people who are supposed to be serving them.

I don’t mean Georgia senators counting votes like below.  I mean citizens making sure things are on the up and up. 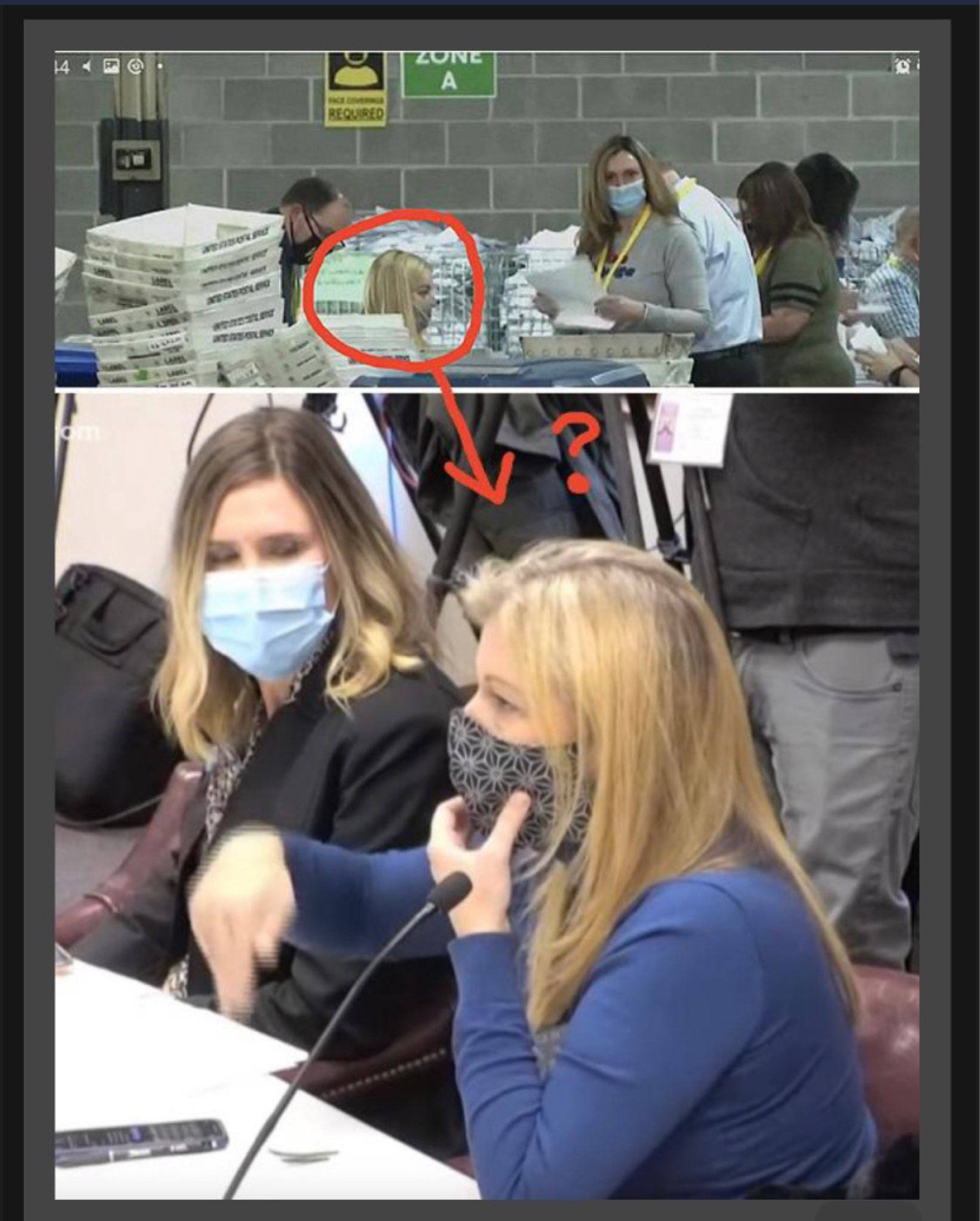 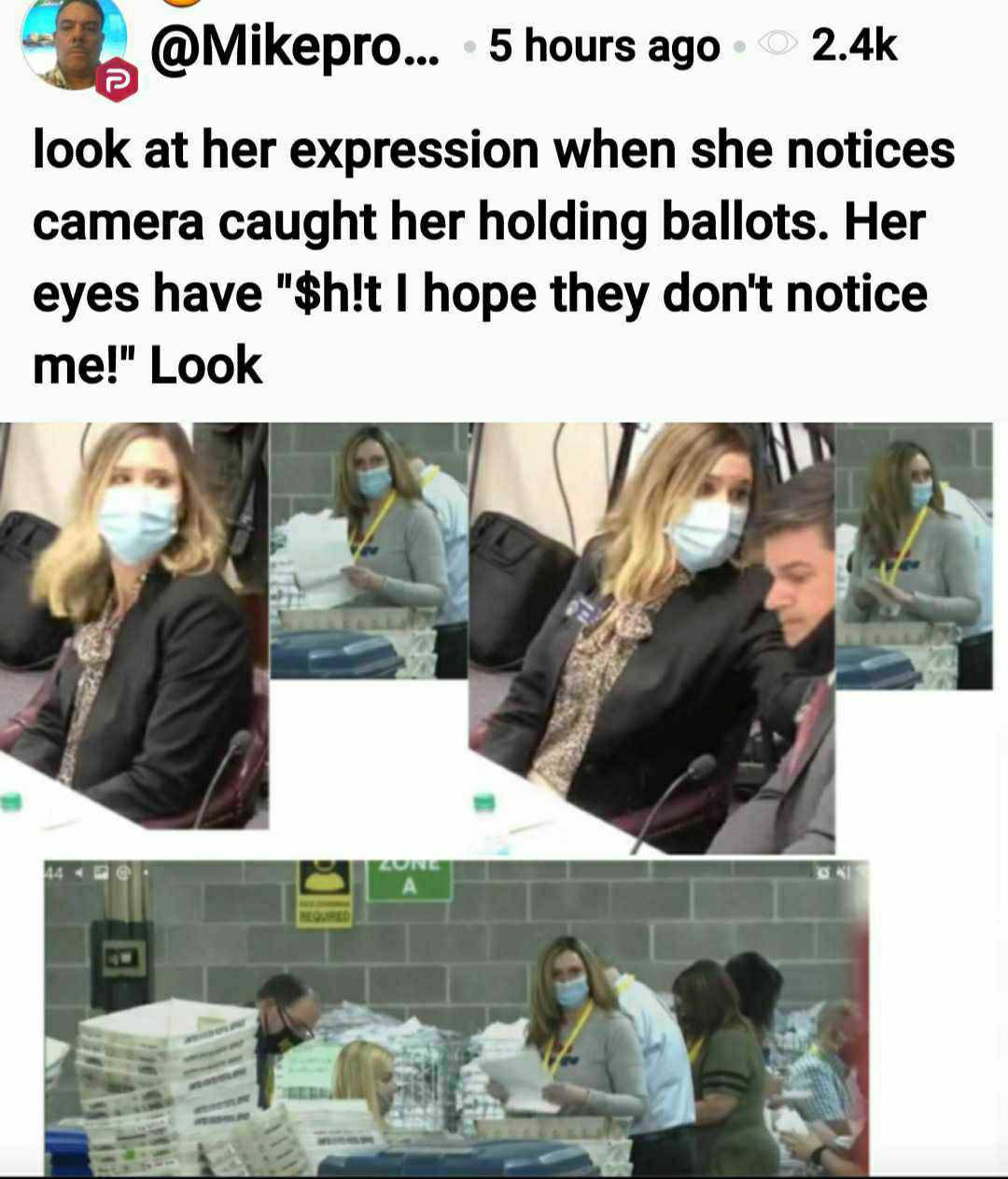 A woman who said she was a poll observer at the TCF Center in Detroit on Election Day testified in front of a Michigan State Senate hearing that she saw numerous military ballots that looked like “Xerox copies” and were all allegedly marked for Democrat Joe Biden.

The woman, who only identified herself as Patty and said she has nine years’ worth of experience, told the lawmakers that “military ballots … looked like they were all exactly the same Xerox copies of the ballot. They were all for Biden across the board; there wasn’t a single Trump vote.”

“None of the voters [were] registered,” and election workers “had to manually enter the names and addresses and a birth date of 1/1/2020, which would override the system and allow them to enter nonregistered voters, of which I saw several … throughout the day,” Patty said.

The woman said that when she and other GOP observers tried to challenge them, election officials “would tell us ‘no.’”

At one point, the poll observer alleged that when military ballots came in, she and others were told by election officials “to take a break.”

“There were lots of agitators at the TCF Center” who allegedly worked on “behalf of the Democrat Party,” Patty also told lawmakers. She added that GOP poll observers were told to go upstairs to eat while the purported agitators and Democratic poll challengers got food brought in and were able to eat on the same floor, suggesting the unequal treatment of observers.

None of the bipartisan group of lawmakers disputed her account. She provided no other details.

Michigan’s Secretary of State’s office has not responded to a request for comment.

John James, a Republican candidate for the U.S. Senate, has said he received multiple reports of irregularities and abnormalities in Detroit’s TCF Center on Election Night, including poll challengers and poll workers who reported feeling harassed and unable to do their jobs.

In an interview with The Epoch Times, Melissa Carone—a freelance IT contractor who worked at the TCF Center for Dominion Voting Systems—alleged that she saw “countless workers rescanning the batches without discarding them first” on Election Day and beyond. Carone also testified at the Tuesday hearing, saying that she saw workers rescanning ballots up to “8 to 10 times.”

Dominion has said, in response to other allegations, that “no credible reports or evidence of any software issues exist,” while saying that “vote counts are conducted by county and state election officials, not by Dominion.”

Previously, Secretary of State Jocelyn Benson said there is no evidence of voter fraud or irregularities that would overturn the election results in the state, which has 16 Electoral College votes.

“Where evidence exists of actual fraud or wrongdoing, it should be submitted in writing to the Bureau of Elections, which refers all credible allegations to the Attorney General’s office for further investigation,” Benson said earlier this month.

A spokesperson for Michigan’s Secretary of State’s office, in a statement to Epoch Times, responded to the allegations in the Michigan hearing.

“No actual evidence of any wrongdoing or fraud was presented, despite repeated questions requesting such evidence from lawmakers,” the spokesperson said on Wednesday. “Instead we saw a regurgitation of vague accusations based on lack of knowledge of election procedure and widely debunked conspiracy theories. We hope the state senate will allow future testimony illustrating the facts underlying this election.”

What’s this all going to lead to?  Who knows at this point, but I have yet to see a single arrest or anyone charged.  If this is only going to be about a Trump re-election, then no thank you, but if it is going to be about bringing justice for people who break the law in order to put Biden in the White House or any other representative into office, then I’m all for it.  David Knight makes the same point I’ve made and he has the same reasons I have for why we would be fools to get behind a Trump declaration of martial law as a solution for election fraud.

Child Flees Alleged Kidnapper, Runs Toward Cops, Who Shoot Her to Death