So, you become a member of an avowed enemy of America and you get a job in the Department of Justice, during the Trump administration, I might add.  This isn’t going on under Barack Hussein Obama Soetoro Sobarkah.  Yet, here we now have confirmation that a New York man traveled to Syria to join the Islamic State, and apparently, was allowed back into the US and is now employed at the Department of Justice.  Can you say, “Injustice”?

Mohimanul Alam Bhuiya, 30, left New York City in 2014 to join up with the Islamic State

.  He embraced Islam and jihad, even seeking to devise a plan to destroy civilian aircraft and promote it to ISIS.

During his time in the Islamic State, he admitted to receiving small amounts of military training.

Now, this guy eventually contacted the FBI and sought to return to the states claiming that he was somehow disillusioned, and while he faced criminal charges which could have put him in prison for 25 years, he simply cooperated with the FBI, and simply got supervised release.

“We’ve watched him closely,” said Seth DuCharme, a prosecutor who worked with him when he ran the counterterrorism unit of the United States attorney’s office in Brooklyn. “And we have developed — with a great sense of caution — trust in him over time.”

Yes, you read that right! This is the same FBI that has dropped the ball over and over and over again in “watching” people closely that they knew were Islamic jihadis.

This is how the FBI handled Bhuiya, according to court documents. 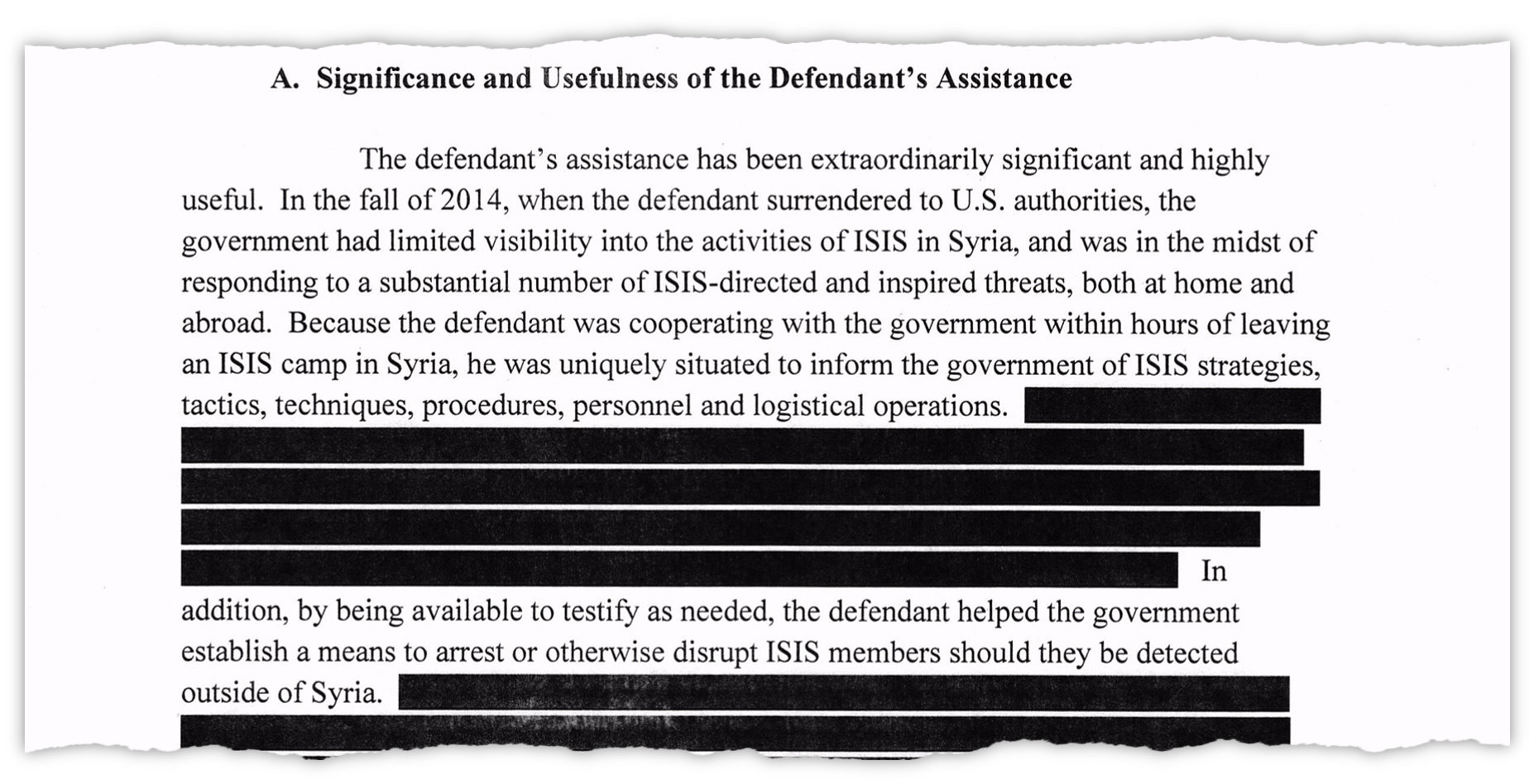 Of course, since the US was claiming to fight ISIS, how is this not treason?  Yet, when questioned by the judge in the matter of his future, Bhuiya said, “I have seen a lot and I have been through a lot of pain.  And at my age, right now, I’m considering what I call retirement. Like, I’m just going to relax, have kids and just live my life.”

Well, that’s good for him.  What if this guy is playing the FBI and is a plant?  I just don’t think these people give up an ideology like that without some sort of conversion.  I really don’t and Bhuiya shows no evidence of converting to Christianity.  So, in my opinion, he is a ticking time bomb, just waiting for his opportunity to strike.

Keep in mind this also occurred during James Comey’s time as director at the FBI.

As Patrick Poole of PJ Media points out:

Bhuiya was charged with material support for terrorism upon his return and faced 25 years in prison, but a federal judge last June sentenced him to supervised release with no jail time the New York Times reported, thanks to the intervention and recommendation of his Justice Department co-workers.

According to the Wall Street Journal, he now works with the U.S. Attorney’s Office in Brooklyn.

Bhuiya’s return helped the FBI under Comey to clear up a case they had previously botched.

According to the criminal complaint against Bhuiya, he had been approached on June 5, 2014, by FBI agents who had been monitoring his interactions online and were concerned he might try to leave the U.S. to join ISIS. He later explained to the Columbia Spectator that he had been radicalized by a “Muslims in Diaspora” course he had taken at Columbia University.

Exactly a week after the FBI visited him he was allowed to get on a plane to Turkey, where he crossed the border into Syria and joined the terror group.

According to an interview he gave to NBC News, he received indoctrination on Islamic law and military tactics at an ISIS training camp. On his ISIS application found in personnel files later obtained by NBC News, in addition to his personal data, Bhuiya detailed that he had a plan to “break down [i.e. crash] aircraft” that he wanted to present to the terror group.

On the same day that Bhuiya was allowed to leave the U.S., ISIS committed one of their worst atrocities: the mass murder of more than 1,000 unarmed military cadets at Camp Speicher near Tikrit, Iraq.

The terror group separated the Shia and non-Muslim cadets from their Sunni comrades and killed them individually and in groups. As many as 1,700 were murdered by ISIS during the Camp Speicher massacre. Mass graves of their victims are still being discovered. ISIS released a propaganda video of the killings.

According to Bhuiya, he was stationed in the Syrian town of Manbij near Aleppo.

An August 2014 UN report on atrocities in Syria and Iraq documents that an execution site was set up in a parking lot in Manbij, where public beheadings, amputations, and beatings were carried out.

The UN report also states that two weeks prior to Bhuiya’s arrival in Syria 153 teenage male Kurdish students were abducted in Manbij coming home from exams.

You don’t think he had anything to do with any of those crimes, do you?  I do.  By the way, he wasn’t “radicalized.”  He became a devout Islamists, plain and simple.

Furthermore, isn’t it interesting that Poole emphasizes, “Bhuiya’s return helped the FBI under Comey to clear up a case they had previously botched“?

I think so.  If you wonder why Islamic terrorism occurs in the US, look no further than the abject failure of the FBI to deal properly and lawfully with Islam itself, which teaches such things.

However, after engaging in blatant treason, Bhuiya emailed the FBI, wanting to come home and sought “exoneration.” 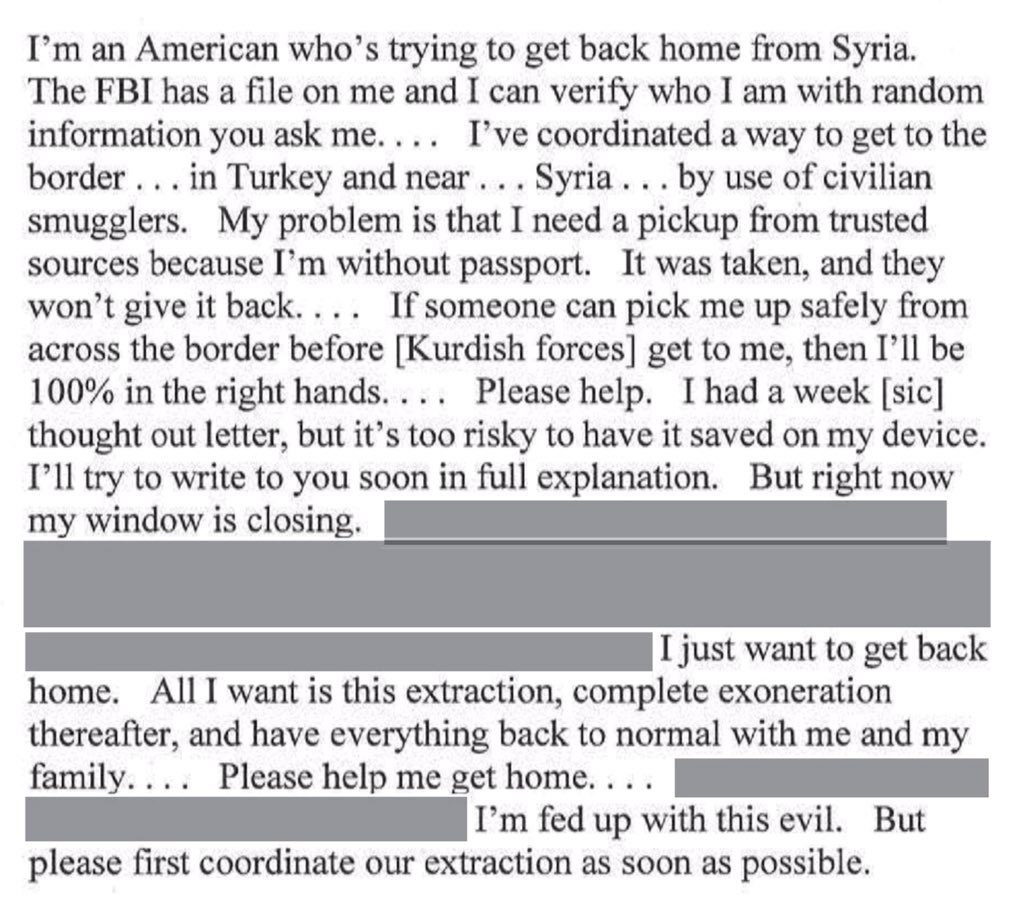 Seriously, he should have been immediately tried for treason and publicly executed, not given a job at the Justice Department.

As atrocious as this is, Richard Moorhead reminds us that this guy is not the only problem child in the DOJ, and that the DOJ has lost all credibility when it comes to the public perception of the department.

Bhuiya’s employment for the Department of Justice is emblematic of the dominance of cultural elite progressives within America’s primary federal legal institution. Former Attorney General Jeff Sessions was described in a recent book by Deep State leaker Andrew McCabe as having bemoaned the employee force of the DOJ, calling them “new people with nose rings and tattoos.”

It’s uncertain how a department credibly accused of systemic political corruption and bias against right-of-center Americans aims to retain credibility among the broader public, especially with a hiring policy that allows former ISIS terrorist wannabes to secure employment within its ranks.

I couldn’t have said it better myself.  Why aren’t people in New York City, the city that was attacked on 9-11-2001, not demanding that this man not only be fired, but tried as a traitor?  Oh wait, all you have to do is look at who they elect to know that answer.

DOT Increasing Supply Chain Shortage By Pulling Over 10,000 Truckers For Legal Cannabis Use

Will The Senate GOP Allow Islamists To Drag Us Into Their Fight With China?