Well, I’m sure that scared the poop out of them.  You’ll “peacefully descend” on a crime syndicate in your midst?  I’ll be those boys and girls are just quaking in their boots.  No, I’m serious!  Did your forefathers talk in such a manner?  Did they act in such a manner?  Haven’t you been “peacefully descending” for years to no avail except to be picked off one by one and imprisoned, suicided and maligned?  Does the Second Amendment with its provision for a militia being “necessary” for a free state not apply here?  Yet, the message of weakness, a big bark but no bite, is presented to the traitors of Arizona as they make demands they know won’t be met and then they will merely get excited, spend money, bring in talking heads to make money and the people will leave more disgruntled than ever and some might even end up in jail.

But this is the best plan they have and so these “patriots,” as I call them, and I mean no disrespect because I think they want the same thing we all do but only know how to go so far in achieving that and it is to simply following the execution of the law by the constitutional militia.

So, a group of citizens in Arizona have released the following statement demanding a new midterm election that is transparent to the public on December 6, 2022 or face a “peacefully” descending crowd. 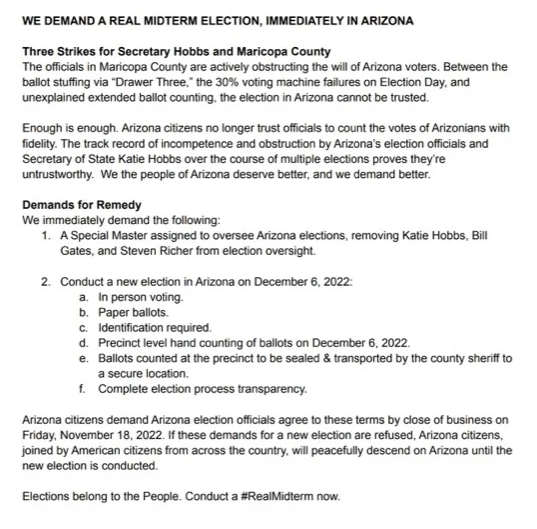 Look, I’m all for peaceful protests, but hasn’t the last several years shown you that isn’t getting the job done?

In fact, is that how our forefathers taught us how to deal with election fraud? Nope, not even close.

While I wish them the best, the reality is they aren’t scaring a single traitor in their midst because they know all these people will do is show up, talk and get tired and go home, worn down even more.

If you aren’t getting the picture, let me help you. 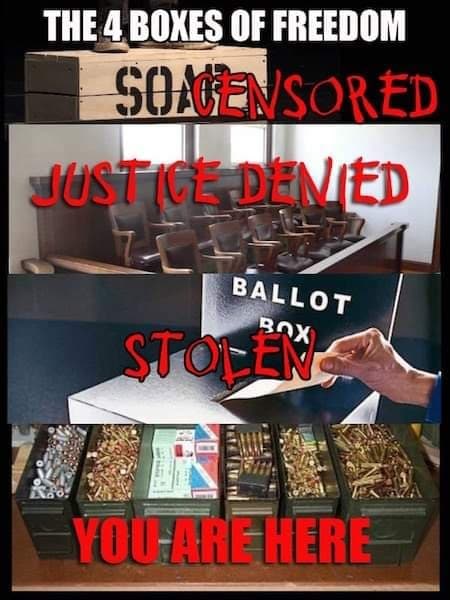 Article posted with permission from Sons of Liberty Media  postposte

Did They Just Spark World War III With A Missile Strike In Poland? (Video)

Kate Shemirani On The Murder Of Elderly & Disabled: 1,600 Per Day Killed In England - Has Nothing To Do With The Shot (Video)