Home»Politics»President Trump: US Will Pull Out Of Nukes Treaty With Russia
Politics

On Saturday, President Donald Trump said that he would pull the united States from the Intermediate-Range Nuclear Forces Treaty with Russia due to his claims, which were not in detail, that Moscow had violated the treaty.

“We are going to terminate the agreement and then we are going to develop the weapons” unless Russia and China agree to a new deal, said Trump.

“Russia has violated the agreement,” Trump continued.  “They’ve been violating it for many years and I don’t know why President Obama didn’t negotiate or pull out.

Due to a lack of details on the subject, Trump was asked to clarify his statements and actions.

National Security Adviser John Bolton was headed Saturday to Russia, Azerbaijan, Armenia and Georgia. An administrative official, speaking on the condition of anonymity,told Fox News earlier this week that Bolton would be informing Moscow of the INF pullout during the trip.

The 1987 treaty signed by President Ronald Reagan and Russian President Mikael Gorbachev was produced in an effort to protect our security and our European and Far East allies. It prohibits both the US and Russia from possessing, producing or test-flying a ground-launched cruise missile with a range of 300 to 3,400 miles.

RELATED:  Is It Just A Coincidence That Vicious Lightning Storms Hit Philly On The Day Of Hillary Clinton’s Acceptance Speech?

According to the Arms Control Association, the US is just behind Russia in the number of nuclear weapons we have in our arsenal. 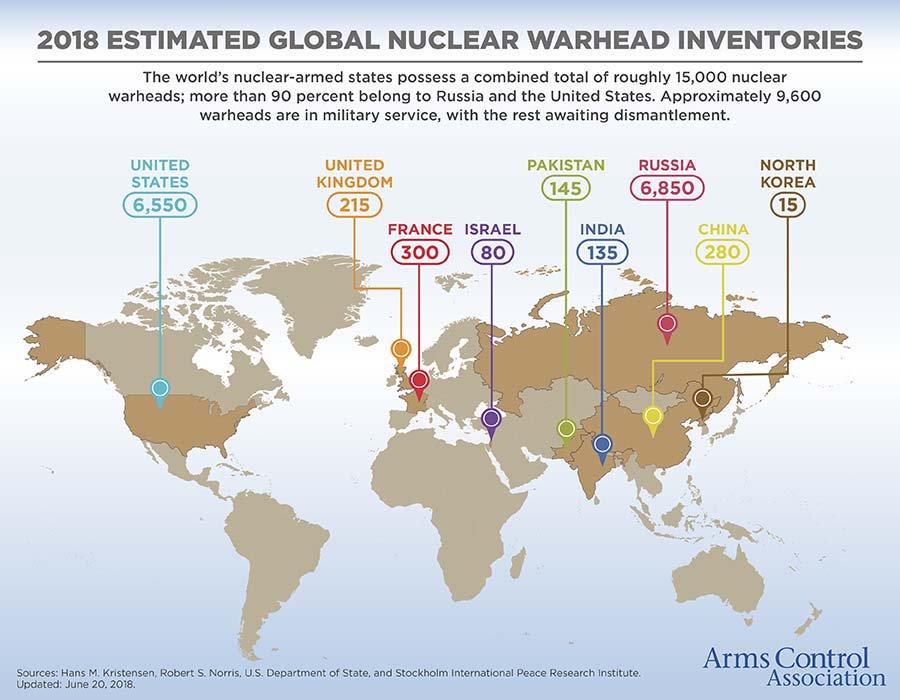 In that report, the US nuclear arsenal is listed as the following:

Russia is listed in possession of the following:

While the treaty specifies ground launch missiles with a range of 300 to 3,400 miles, ICBMs begin at minimal around 3,400 miles in range and increase up to 9,321 miles.  I don’t profess to be an expert on the subject of nuclear weapons, but it seems a bit silly to quabble over missiles that have less range than those we possess that we can fire with precision at virtually any place on the Earth.  But I digress.

“This is the most severe crisis in nuclear arms control since the 1980s,” said Malcolm Chalmers, the deputy director general of the Royal United Services Institute. “If the INF treaty collapses, and with the New Start treaty on strategic arms due to expire in 2021, the world could be left without any limits on the nucle

Nato ministers issued a joint statement saying the INF agreement “has been crucial to Euro-Atlantic security and we remain fully committed to the preservation of this landmark arms control treaty”. But they urged Russia to come clean about the capabilities of its new missile.