Home»Politics»Supranationalism: The Reason America Is Blurring The Lines For Alignment To The United Nations’ Agenda
Politics

Anti Fed Ed Warriors, you know how many articles I’ve devoted to showing you the direct ties between the UN (United Nations) and STEM (Science, Technology, Engineering, and, Math). I’ve included the link to all my archives on this union and its ‘change agent’ plot for you.

The New Call for “Informal STEM” In Your Community:

This new round of grants will use ‘evidence-based’ understandings for public informal environments (think libraries, museums, etc). The goal? To engage the entire public in ALL aspects of STEM. How will these grants use ‘evidence-based’ understandings? It’s a fancy way to say research, especially using people to conduct that research in formal and informal settings. If you’re curious as to HOW this all plays out in the general public, the IS (Informal Science) website has plenty for you to glean from. 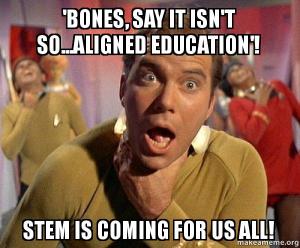 Warriors, remember the NSF (National Science Foundation) is a NGO (Non-government organization), much of its funding comes from OUR tax dollars. The NSF is also a willing partner of the UN.

What are some past ‘informal STEM’ projects?

In 2019, the OR Museum of Science and Industry received just over $200,000.00 for promoting family level interest in engineering. In PA, the Univ. of Pittsburg’s Learning Network for Museums, Scientists, and, Rural Communities received just over $400,000.00 in funding.

Look for your State
(Note: when you click on your State, you can see where the money goes. For example, NC’s over $12 million landed at the major universities like Duke, NC State, etc.)

Warriors, the NSF is also calling out for nonprofits, for-profit groups, higher education institutions, nonacademic groups, museums, observatories, research labs, and, US commercial industries (especially small businesses) to submit plans for regional sustainability for STEM. The following areas are of particular ‘need’. However, the documents supporting this January 21st, 2021 call reveal all aspects of our communities will be impacted.

The price tag for the grant ‘awards’? It’s $31 million dollars and will be divided anywhere between 15 and 23 individual ‘awards’.

Since so much of the sustainability is rooted in the United Nations, I thought you might like to see how each State is slotted for complete alignment to the SDGs: 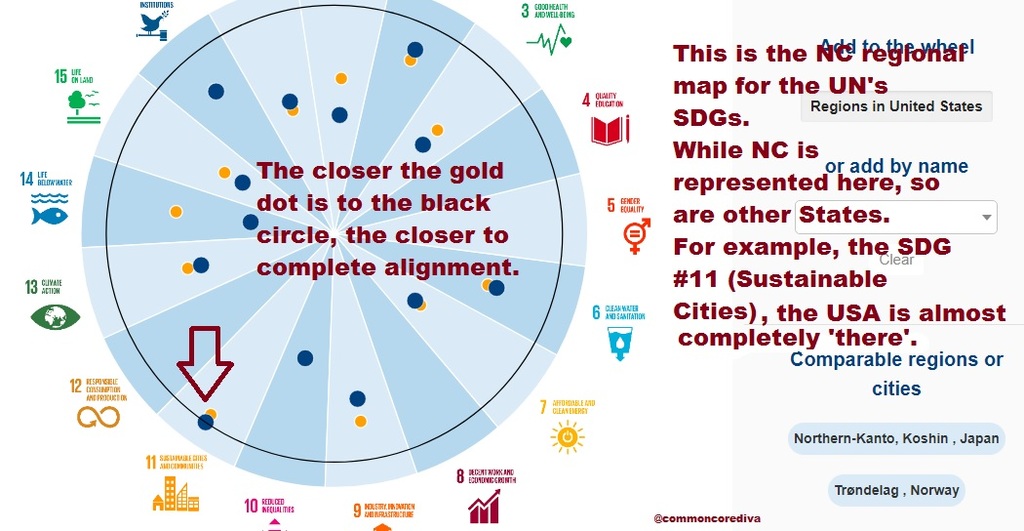 If you wish to see ALL the States stacked up against each other for the SDGs (NC is an example):

So, why is America blurring so many lines for alignment via STEM? Supranationalism!

The 2021 call for Regional Sustainability using STEM is rooted out of this publication for urban sustainability. Education’s mentioned a total of 21 times. Page 10 shows higher education’s educational programs/curriculum. On pages 28 and 29 you’ll see educators’ names for the alignment. Pages 30 and 31 tell you what this regional sustainability committee actually do to increase alignment. Page 13’s footnotes reveal a SEES (Science, Engineering, and Education for Sustainability) entity. Back in June 2020, I shared more about SEES with you. That article is where the featured image came from. If you didn’t see that image, here it is again:

Warriors, I’m not sure about you, but in my eyes, there’s NO better government than our U.S. constitutionally bound one. Sadly, though, many administrations, including our present one,  have discarded the sovereignty of it and replaced it with the UN’s global garbage. No where does this show up more than in education. The blurring of lines between American values and the ‘greater global good’ are stronger than ever. Will you stand with me to stem this tide, or be engulfed by the lies that STEM is the way to go?

If you have ever doubted my research on the importance of that 2010 PCAST Report handed to Pres. Obama about a STEM education for a STEM economy for a STEM nation with STEM people for STEM jobs for a greater global good, I hope you’ll take into consideration, America’s in perilous territory under our current Administration’s support for all things STEM.

Lastly, my Warriors, this isn’t about education, it’s about a total usurping of America as we know it. Education’s simply the change agent being blurred by the global Draconian moves.

I Had Aggressive Cancer, But Was Healed Naturally Within 5 Months. Here's What I Did.