What if the unconstitutional TSA detained you and turned you over to the Los Angeles Police Department because they believe you were a wanted person, but they failed to very it was you other than similarities in name? One woman found out and was put in jail for two weeks all because the TSA and the LAPD didn’t do their job.

A Southern California woman sued the city of Los Angeles and two police departments Tuesday, alleging in federal court that her civil rights were violated when she was held in jail for nearly two weeks after she was mistaken for a fugitive with the same name.

Bethany Farber was waiting for a flight from Los Angeles International Airport to Puerto Escondido, Mexico, last April 16 when she was stopped by Transportation Security Administration officers and escorted to a private room for questioning, according to the lawsuit filed in Los Angeles.

Farber, of Los Angeles, was placed in handcuffs and told that she could not board her flight because there was a warrant for her arrest out of Texas, she alleges.

The woman says she informed TSA officers that she had never been to Texas, was not wanted for any crime there, and repeatedly asked to have her identity checked. Eventually, LAPD and/or L.A. Airport Police officers put her under arrest “without confirming her identity or checking her driver’s license,” the suit alleges.

An LAPD spokesperson said the agency does not comment on pending litigation.

Farber and the wanted woman — also named Bethany Farber — “had nothing in common besides their name. (The plaintiff) is a young woman with long, blonde hair, while the other woman is older with short brown hair,” according to the complaint.

She would remain behind bars for 13 days.

“This was an experience that no one should go through, especially a law-abiding citizen,” Farber told reporters Tuesday. “You know, this is why we have our amendments in place to protect us — we shouldn’t be fearing law enforcement.”

The defendants “failed to do the bare minimum to confirm plaintiff’s identity. By looking at a picture of plaintiff and a picture of the other Bethany Farber, city defendants would have realized plaintiff should not have been arrested at all,” the 22-page suit contends.

Farber alleges her civil rights, including the right to be free from unreasonable searches and seizure were violated “with malice,” and that “reasonable measures” were not taken to determine her true identity before she was arrested, according to the suit, which seeks a jury trial and unspecified punitive damages.

Here’s just how much different both women look. The woman on the right is the one that lost her liberties for two weeks because the goons in the TSA and LAPD didn’t do a basic identification check. Perhaps, a just reward would be to cage every single person that had anything to do with it for 13 days at their own expense and see if they straighten up. 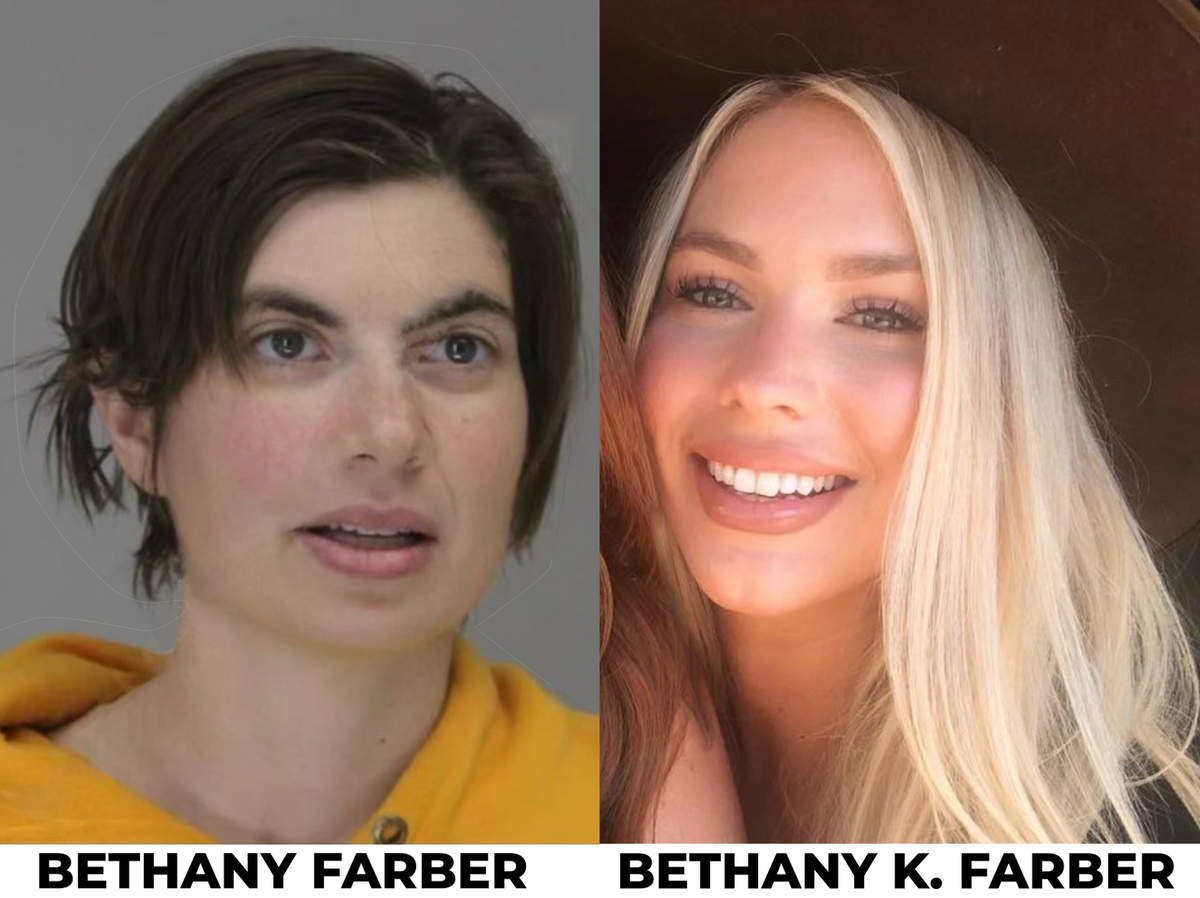