Does Anyone Actually Believe Hillary’s Lies About Islam & Terrorism?

Democratic candidate, by theft, Hillary Clinton, hasn’t changed her position on Islam or terrorism that she tweeted last year for the world to see. Clinton still maintains that ISIS, or any terrorist who yells “Allahu Akbar” (Arabic for “Allah is Great”) is not an Islamist, and has nothing to do with Islam.

Even if the suicide bomber or attacker says he’s committing the act in the name of Islam, it still has nothing to do with Islam, according to Hillary.

But does anyone actually believe her about this? Or about anything else?

@shortwave8669 @Kbadcock12 @realDonaldTrump I sleep well at night knowing I am standing my post for my country. 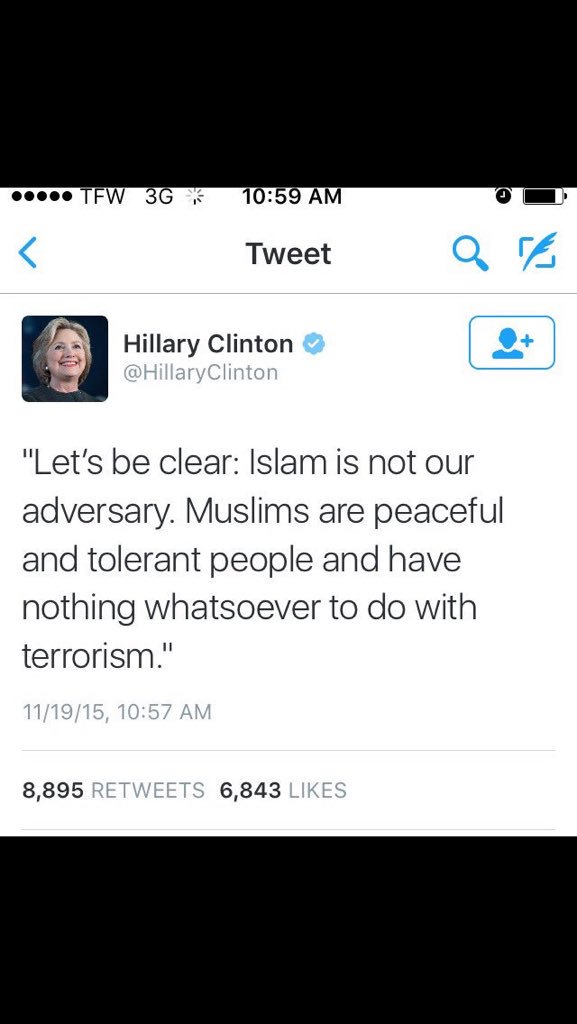 Article reposted with permission from Constitution.com. Article by Bethany Blankley.

Bye Bye Middle Class: The Rate Of Homeownership In The United States Has Hit The Lowest Level Ever

How Muslim Migrants Devastate a Community

Does Anyone Actually Believe Hillary’s Lies About Islam & Terrorism?