Dianne Feinstein was recently caught on the phone with Javad Zarif, Iran’s foreign minister. It is NOT within her jurisdiction to negotiate with Iran. So if she did attempt to negotiate, she is in violation of The Logan Act and could potentially face up to 3 years in prison.

Ever heard of The Logan Act Dianne?

This section shall not abridge the right of a citizen to apply, himself or his agent, to any foreign government or the agents thereof for redress of any injury which he may have sustained from such government or any of its agents or subjects. Source

So Why Else Would Feinstein be Conversing with Iran’s Foreign Minister?

Tensions are high between Iran and The United States at this point. If John Bolton had his way, we would have been launching missiles yesterday. Maybe Dianne just wanted to exchange cookie recipes with the foreign minister, to ease tensions. NOT!

Please notice that the text of The Logan act doesn’t say that Dianne (or anyone else) has to succeed, just that they have to contact these officials “with intent to influence the measures or conduct of any foreign government.”

Here’s a quick snippet from Conservative Tribune (a division of Western Journal):

This is a pretty tense situation best handled by the Pentagon and the Trump administration, one would say. That’s why this tidbit from Politico on Thursday caught our eye:

“SPOTTED: SEN. DIANNE FEINSTEIN (D-Calif.), who sits on the Senate Intelligence Committee, walking around the Capitol with her iPhone screen facing outward in full view, and Javad Zarif’s contact page on the screen. Zarif is the name of Iran’s foreign minister,” Politico reported.

So, in the midst of a crisis, the head of the Senate Intelligence Committee — an individual who finds herself diametrically opposed to President Trump more often than not — was talking to Iran’s foreign minister.

Here is an audio of Mark Levin’s show from last Thursday:

Again, why would Dianne Feinstein be talking to Iran’s Foreign Minister if it weren’t with intent to influence? Do you think she was authorized to make such a call from her iPhone

? There are secure lines for such things. 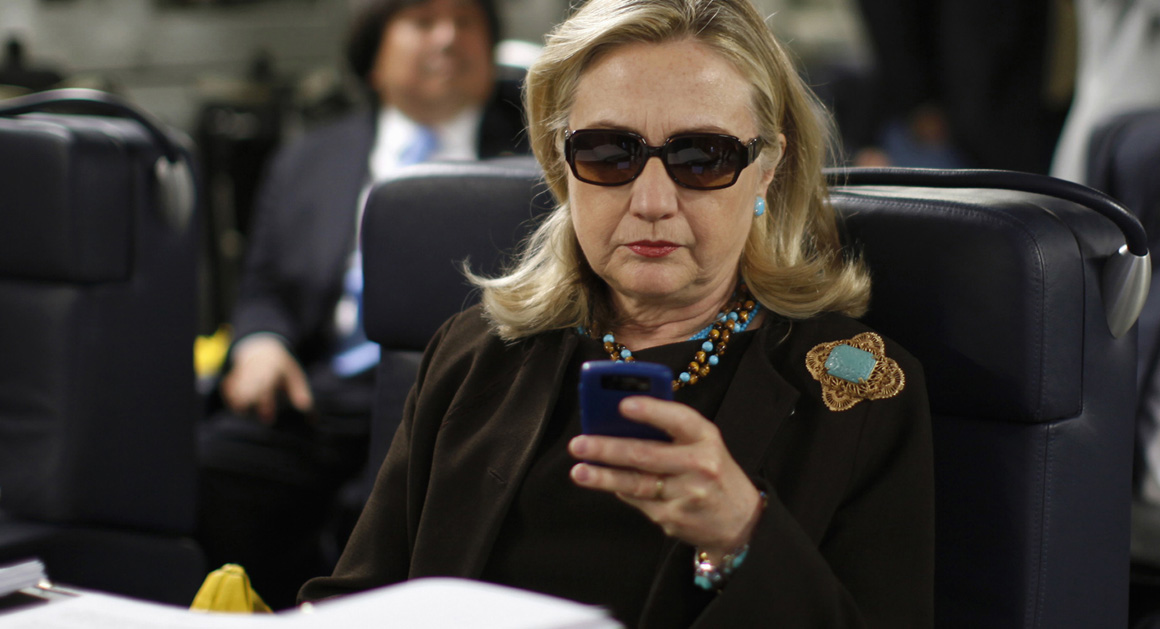 Wouldn’t it be great if they could be cellmates?

Please consider that, even if the conversation was about golf, Dianne Feinstein having world leaders listed in her iPhone is of grave concern.

Lock them BOTH up!

Unearthed Video – CDC Official: “We’ll Just Get Rid Of All Whites In The US” Who Refuse Vaccines

Measles, Masterminds & Millions: The Exploitation Of Humans By The Vaccine Industry & Government