Dr. Steve Kirsch has been warning of the effects of the experimental COVID shots for some time now. In a recent piece, Kirsch demonstrated his concern over airline pilots who have taken the shot and proposed helping to pay for pilots in US airlines to have them tested for cardiac issues.

“None of the US airlines are screening their pilots for cardiac issues, but they all say that safety is their top priority,” Kirsch wrote at Substack. “They won’t screen pilots because they know what they will find.”

This offer to pay comes from the attempts by Big Pharma witches to cover the murders in the wake of their shots with the claim of Sudden Adult Death Syndrome (SADS).

He points to an inexpensive test that can screen pilots for cardiac issues. The test is produced by Heart Care Corp and takes roughly 10 minutes to perform, and according to Kirsch, “the results are more definitive than other tests such as a cardiac MRI, that are much more expensive, time-consuming, and invasive.

A comparison chart can be seen below. 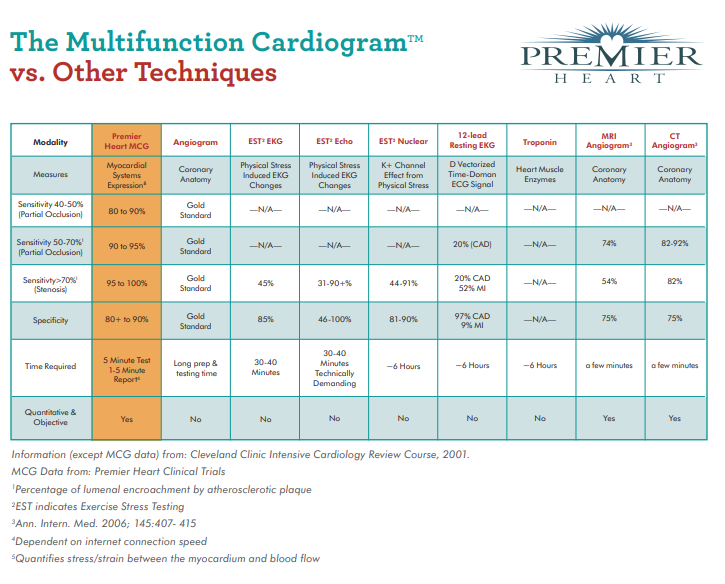 At this point, Dr. Kirsch is literally putting his money where his mouth is. He’s stepping up to help identify if pilots are at risk, thus risking other airline employees and passengers.

I am willing to personally help defray the costs of screening all of an airline’s pilots. My offer is only to the first airline willing to screen all their pilots and release the aggregated results of the screening test to the public so that the public realizes just how “safe” (or not) the COVID vaccines are.

If I’m really a misinformation spreader, then I will be spending money to prove I’m wrong. What airline could resist that?

On the other hand, if the vaccines were really safe, Pfizer, Moderna, the CDC, and the White House would all be literally throwing money at the airlines to do this screen, wouldn’t they? And the FAA would be requiring the screen.

That tells you everything you need to know, doesn’t it?

They aren’t because they know the failure rate would be astronomical and it would show that:

Any takers on my offer?

I didn’t think so.

Additionally, he provided a comment from a retired airline pilot.

I’m a retired airline pilot. Paying for the screenings will never be enough. Someone will have to guarantee lost salaries. Pilots will never agree to screenings unless they are made whole financially – meaning that if heart issues are discovered they will still receive their salary until retirement age. Even getting long term disability at 60% Of their salary will not induce their cooperation with this screening. Most airline pilots have loss of license insurance. The FAA mandated twice yearly health screenings significantly increase the risk of loss of license. These screenings, because they would reveal the extent of pilots with heart issues would bankrupt the insurance companies. As you stated in your post, the airlines will never agree as it will bankrupt them. The FAA nor any other government agency will agree as it will reveal their massive lies and failures. This would bring the nation to its knees economically, socially, and structurally. Dominoes would fall in every industry, including healthcare. Thus we will be stuck with a pandemic of people pretending not to know things.

We have reported on many pilots who have suffered various effects of the poisoned jab, some fatal.

You may recall Dr. Kirsch calling out the fraud of the Pfizer shot.

He spoke out at the Defeat The Mandates March in DC.

And he’s also said that these deadly shots are now killing kids.