Thedailysheeple –This is the level we are at. V for Vendetta and 1984 have has nothing on the modern human race.

Especially in Western society, we have been socially engineered ever since the atom bomb was dropped and at an accelerated pace since 9/11 to be afraid, be very very afraid of… well…

Everything. Mostly terror, which could be brought on by almost everything at any time.

That’s right! Be scared of everything all the time!! Have no common sense or discernment in the face of blind, irrational panic.

That’s what happened recently on a District Line train on the Tube in the UK.

Pedro Fonseca and his friends were taking the tube to a costume party. Fonseca was dressed as a soldier and his two friends were dressed up as old school police. Fonseca had a backpack and a bag around his neck to hold his wallet and incidentals.

Fonseca said he was just dressed up like a soldier and didn’t understand why people were so freaked out.

But freaked out they were. In fact, the people on the train got so freaked out that Fonseca was a terrorist with a bomb strapped to his chest who might kill them all at any moment, they almost tackled him. Social media lit up with pictures and messages.

Messages like this one, where one passenger said he hoped police would come shoot Fonseca and his friends: 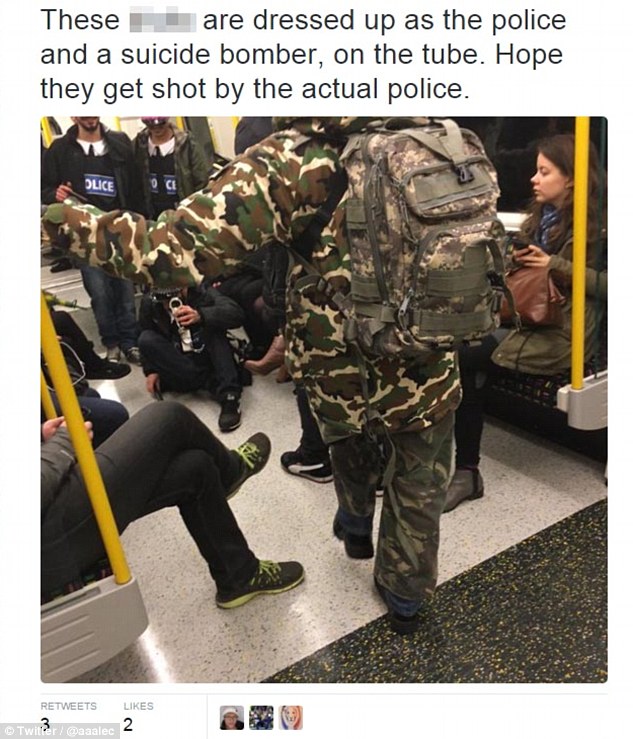 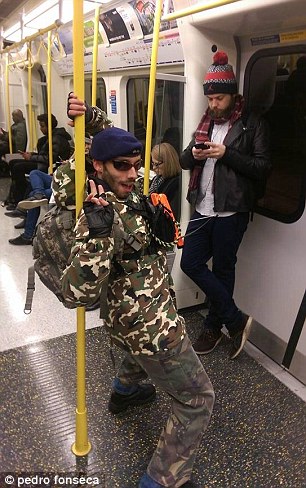 Yes. Looks really seriously about offing himself and taking as many people with him as possible in the name of Jihad. 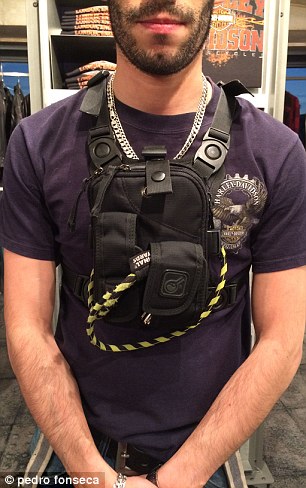 And the “police” he was with: 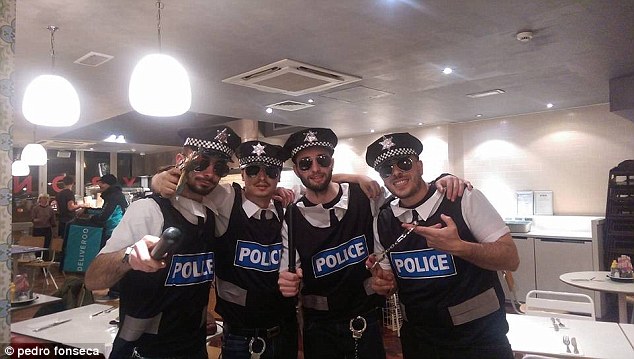 Yes, it is all so terrifying, I know…

The point? This is just such a sad testament to the state of fear we’re all currently swimming in. The masses have been socially engineered to be afraid that suicide bombers are literally lurking around every corner, without even taking two seconds to reasonably consider if the fear they feel is warranted.

Sadly, since this happened in the UK, these men technically managed to commit an anti-social behavior crime by merely wearing the costumes in public on top of it. Anti-social behavior for legal purposes in the UK is defined as “acting in a manner that has ’caused or was likely to cause harassment, alarm or distress to one or more persons not of the same household’ as the perpetrator.”

Meanwhile, does anyone even remember what constitutes “normal” in a social situation anymore? We live in a world run by psychological warfare agents where a person can’t even dress up to go to a costume party without giving total strangers PTSD.

What is this world going to look like in ten years? Five even?

Sadly, it seems the real terrorists really have won.

SAUDIS HAVE BEEN BUYING UP DROUGHT STRICKEN AMERICAN FARMLAND