Home»Commentary»How Do You Help A People That Refuse To Help Themselves? Medical Doctor Who Wanted To Punch Anti-Vaxxers In The Face, Dead Two Weeks After His 3rd Shot
Commentary/Videos

How Do You Help A People That Refuse To Help Themselves? Medical Doctor Who Wanted To Punch Anti-Vaxxers In The Face, Dead Two Weeks After His 3rd Shot

“Therefore shall they eat of the fruit of their own way, and be filled with their own devices.” -Proverbs 1:31

Most recently, I did an event in Albert Lea, Minnesota where one of the speakers had told the listening audience that the people that have masks on are the victims and that we need to reach out to them. This was more understandable in the first month, not almost 2 years later.

Well, outside of the fact that the manufacturers of the masks tell you that their masks do not prevent disease or what is called “Covid-19,” one has to wonder how it is that they are the victims!?

Furthermore, after two years of the information that has continuously come out exposing this “plandemic” for what it is, a preplanned pandemic (Jeremiah 11:9), there is no way these people are victims. In other words, there is no longer any excuses as to why anyone would be going along with this outside of a willful ignorance on the behalf of those who are playing along with this propaganda (Proverbs 14:12).

In fact, the propagandists do not even believe what some still refuse to see (Ephesians 4:14).

Healthnewsimpact.com highlighted one such individual in their report: Cardiologist Medical Doctor who Wanted to Punch Anti-Vaxxers in the Face DEAD After COVID Booster Shot.

Dr. Sohrab Lutchmedial received his first mRNA injection on January 16, according to his Facebook page. It’s unclear whether it was Pfizer or Moderna. It also doesn’t matter. But those were the only two injections authorized for use in Canada at the time. 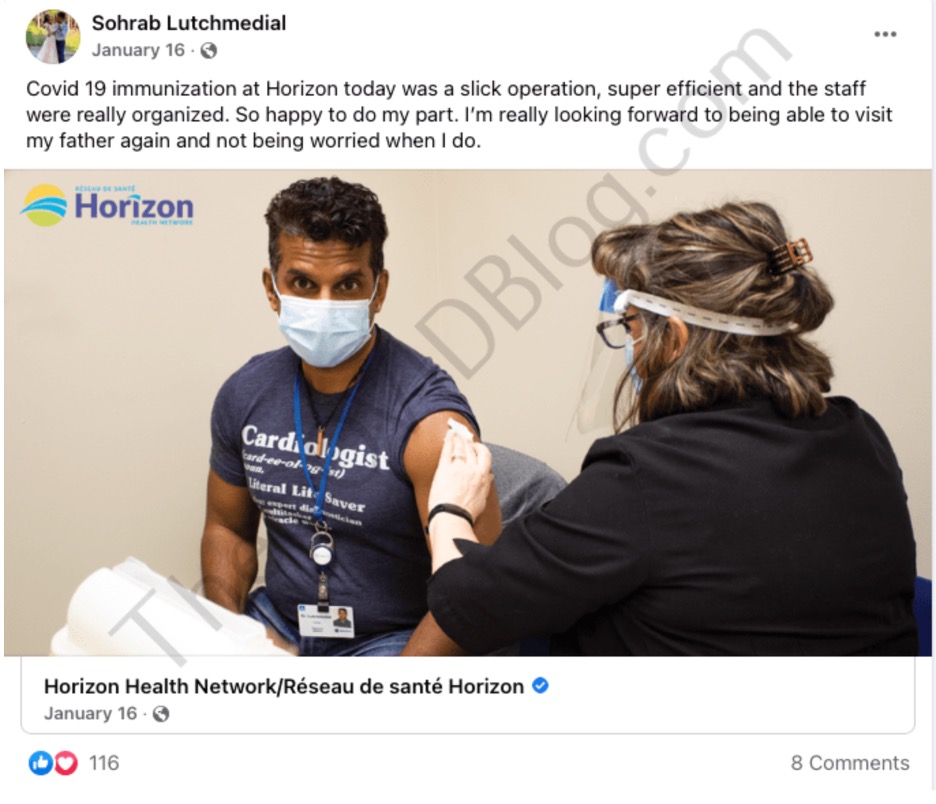 Dr. Lutchmedial did not post about his second injection anywhere across his three social media platforms. But he did speak of his disdain for the non-vaxxed, and disseminated dangerous disinformation supporting the global depopulation agenda.

He said on July 10 that the non-vaxxed are selfish and that he “won’t cry at their funeral.”

Dr. Lutchmedial tweeted on August 15 that more Americans would get the injections if they were called “antibody guns.”

He promoted mRNA injections for 12-year-olds and made the false, very dangerous claim that the shots are “undeniably safe.” 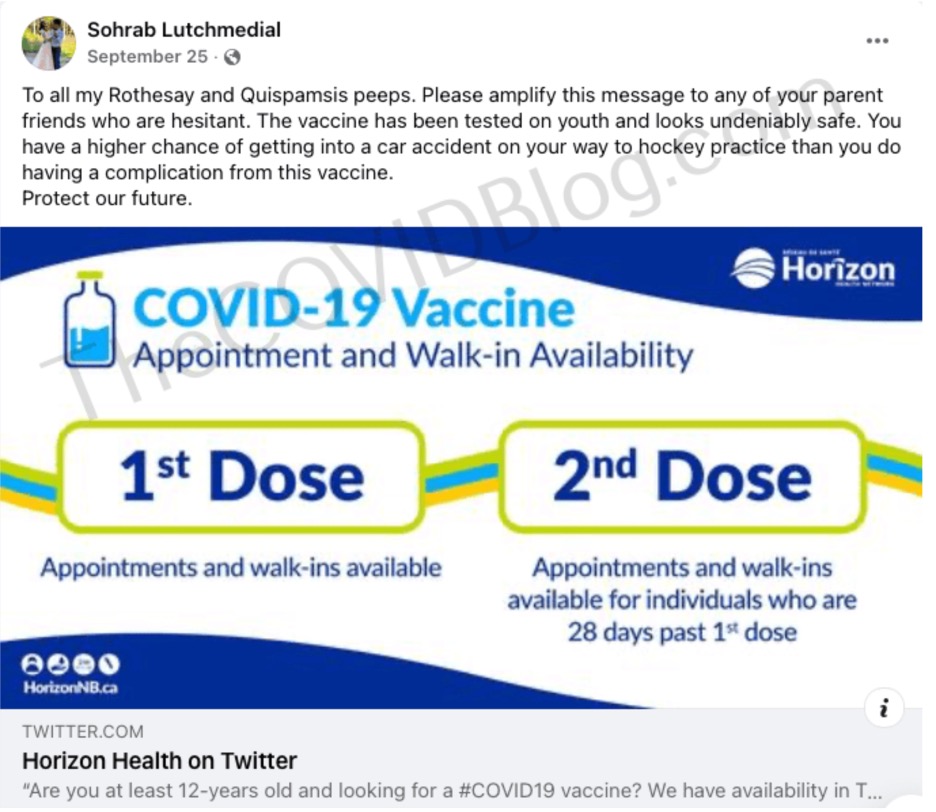 Dr. Lutchmedial then advocated violence against so-called anti-vaxxers, saying he wants to “punch those people in the face.”

Whether you call it ironic, prophetic or something else, Dr. Lutchmedial said via Facebook on March 5, “99.999999% of all the decisions and actions we make during our lives means absolutely nothing when we die.” The post was in response to the death of Walter Gretzky, father of NHL great Wayne Gretzky.

Dr. Lutchmedial received his third injection, aka “booster,” on October 24.

His last Facebook post was published on November 7 at 3:10 p.m. local time. It was about visiting friends and family (his kids) at the University of Guelph in Ontario.

Dr. Lutchmedial “died in his sleep” on November 8, according to CBC News.

He worked at the New Brunswick Heart Centre for more than 20 years. Dr. Lutchmedia was part of a team to perform the first MitraClip procedure in Eastern Canada. It repairs the heart’s mitral valve without open-heart surgery.

Conclusion: How do you help a people that refuse to help themselves (Jonah 2:8)?

Pfizer CEO Goes Further Than Criminal Bill Gates: “By 2023, We Will Reduce The Number Of People In The World By 50%” (Video)

The Liver, The MonKeypox & Davos 2022 With Kate Shemirani (Video)

The Mass Shooting You Didn’t Hear About: Mom Kills Active Shooter With AR-15 During Graduation Celebration

Lost In Their Lies: From Government & Money To Experimental Gene Therapy Shots (Video)

Are Gasoline Prices Being Pushed Higher On Purpose?

How Do You Help A People That Refuse To Help Themselves? Medical Doctor Who Wanted To Punch Anti-Vaxxers In The Face, Dead Two Weeks After His 3rd Shot