Is “Harm Reduction” Actually “Harm Promotion” In The Opioid/Drug Epidemic?

Anyone questioning how the U.S. has become a killing field in the opioid/drug epidemic going back randomly to 1999?  Let me break it down for you in simplified terms taken from the National Register as follows:

If the 2020 quota is not significantly reduced from 79 million kilos, the epidemic will rage on.  The goal should be to return to less than 5 million kilos (1995 level).

Keep in mind that the FDA, the DOJ, the DEA, every senator, every congressman, every attorney general in the country was aware of the approval for sale of not only oxycodone but all addictive opioids.  It was available to them in the National Register and updated every week.

As this tsunami of death continued for almost two decades, billions of dollars was being made with the value on human life not a concern.  Advocates and “non-profit” organizations were formed every day — many with the focus on entertainment, concerts, rappelling, marches and posing for photo ops with the same politicians who were ignoring the mass production of opioids killing and destroying families.

One “non-profit” organization named “Facing Addiction” was founded and funded by George Soros’ “Open Society.”  They entertained masses of advocates in the opioid epidemic by hosting a live show featuring rockers Stephen Tyler and Sheryl Crow.  I wrote about “Facing Addiction” and “Partnership for a Drug Free Kids” a couple of years ago and their lucrative ties to colorful benefactors — as the death toll raged out of control.  Here is the link to my article http://www.globalnewscentre.com/george-soros-evil-destroyer-of-us-and-his-contribution-to-partnership-for-drug-free-kids-and-facing-addict

The only fanfare was their “rock star advocate”, Ryan Hampton moving on to still more lucrative ventures.  Recently promoting a recovery convention in Las Vegas attended by advocates throughout the country at an expensive venue in Vegas.  Anyone question where the money was coming from and why “recovery” is considered to be safe injection (consumption) sites as well as the decriminalization of all drugs?

Ryan Hampton is a young man who has made addiction and recovery reform his life’s mission. Through the wildly successful non-profit organization Facing Addiction, Hampton has been rocketed to the center of America’s rising recovery movement ― quickly emerging as the de facto thought leader of the national conversation on addiction. 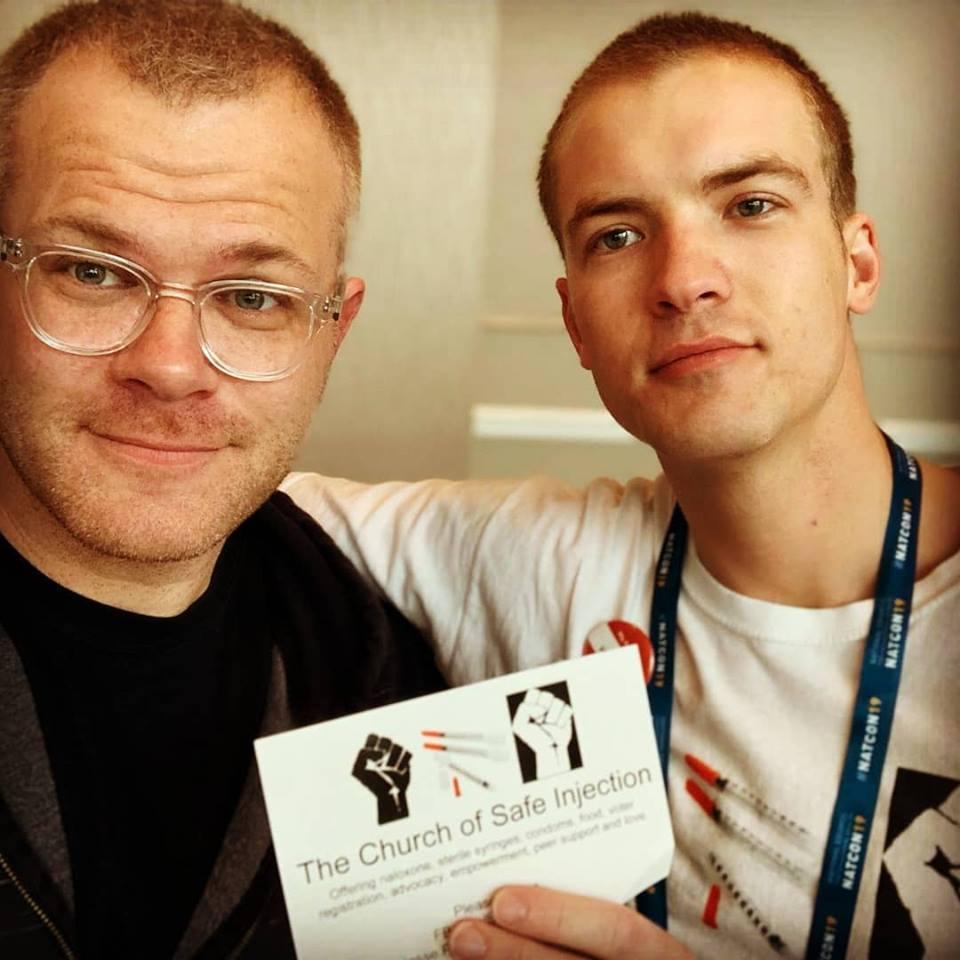 Photo shown in this article of Mr. Hampton’s recovery agenda was taken from Facebook promoting the “Church of Safe Injection Sites.”  Outrage?  None.

But out of the ashes of almost two decades of billions of dollars being made by politicians with their eyes wide shut to the opioid/drug tsunami, a new phase of profitability was being launched.  This phase is promoting the decriminalization of all drugs, safe injection (consumption) sites and the resurgence of hallucinate drugs such as magic mushrooms, meth and LSD in the treatment of addiction and illnesses/diseases.

While families have been devastated in deaths and addictions to opioids and other drugs in the U.S. approved by the FDA for almost two decades, greed is the new catch word rather than prevention.  Do we have “non-profits” funded by our government pushing a very scary agenda?  Here is a sampling from a non-profit called “Truth Pharm”of the twisted road we may be headed on — while elected officials keep the ride financially lucrative for them.

Giving prescriptions for legal, pharmaceutical grade heroin to people who have been unable to recover with medication replacement programs such as buprenorphine (Suboxone) or methadone has proven to be highly effective where it has been tried in Switzerland.  Participants in the program are far more likely to reduce their use and eventually stop altogether, and in the meantime they are far less likely to overdose, they are generally healthier and safer and they are much more likely to get their life “back on track.”  However, this highly effective form of treatment would no doubt be highly controversial here in the United States, where we have trouble even getting people to see the benefits in Supervised Consumption Spaces where people use their own supplies that they bought on the street.

“Doctors are known to prescribe meth for narcolepsy, obesity, and ADHD. Historically, meth has been used to reverse barbiturate overdoses and even raise blood pressure during surgery. Some preliminary research suggests that meth can be neuroprotective against stroke and traumatic brain injury, even stimulating the growth of brain cells.”

“Stigma, not science, is what has maintained Congress’s partial ban on providing funding for syringes and cookers at syringe service programs. Stigma is also the driving force behind the Trump administration Department of Justice’s decision to file an action to prevent Safehouse, a proposed safe consumption site in Philadelphia, from opening its doors to drug users in need.

So if it walks like a duck and quacks like a duck, is it a duck — and a very dangerous duck with an insane agenda — under the guise of “harm reduction?”  Hopefully, our elected officials who ignored an opioid epidemic will know the difference between harm reduction and harm promotion and put a screeching halt to the “non-stop 501 greed train.”

Florida: As Cops Tell Residents To Shoot Suspect In Manhunt, Police Mistake Man For Suspect, Put Him In Hospital

Majority of Afghan Immigrants on Welfare

From Beyond The Grave: Dead Guy Donated $2500 to Rashida Tlaib!

Is “Harm Reduction” Actually “Harm Promotion” In The Opioid/Drug Epidemic?