Home»US»Killer Cuomo Begs Wealthy New Yorkers To Come Back To Save Destroyed NYC: ‘I’ll Buy You A Drink!”
US

Killer Cuomo Begs Wealthy New Yorkers To Come Back To Save Destroyed NYC: ‘I’ll Buy You A Drink!”

Why would anyone in their right mind return. There is no there there. No theater, concerts, restaurants, clubs – just skyrocketing crime, mayhem and murder.

Cuomo begs wealthy New Yorkers to come back to save the city and pleads ‘I’ll buy you a drink!’ as he fights off calls to raise their taxes – which he fears may scare them away forever 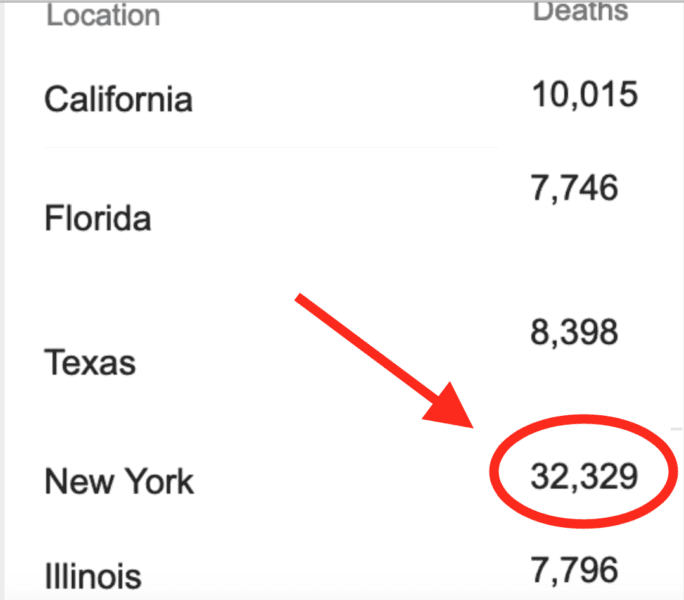 By Jennifer Smith For Dailymail.com, 5 August 2020

Gov. Andrew Cuomo is begging wealthy New Yorkers to return to the city to save it from economic ruin while fighting off calls from other lawmakers to raise their taxes – a move he fears could permanently drive the top 1 percent out of the city.

Thousands of New York City residents fled Manhattan and Brooklyn earlier this year when the city was the COVID-19 epicenter of the world.

Many flocked to their second homes in the Hamptons or upstate, while others rented or bought new properties, abandoning their expensive city apartments.

Now, six months on with no end to the national nightmare in sight, many are laying down permanent roots. While New York has overcome its battle against the virus, the rest of the country – where lockdown rules have been far more relaxed – is seeing a resurgence.

It is preventing New York City from resuming its normal activity because Cuomo fears a second spike in cases will happen if people from worse-affected states travel in and infect residents again.

At a press conference on Monday, he said of the wealthiest residents who have long left the city: ‘I literally talk to people all day long who are in their Hamptons house who also lived here, or in their Hudson Valley house or in their Connecticut weekend house, and I say, “You gotta come back, when are you coming back?”

‘They’re not coming back right now. And you know what else they’re thinking? If I stay there, I pay a lower income tax because they don’t pay the New York City surcharge,’ he said.

A man washes a Mercedes G- Class on a deserted street on Manhattan’s Upper East Side. Many of New York City’s wealthiest residents left the city in March and have not returned

Retail on the UES has taken a hit along with the rest of the city. The state of NY is now staring down the barrel of a $30billion deficit over the next two years

It is not unusual for Manhattan to clear out for the month of August, when temperatures between the skyscrapers soar and send many fleeing to Long Island’s beaches or further afield.

But this summer, with the ongoing lack of appeal in the city, the likelihood that people will come back in the fall is shrinking.

What is making matters worse are the increasing calls from other lawmakers to boost taxes on the city’s highest earners to try to plug the $30billion deficit that was left by the pandemic.

Cuomo said he is resisting the idea, that will send the already transient group of taxpayers running for the hills.

‘A single per cent of New York’s population pays half of the state’s taxes and they’re the most mobile people on the globe,’ he said.

He wants the federal government to step in with help in the final stimulus bill that is due to pass soon, and has warned that unless more financial aid is given, the country is on track for a ‘real recession’.

‘If they don’t make this bill right, frankly, they shouldn’t pass it because it will be the last bill.

Crime in the Big Apple is also rising.

Did You Know America’s Deadliest School Massacre Occurred In 1927 & It Had Nothing To Do With Guns?

Study: Billionaires That Donated to Gates-Buffet Giving Pledge Now Richer Than Ever

Killer Cuomo Begs Wealthy New Yorkers To Come Back To Save Destroyed NYC: ‘I’ll Buy You A Drink!”