Home»US»LEAKED EMAIL: DOJ Are EXTORTING Testimonies Out of Their Witnesses
US

LEAKED EMAIL: DOJ Are EXTORTING Testimonies Out of Their Witnesses

LEAKED EMAIL Sent to The Gateway Pundit from The Unselect Committee to January 6th Defendant!! Proof the Committee and the DOJ Are EXTORTING Testimonies Out of Their Witnesses! LIZ CHENEY IS SHAMELESS!!

The desperate Unselect Committee is using unethical if not possibly illegal measures to secure favorable witness testimonies from persecuted January 6th Defendants that have pled guilty, such as their witness Stephen Ayres that testified yesterday.

Liz Cheney alleged that Trump personally reached out to a witness who has not yet testified. The truth is the JANUARY 6TH COMMITTEE IS REACHING OUT TO DEFENDANTS TO TESTIFY BEFORE THEIR SENTENCING! How is this legal?

This email below was released to The Gateway Pundit by a January 6th Defendant that pled guilty but is awaiting sentencing. It was sent to the defendant by James Sasso, Investigative Counsel for “The Unselect Committee to Investigate the January 6th Attack on The United States Capitol”. See the email here: 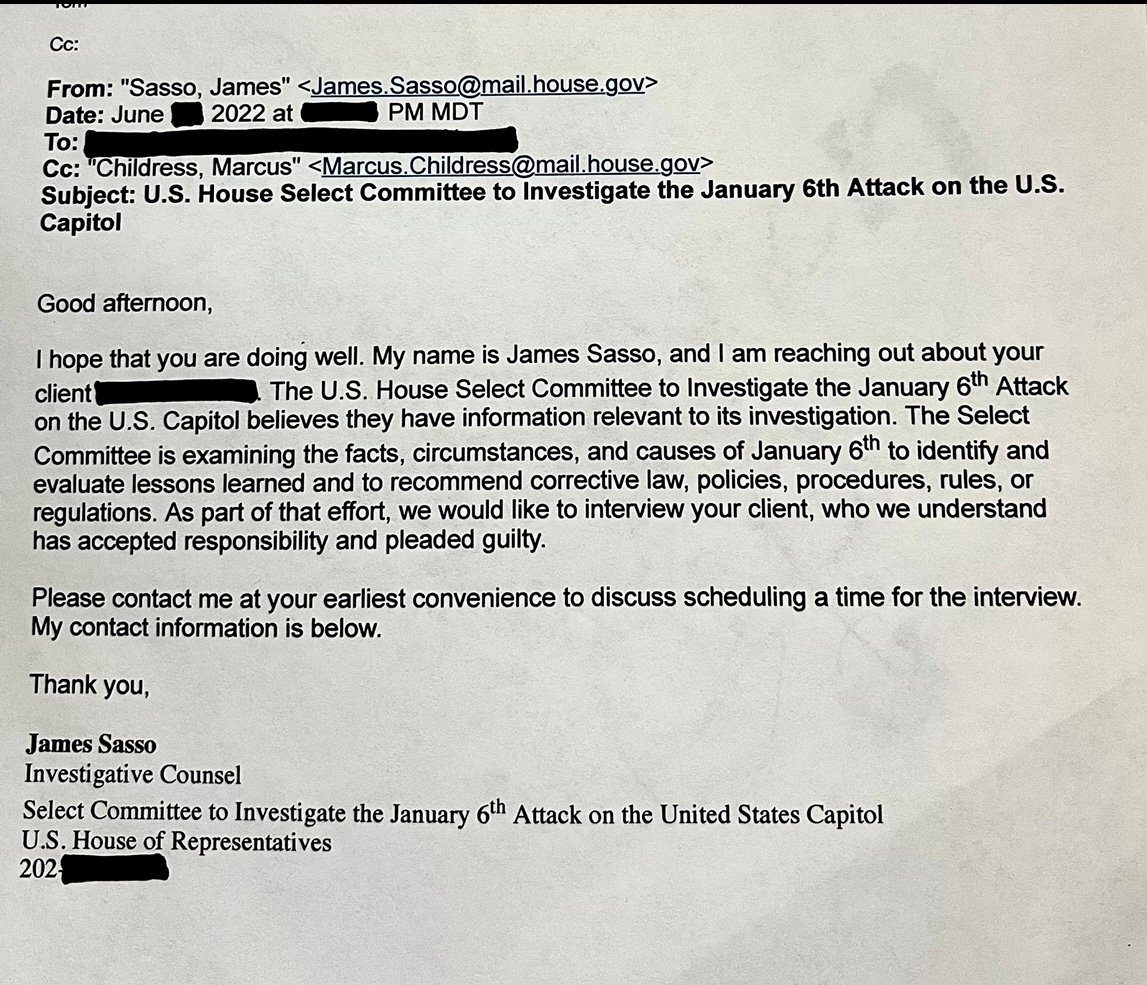 “The Most Dangerous Man In The Mid-South”: We Can Fight Against A Cashless Society

On The Menu For The Remainder Of 2022: War, Pestilence, Famine

LEAKED EMAIL: DOJ Are EXTORTING Testimonies Out of Their Witnesses