After he was defeated for re-election in 1989, New York Mayor Ed Koch was asked if he would ever run for office again. “No,” Koch replied. “The People have spoken … and they must be punished.”

So too, the Minnesotans.

I am not surprised at Hakim Muhammad – he is a true believer but shame on the Democrats in Minnesota – especially the women with their pussy hats.

The Democrats have moved so far to the lunatic left, they’ve gone off the cliff.

The Republicans better get out the vote in November — to save these morons from themselves.

Ellison, who serves as the deputy chairman of the Democratic National Committee and is the first Muslim elected to Congress, was accused over the weekend of emotional and physical abuse by an ex-girlfriend.

The abuse allegations against the congressman first emerged on Saturday when the son of Ellison’s ex-girlfriend, Karen Monahan, alleged on Facebook that he’d read threatening text messages from the lawmaker. He also claimed to have watched a video in which Ellison dragged Monahan off a bed by her feet.

Monahan posted on Twitter a day later that the allegations were “true.”

“Every statement he made was true. @keithellison, you know you did that to me,” she tweeted.

Ellison responded to the allegations, insisting that the video is non-existent and he “never behaved in this way.”

Ellison has long been a leader in the Democratic Party.

The divorced 54-year-old is a six-term congressman who became deputy chairman of the DNC last year after falling just short of the top job. He was among candidates rushing to file for Minnesota’s attorney general office after incumbent Lori Swanson made a late decision to run for governor.

The Minnesota candidate has promised to fight back against policies of President Trump’s administration that he argued were hurting people. He said he aimed to protect ObamaCare and restore net neutrality regulations. 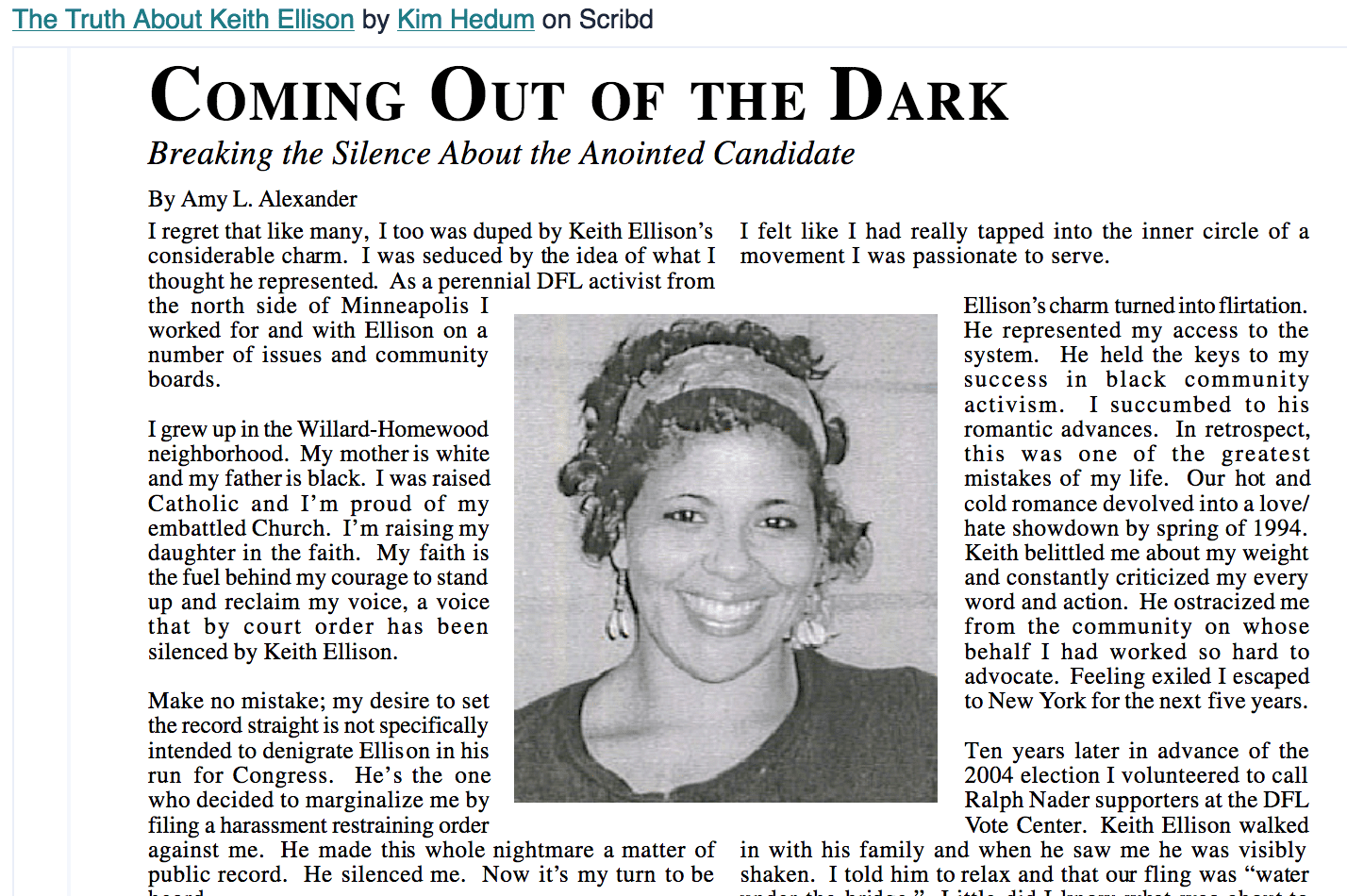 Democrat Politician Who Pushed for Gun Control Laws, Arrested for Murdering Partner With a Gun