Home»US»Not Only Are Former FDA Commissioners Working For Vaxx Makers, But FDA Committee Members Reviewing Kids Shots Worked For Pfizer Or Have Pfizer Connections
US

Not Only Are Former FDA Commissioners Working For Vaxx Makers, But FDA Committee Members Reviewing Kids Shots Worked For Pfizer Or Have Pfizer Connections

The conflicts of interest and opportunity for corruption are tremendous. Between former FDA commissioners being employed at all three COVID shot manufacturers and Food and Drug Administration members who are reviewing the shots for use on children have either worked for or have big connections to Pfizer is clear for everyone to see how corrupt and criminal these people have become.

The FDA’s Vaccines and Related Biological Products Advisory Committee is holding a virtual meeting Tuesday October 26 to discuss authorizing a Pfizer-BioNTech Coronavirus vaccine for children between the ages of 5 to 11 years old.

This committee has a lot of sway with the FDA and their findings will be relevant, considering the Biden administration is getting ready to ship vaccines to elementary schools and California has already mandated the vaccine for schoolchildren pending federal authorization.

But the meeting roster shows that numerous members of the committee and temporary voting members have worked for Pfizer or have major connections to Pfizer.

Members include a former vice president of Pfizer Vaccines, a recent Pfizer consultant, a recent Pfizer research grant recipient, a man who mentored a current top Pfizer vaccine executive, a man who runs a center that gives out Pfizer vaccines, the chair of a Pfizer data group, a guy who was proudly photographed taking a Pfizer vaccine, and numerous people who are already on the record supporting Coronavirus vaccines for children. Meanwhile, recent FDA Commissioner Scott Gottlieb is on Pfizer’s board of directors.

Acting Chair Arnold S. Monto was a paid Pfizer consultant as recently as 2018. 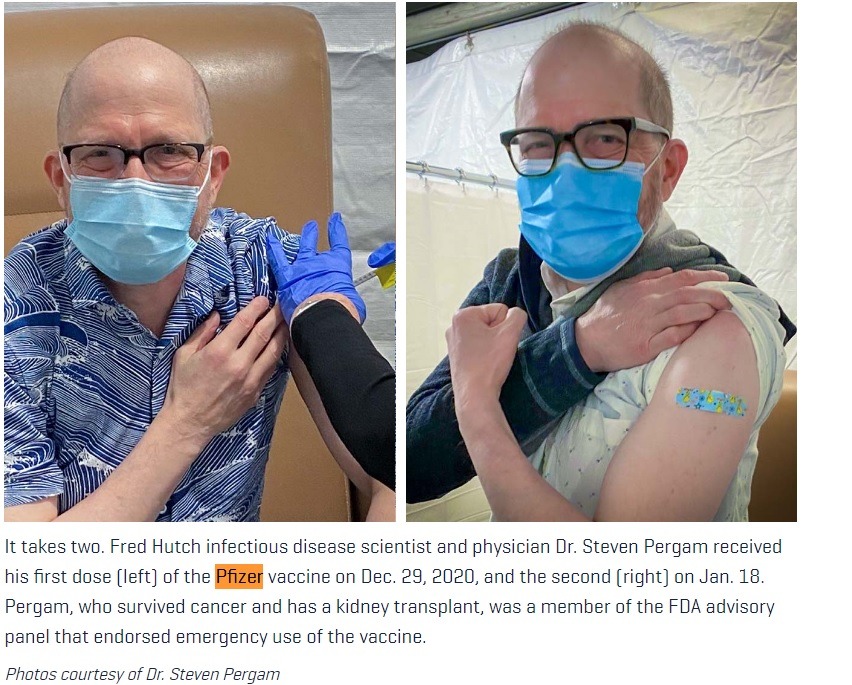 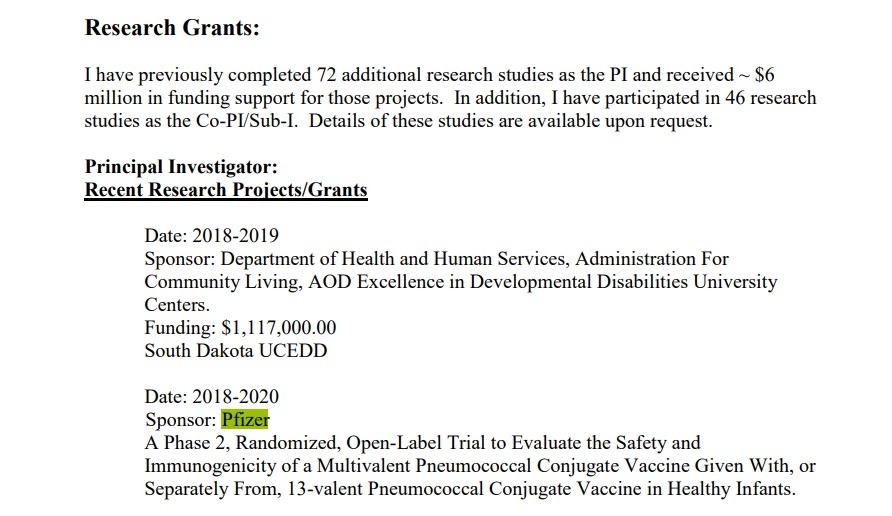 Myron Levine has mentored some U.S. post-doctoral fellows, and one of his proteges happens to be Raphael Simon, the senior director of vaccine research and development at Pfizer. 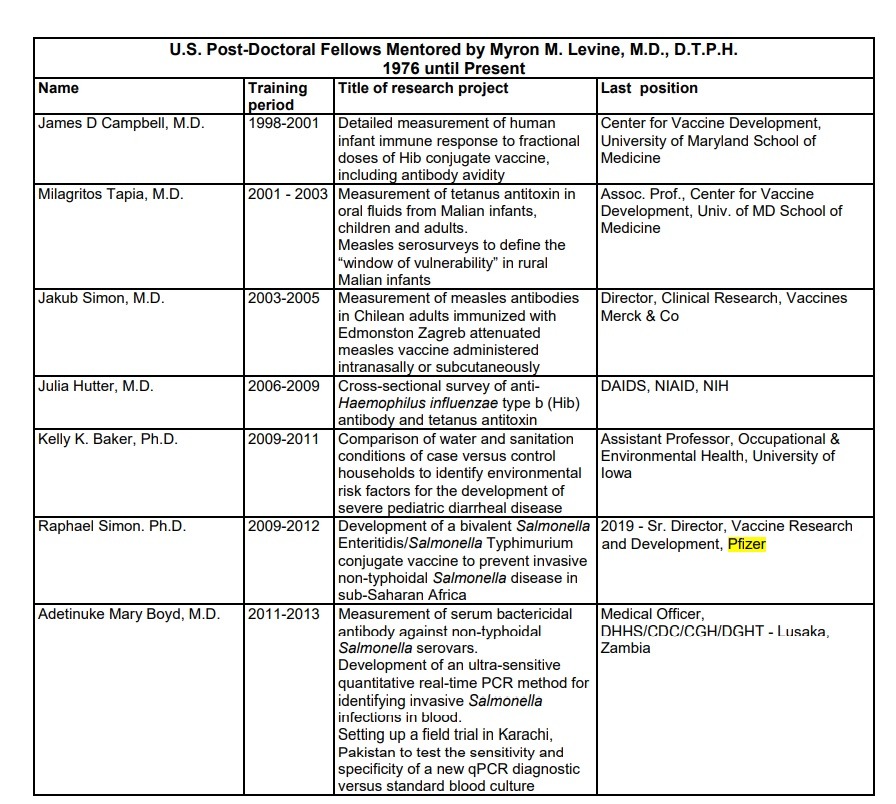 James Hildreth, temporary voting member, made a financial interest disclosure for this meeting in which he disclosed more than $1.5 million in relevant financial interests, including his work as president of Meharry Medical College, which administers Pfizer Coronavirus vaccines.

Geeta K. Swamy is listed as the chair of the “Independent Data Monitoring Committee for the Pfizer Group B Streptococcus Vaccine Program,” a committee sponsored by Pfizer. Duke University states that “Dr. Swamy serves as a co-investigator for the Pfizer COVID-19 vaccine trial.”

Gregg Sylvester previously served as a vice president for Pfizer Vaccines, where he launched Pfizer vaccines including one for children. 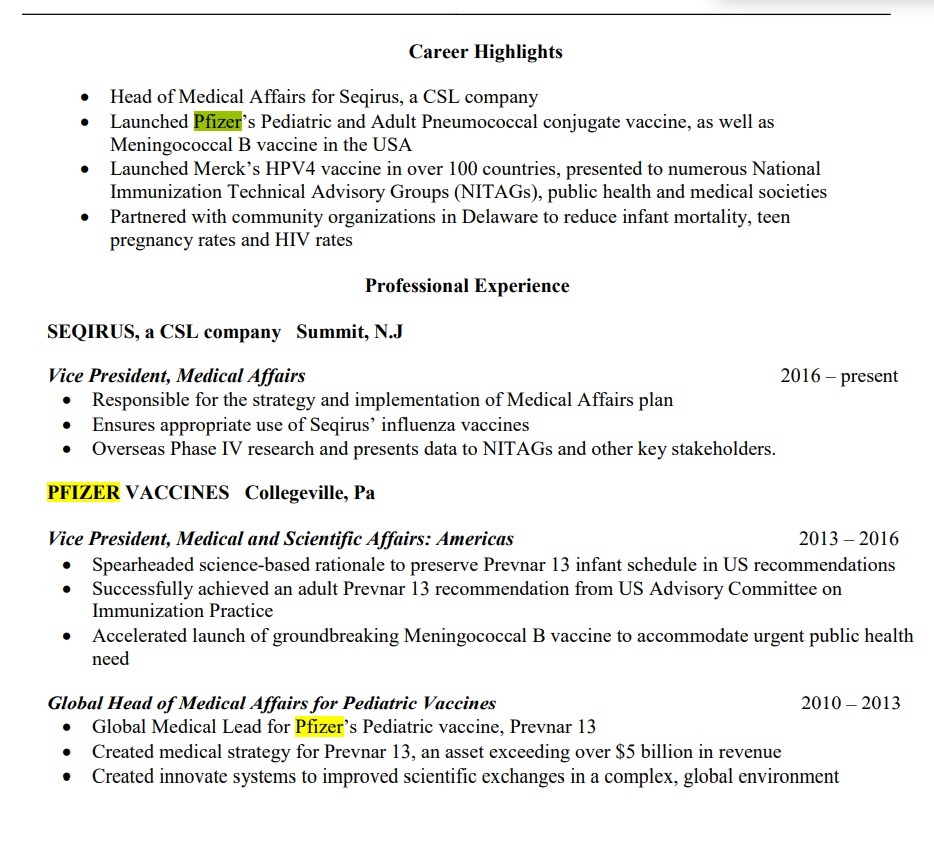 Among the meeting’s “temporary voting members,” Ofer Levy, Boston Children’s Hospital, is for the Pfizer vaccine for children, Eric Rubin is pro-vaccine for children, Jay Portnoy supports authorizing Coronavirus vaccines for kids, and Melinda Wharton complained over the summer about how orders for the CDC’s “Vaccines For Children” program dropped.

FDANews stated last December: “FDA advisory committee members in the past have frequently been the target of heavy politicking by industry representatives of whatever drug they were considering for a recommendation at in-person meetings. That process has been somewhat altered by the fact that during COVID-19, meetings are being held virtually. But it’s likely that behind-the-scenes pressuring still goes on. The industry defends the attempts to influence committee members as simply efforts to best present their case.”

In addition to these prize students, Former FDA Commissioner Scott Gottlieb, the ultimate personification of the revolving door mechanism, sits on the board of Pfizer; Stephen Hahn, who led the FDA when it authorized Moderna’s COVID shots, recently took an executive level post with Flagship Pioneering, the company that launched Moderna; and Mark McClellan was the FDA commissioner from 2002-2004 (and served in other high-ranking government posts) and has maintained a board of directors seat with pharma giant Johnson & Johnson since 2013.

It’s not even done in a dark room, but in the light of day for the people to see, and yet, they do nothing. What is it going to take?

As PETA Calls For Fauci Resignation, He Gets Exposed For A Decade Of Torturing & Killing Dogs

Not Only Are Former FDA Commissioners Working For Vaxx Makers, But FDA Committee Members Reviewing Kids Shots Worked For Pfizer Or Have Pfizer Connections