That’s right, the Central Intelligence Agency’s Operation Mockingbird doesn’t just apply to the television media nor the newspaper media. They are all over social media.

A slurry of tweets went out stating verbatim the following:

“I just left the ER.

We are officially back to getting crushed by COVID-19.

Delta Variant is running rampant and it’s MUCH more transmissible than the original virus.

99% of our ICU admits did NOT receive a vaccine.”

Liars, one and all!

What’ the proof? Just look at the following images from Twitter and tell me it isn’t Mockingbird media. 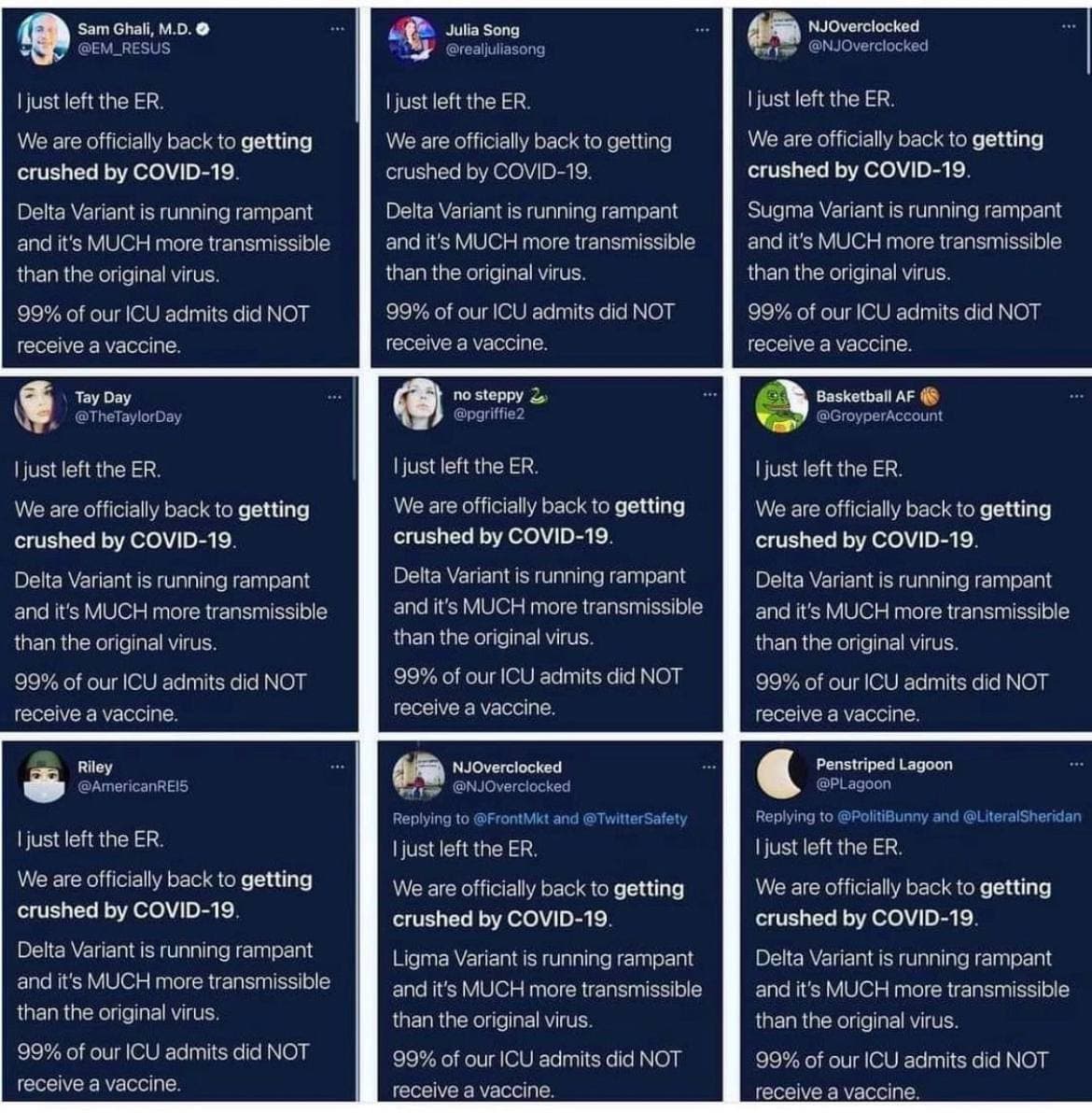 We’ve demonstrated this kind of thing in the television media over and over again.

Are We About To See The Biggest Purge Of Conservatives From All Levels Of The Federal Government In US History?