Twitter, which has come under fire of late for censoring posts its team deems inappropriate — meaning, conservative in ideology or critical of Islam — has just labeled an opinion piece about women in Iran removing their headscarves as “sensitive material.”

“We are not fighting against a piece of cloth,” Ms. Alinejad told me. “We are fighting for our dignity. If you can’t choose what to put on your head, they won’t let you be in charge of what is in your head, either.” https://t.co/5K1OK0Pf5b

And it wasn’t long after that a Jihad Watch reader alerted him to this message, from Twitter: 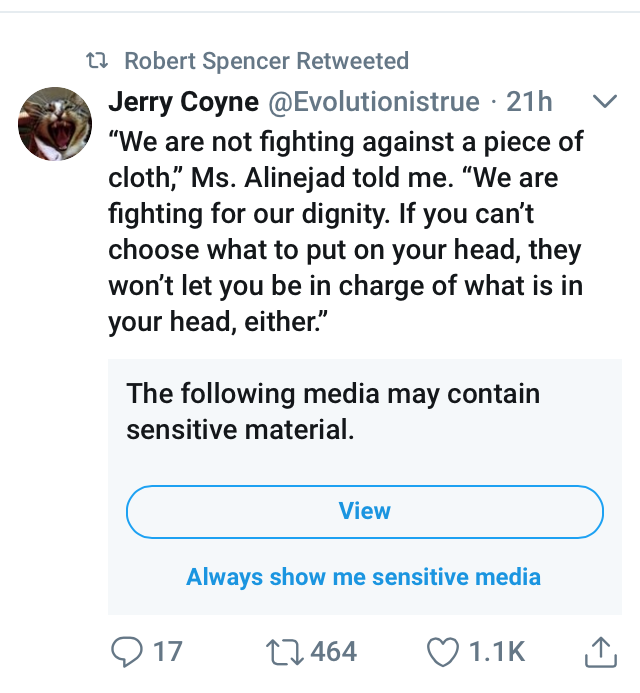 That’s the big question, isn’t it — why would Twitter find an opinion piece based on the factual reporting of Iranian women liberating themselves from the headscarf

This is a cultural jihad, an attempt of the media to water down the truths of Islam and create a hyper-sensitivity toward the religion that the U.S. Constitution does not recognize — that America’s First Amendment does not allow.

Missouri: Father Saves Wife, Daughter & 30 Strangers From Armed Robber - Cops Show Up & Shoot Him With Hands In The Air