“History teaches that you can only oppress a people for only so long before they lawfully retaliate.”

Back in June of 2020, I wrote an article warning about corruption within, namely politicians that history teaches that you can only oppress a people for only so long before they lawfully retaliate (Exodus 1:12).

Hunting Politicians- You Can Only Oppress The People For So Long! 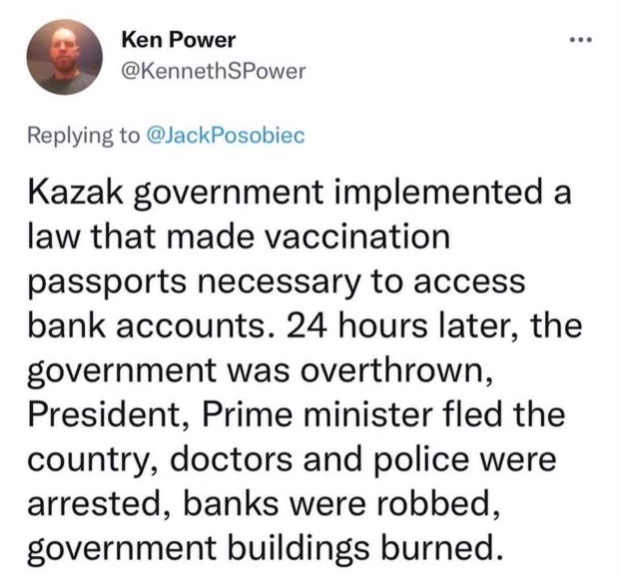 And what was it that ensued?

In Bulgaria, the corrupt within the walls of government, wanted to test their steel. They are getting a response and it probably isn’t the one for which they were hoping.

In France, the dictator wannabe is also testing his steel, if you want to call it that in stating that “His strategy is to piss off the unvaccinated.”

His cruelties are swelling the ranks.

What of the world?

In conclusion: Americans are still trying to figure out if the same politicians and bureaucrats that have been lying to them for decades are now telling them the truth (John 8:44) while the world is in a revolt. How shameful!

It is only a matter of time before the corrupt and their alliance with hell and their covenant of death will, in fact, be disannulled (Isaiah 28:18).

Article posted with permission from Sons of Liberty Media. Article by Bradlee Dean

10 Things Preppers Are Sick of Hearing

No, Conservatives! The SCOTUS Decision On Shots Was Not A Win! (Video)