It took them long enough. The heads should be rolling fast and furiously. They thought they could go quietly during the Friday night news dump cycle.

That is not all she was exchanging with McCabe.

Michael Horowitz, the DOJ’s inspector general,  is expected to release a report this month that will focus more heavily on Strzok and Page.

Strzok was sent to the FBI’s human resources division after his removal from the Mueller team.

DCF: Page has faced months of scrutiny over the text messages, which she exchanged with Peter Strzok, the former deputy chief of the FBI’s counterintelligence division.

The exchanges show a deep hostility to President Donald Trump at a time when the two officials were working on the FBI’s investigation into possible Trump campaign collusion with the Russian government. Some of the texts show Strzok and Page cryptically discussing how to proceed with the investigation, which was opened on July 31, 2016.

“I want to believe the path you threw out for consideration in Andy’s office — that there’s no way [Trump] gets elected — but I’m afraid we can’t take that risk,” Strzok wrote to Page in an Aug. 15, 2016 text referring to then-FBI Deputy Director Andrew McCabe.

The Justice Department’s office of the inspector general discovered the biased text messages as part of the watchdog’s investigation into the FBI’s handling of the Clinton email investigation.

Page and Strzok also worked closely on the Clinton probe.

As the FBI’s No. 2 counterintelligence official, Strzok oversaw the FBI’s investigation into possible Trump campaign collusion with the Russian government. On the Clinton email investigation, Strzok conducted interviews with Clinton and her top aides.

A view of the J. Edgar Hoover Building, the headquarters for the Federal Bureau of Investigation (FBI), on May 3, 2013 in Washington, DC.

According to The New York Times, the two officials leaving are James Baker––who was the FBI general counsel until last December––and Lisa Page. Both of them worked closely with James Comey when he was director.

Page you may recognize as the FBI official who infamously exchanged text messages with Peter Strzok that came under scrutiny after some anti-Trump ones were uncovered months ago.

The Times says they’re both leaving for unrelated reasons:

Mr. Baker said in a telephone interview that he would be joining the Brookings Institution to write for Lawfare, its blog focused on national security law. 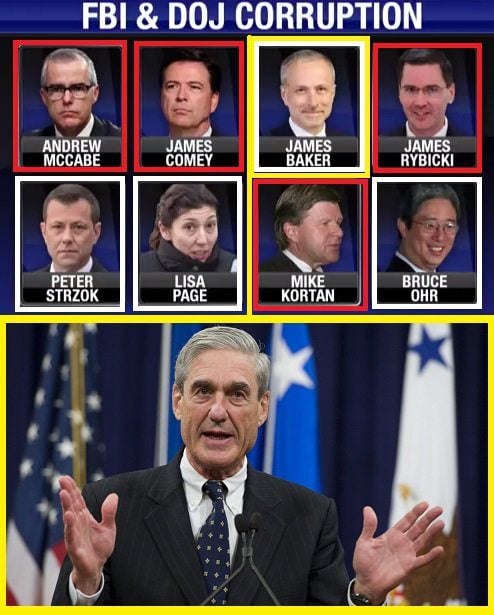 48 Years Ago, US Troops Massacred Students in Ohio, Covered It Up and Got Away With It