THE FBI RECENTLY PUBLISHED A REPORT WARNING THAT “CONSPIRACY THEORISTS” DISCUSSING THE “DEEP STATE” ARE A NEW DOMESTIC TERRORISM THREAT.

Yahoo News has obtained a new FBI document dated May 30, 2019 that warns ‘conspiracy theorists’ are the new domestic terrorism threats.

What exactly is considered a ‘conspiracy theory?’

THE DOCUMENT SPECIFICALLY CALLED OUT ‘QANON’ WHICH IS A BELIEF THAT “Q” IS A GOVERNMENT OFFICIAL POSTING INFORMATION ON AN ONLINE FORUM ABOUT TRUMP’S EFFORTS TO DISMANTLE THE DEEP STATE.

“The FBI assesses these conspiracy theories very likely will emerge, spread, and evolve in the modern information marketplace, occasionally driving both groups and individual extremists to carry out criminal or violent acts,” the document states.

The document also claims the FBI believes conspiracy theory-driven extremists are likely to increase during the 2020 presidential election cycle.

The FBI appears to be bracing for Spygate backlash because they said another factor driving the so-called threat is “the uncovering of real conspiracies or cover-ups involving illegal, harmful, or unconstitutional activities by government officials or leading political figures.”

The FBI did not offer any specifics about which political leaders or which cover-ups it was referring to, however, the timing is suspicious as Spygate begins to unravel.

THE FBI USED FAR LEFT SNOPES AND WIKIPEDIA AS THEIR SOURCES FOR THEIR REPORT. 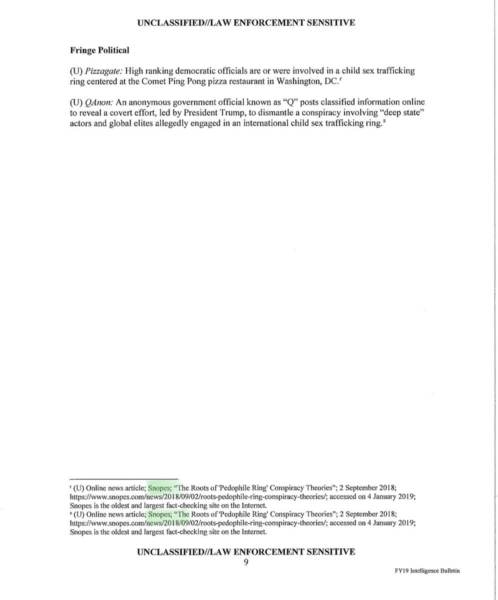 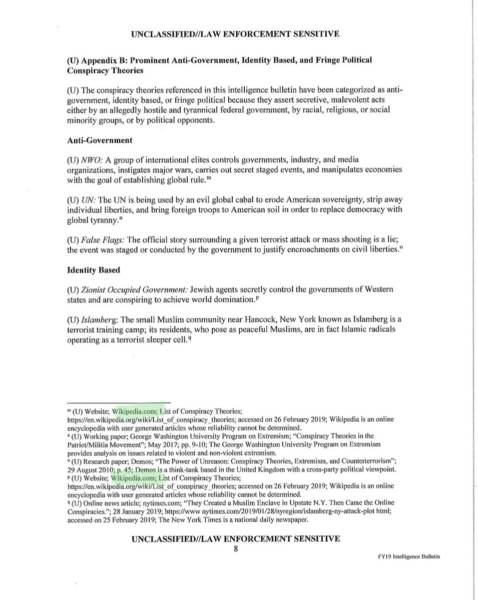 It’s nice to know the FBI is using far left websites for their reporting on the Deep State.
God help us.

UPDATE: Snopes co-founder David Mikkelson once accused of embezzling company money and spending it on prostitutes.

Is The FBI Setting Those Who Adhere To "Q" As Domestic Terrorists?

Democrat's Best Move In Their Playbook Is Running Out Of Time