According to the lastest report from the Vaccine Adverse Event Reporting System (VAERS), Pfizer tops the list of COVID shots in which deaths have been reported out of the three manufacturers experimenting on the People in violation of the Nuremberg Code.

According to OpenVAERS, there are 1,648,911 reports of vaccine adverse events in VAERS.

The report also confirms that there were 818,042 adverse effects in response to the COVID shots reported through October 15, 2021. 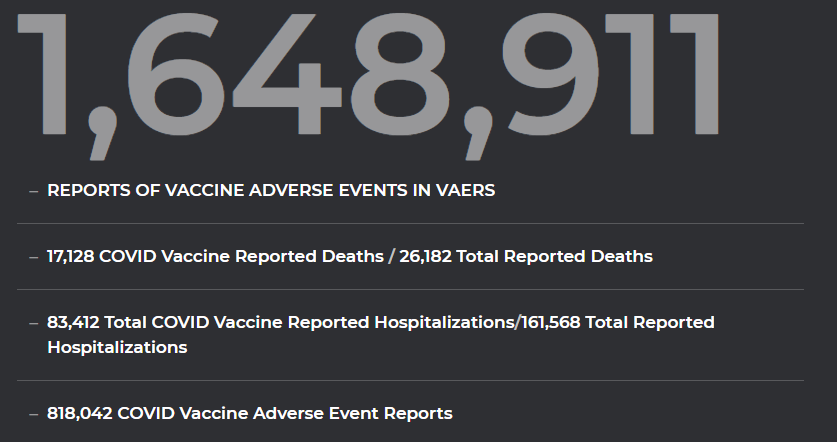 Keep in mind that the VAERS report acknowledges, “It is a voluntary reporting system that has been estimated to account for only 1% (see the Lazarus Report) of vaccine injuries. OpenVAERS is built from the HHS data available for download at vaers.hhs.gov.”

This means the numbers could be up to 100 times more than what has been reported, which is a devastating number.

Imagine that! The reports confirm that nearly 18,000 people lost their lives in less than a year after taking the experimental shots.

Here’s the breakdown of the deaths from the VAERS site as of October 25, 2021. 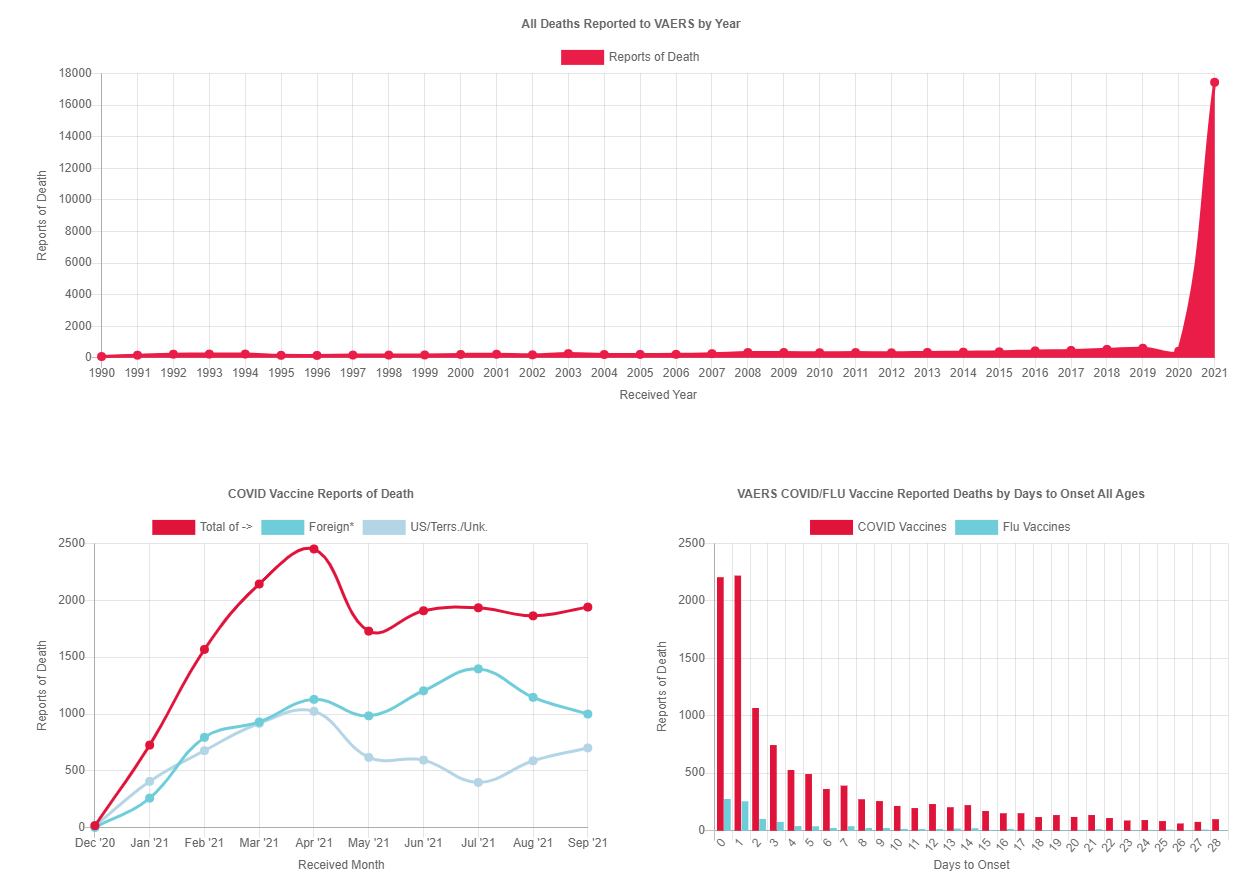 In addition to this information, the list of those who died from the shots by manufacturer were also provided, along with the person’s sex and age. Take a look and see that Pfizer, the shot that allegedly got the approval of the FDA has the highest death rates between them Moderna and Janssen.

Perhaps, there is someone who can explain to me why we are continuing to mandate these deadly poisons for people to work. Perhaps someone can explain to me why they are even being used when it is clear they are not making anyone immune to the alleged COVID. I’ll wait, but the reality is that this is criminal in nature. The manufacturers know what they are doing and don’t care. The corrupt politicians they are buying off know it and don’t care, and it seems that many doctors and nurses know it and don’t care either.

The only question left to ask the People of the united States is how many deaths will you tolerate at the hands of these murderers before you bring them to justice? Will it take tens of thousands of your kids dying before you’ve had enough of this criminal activity?