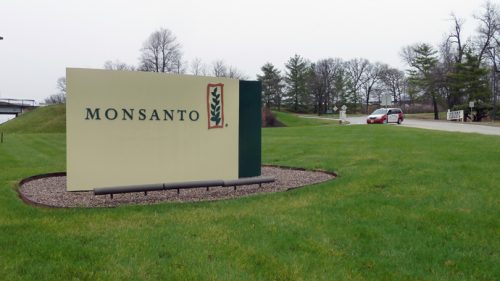 It is the first state to file such a suit, joining cities including Portland, Oregon, and Oakland, Berkeley, San Jose, Long Beach, and San Diego in California. Those cases are ongoing.

Gov. Jay Inslee and Attorney General Bob Ferguson announced the lawsuit at a news conference Thursday afternoon. The PCBs were used in many industrial and commercial applications, including in paint, coolants, sealants, and hydraulic fluids. PCB contamination impacts rivers, lakes, and bays around the US.

Monsanto was the sole producer of PCBs between 1935 and 1979, when Congress banned them.

“PCBs are in every waterway in the state,” said Ferguson. He described PCBs as “one of the most pervasive pollutants in history.”

Gov. Inslee, appearing with Ferguson, spoke of an “omnipresent and terrifically toxic material” and noted that concentrations of PCBs in the southern resident orca population are “one of the highest recorded for any place on Earth.”

PCBs are a major reason the Duwamish River – Seattle’s only river – is now an EPA Superfund cleanup site.

The chemicals accumulate in the tissues of fish and other animals. The state Department of Health currently has 13 fish consumption advisories related to PCBs, covering the Columbia River, all of Lake Washington, and 21 miles of the Wenatchee River, reports SeattlePi.

PCBs have been shown to cause a variety of health problems, including cancer in animals as well as effects on the immune, nervous, endocrine, and reproductive systems.

“PCBs sold at the time were a lawful and useful product that was then incorporated by third parties into other useful products,” Charla Lord, a company spokeswoman, wrote. “If improper disposal or other improper uses created the necessity for clean-up costs, then these other third parties would bear responsibility for these costs.”

But there’s a problem with that claim:

Internal Monsanto documents that show the company long knew about the danger the chemicals posed. In 1937, an internal memo said testing on animals showed “systemic toxic effects” from prolonged exposure by inhaling PCB fumes or ingestion. In 1969, a company committee on PCBs noted, “There is too much customer/market need and selfishly too much Monsanto profit to go out.”

“There is little probability that any action that can be taken will prevent the growing incrimination of specific polychlorinated biphenyls … as nearly global environmental contaminants leading to contamination of human food (particularly fish), the killing of some marine species (shrimp), and the possible extinction of several species of fish eating birds,” a committee memo said.

Monsanto lied about the dangers associated with the chemicals to officials around the country:

In a letter to New Jersey’s Department of Conservation that year, Monsanto wrote, “Based on available data, manufacturing and use experience, we do not believe PCBs to be seriously toxic.”

The state is seeking monetary restitution for damages on several grounds, including product liability for what it described as Monsanto’s failure to warn about the danger of PCBs, negligence, and even trespass for harming the state’s natural resources. A win for the state could potentiallyreap millions – or even billions – of dollars from Monsanto as well as two subsidiaries, Solutia Inc. and Pharmacia LLC.

Is Donald Trump Going To Nominate Ted Cruz To Fill The Open Seat On The Supreme Court?