Home»US»California Business Owner Rejects Mask Mandates – Tells Courts, Prosecutors & Judges: “I Will Give You No Authority Over Us Where You Have None – Because No Crimes Have Been Committed” (Video)
US/Videos

California Business Owner Rejects Mask Mandates – Tells Courts, Prosecutors & Judges: “I Will Give You No Authority Over Us Where You Have None – Because No Crimes Have Been Committed” (Video)

“I Will Give You No Authority Over Us Where You Have None,” said Basilico’s Pasta E Vino owner Tony Roman to the ABC courts, judges and prosecutors in a recent video when he ignored their summons to appear in court for having his business open continually and requiring no masks in violation of the tyranny of Governor Gavin Newsom.

as he has continually stood against the tyrants in government.

The following video is a video every, single business owner in America should watch and then act in a similar manner against the tyranny of the state.

Just as with the first hearing, Roman refused to appear.

According to the court, Roman’s restaurant “has never shut down, remaining fully operational without any restrictions, including banning masks,  in total defiance of all tyrannical local and state government orders since the minute they were announced for California on March 19th, 2020.”

TRENDING:  Video Shows 7 Cops Laugh as A Man Drowns, So a Hero Citizen Jumped In and Saved His Life

Instead of appearing, Roman issued a 14-minute message explaining that no crime had been committed and therefore, he would not submit to their tyranny by showing up to court for something that is not a crime.

Roman created a slogan, “Leave the mask, take the cannoli” that went viral across the country last year. 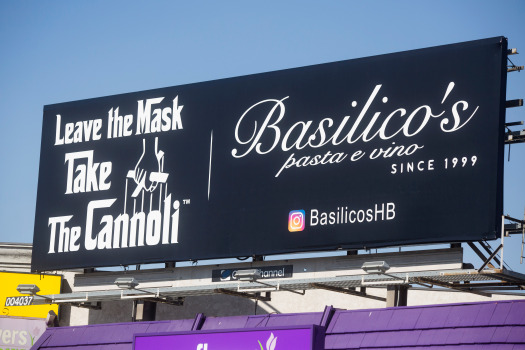 California: Cop Used Badge To Carry Out Armed Robbery Of Legal Cannabis Warehouse – Disguised It As A Raid – Gets 7 Years

California Business Owner Rejects Mask Mandates – Tells Courts, Prosecutors & Judges: “I Will Give You No Authority Over Us Where You Have None – Because No Crimes Have Been Committed” (Video)